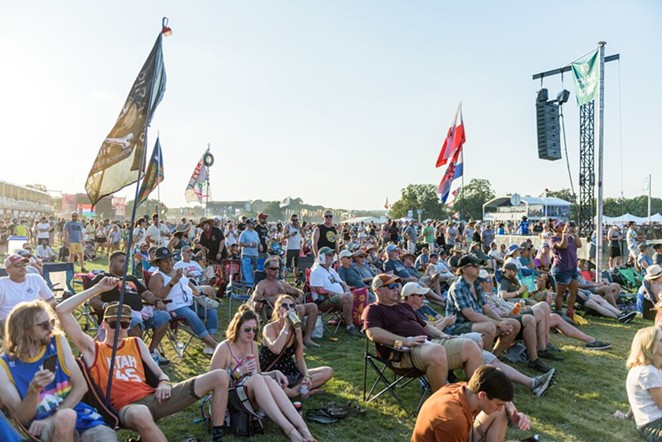 At the 2017 Austin City Limits Festival, I was sardined in with thousands of other people watching Jay-Z perform on the edge of Zilker Park. My feet hurt, and I was dehydrated.

Partway through the performance, I started to wonder why I was even there. Sure, I was hanging with close friends, but I wasn’t even much of a Jay-Z fan. The place I really wanted to be was home.

The experience made me wonder whether anyone really likes festivals or whether fans are simply drawn in by the hype — the promise of seeing a bill stacked deep with must-see acts. With ACL in Austin again, split between last weekend and next, it seemed like a good time to put the question to both fans and performers.

It got a mixed response.

“I especially love ACL,” San Antonio fan Richard Evans said. “I love being able to bounce around and see tons of acts that if I added up the cost of seeing individually would be way too expensive. But seeing some huge acts next to [obscure ones], all during a three-day period is really fun. … One year I watched Dwight Yoakam and then walked over to the main stage to watch the Weeknd, all in the span of an hour.”

Austin fan Lisa Hernandez says she only goes to big festivals like ACL if she has a free pass.

“I hate the crowds and heat, so I don’t want to spend my own money,” she said.

San Antonio’s Karah Carmack would rather experience artists in a more intimate setting. Musicians are often unable to provide their full light and multimedia experience when performing on festival stages and sometimes fail to connect with the audience, she added.

“I don’t feel like the bands put quite as much effort into the show,” Carmack said.

For Austin-based rising pop artist Kady Rain, festivals such as ACL open the door to a whole new audience. While Rain’s tune “R.A.D. Moves” landed on last year’s NPR’s Songs of Summer list and now boasts 190,000 streams on Spotify, she sees festivals as a chance to keep growing her brand.

“Playing ACL is a dream come true for me,” she said. “It exposes you to a whole new audience that you would otherwise never would have found. Because you don’t have the kind of draw that a music festival has, where literally thousands of people are flocking to one place.”

Illinois-born rapper, singer and musician K.Flay, who grabbed two Grammy nominations last year, said she enjoys the challenge of playing festivals. She sees them as an opportunity to engage an audience that might not know her music. 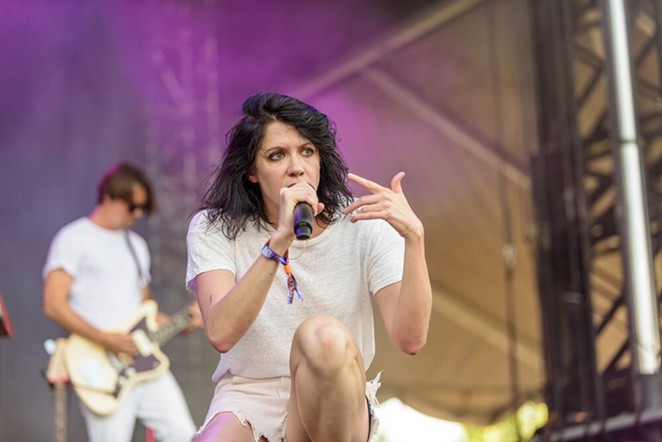 “I’m being led into an environment where I get to meet new people and [have the opportunity] to showcase my individuality as an artist amongst [other artists],” said K. Flay, who is playing both weekends at this year’s ACL.

As for whether audiences get more from seeing performers at a festival or in a traditional venue, K.Flay sees the upside to both.

“I do think people want an intimate experience with bands that they love. I don’t think that’s ever going to change,” she said. “But to me, what a festival is — it’s of course about the music — but it’s a social thing. When I talk to people who are attending festivals, it’s about who they’re going with. And, yeah, on top of that, they’re excited to see X, Y and Z, and that’s going to be a part of their experience. But to me the festival environment is really social, and that’s the driving force.”

Texas has seen a recent spate of festival failures. Fun Fun Fun Fest, Maverick Music Festival and Day for Night have all hung it up, and this year’s River City Rockfest and Float Fest were both postponed. And the flops aren’t limited to the Lone Star State.

Oversaturation has led to the slide in festivals nationwide, industry observers point out.

“It might be partly that people are less interested now [in music festivals] than they were before, but I think a bigger part is that there’s so many festivals,” Austin concert promoter Graham Williams said of the spate of failures.

Pop artist Rain said music festivals could stay fresh and relevant by booking more up-and-coming artists to balance out the established ones. However, she doesn’t want to see them disappear.

“Music festivals are a really special thing, and I think we should work really hard to continue to have curated music festivals for specific genres and alternative genres,” Rain said. “They’re the perfect place to discover new music. You can be walking past a stage and discover your favorite new band.”