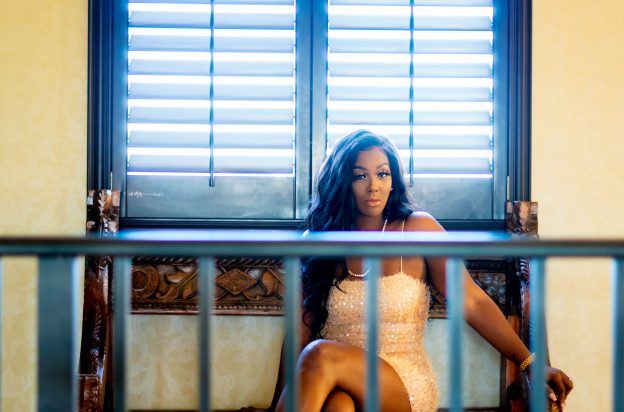 Las Vegas, Nevada – July 17, 2020 – If there is something Alli’ Starr cannot do, she has yet to find it. An actor, dancer, and R&B singer – a triple threat with a new single, “Old Flames,” available now on all major music and streaming sites. That’s not all though, the video for this soulful addition to the music landscape will be out July 21, 2020.

“Old Flames” could sit on a playlist right between the modern ways of artists like SZA and Normani, and ‘90s powerhouses like TLC and Mariah Carey. Alli’ Starr’s voice carries itself in a delicate but powerful way. Every melody comes through so gracefully, but yet so moving. It is one of those songs where the harmonies will be with listeners days after listening. The perfect type of song for the airwaves. On top of her new single, Alli’ Starr will be dropping a video for the track as well.

Alli’ Starr broke into the Las Vegas scene at the start of her career, and has since toured around the world opening up and singing background for the likes of Lyfe Jennings, Ronnie Laws, Mya, and many more. When Alli’ is not touring all over the world you can catch her headlining all over the Las Vegas strip, including being a featured singer for Barbara Streisand’s background group at the MGM Grand.

Those interested in adding new R&B to their playlists, featuring or premiering “Old Flames” on their site, or interviewing Alli’ Starr for their site, podcast, or radio show can reach out via the information provided below.