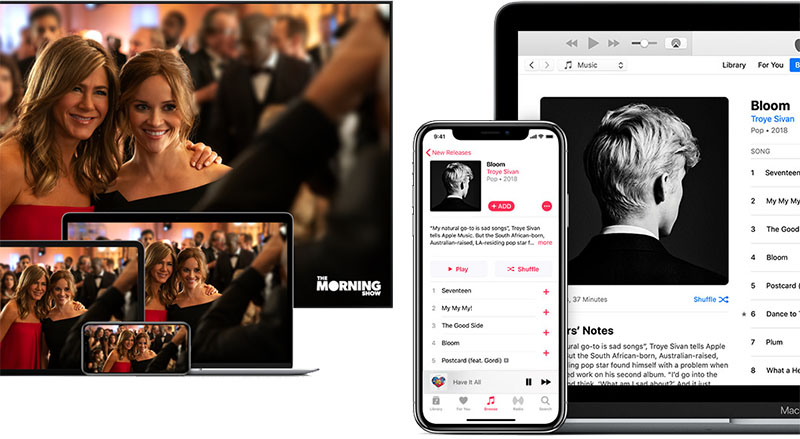 Apple is in early discussions with record labels about bundling Apple Music and Apple TV+ as part of a “super-bundle of media content” for one flat monthly rate, according to a report from the Financial Times.

The report adds that the two sides have not yet discussed a pricing formula, so it is unclear what Apple would charge for its Apple Music and Apple TV+ bundle. It is also unclear if the bundle would extend to Apple’s other subscription-based offerings like Apple News+, Apple Arcade, AppleCare+, and iCloud storage.

Apple Music costs $9.99 per month for individuals in the United States, with a $4.99 tier for students. Apple TV+ will cost $4.99 per month, with a free one-year subscription available to customers who purchase any iPhone, iPad, Apple TV, iPod touch, or Mac as of September 10 and later.

The total cost of Apple Music, Apple TV+, Apple News+, and Apple Arcade rounds to $30 per month, so the bundle would presumably undercut that amount to incentivize customers to subscribe to all of the services.