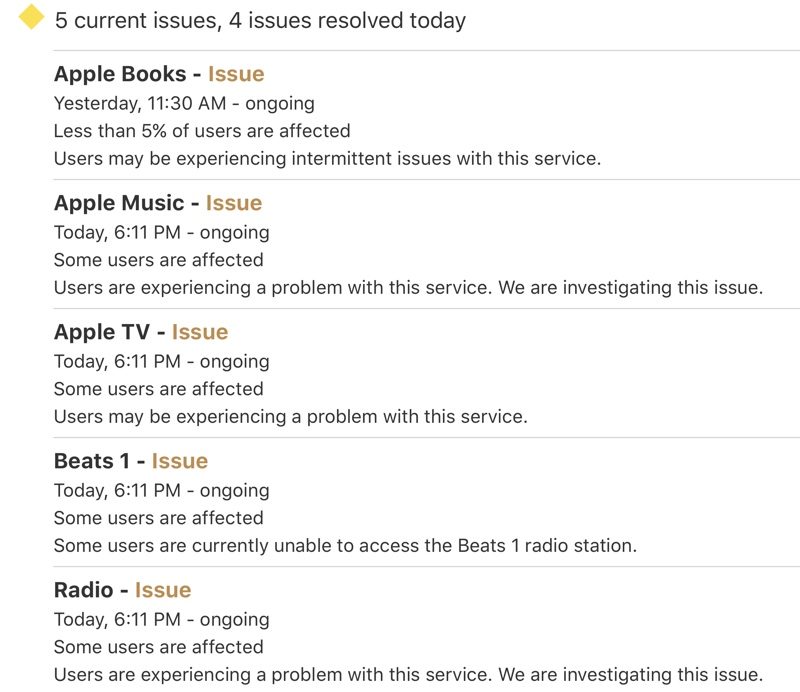 There have been multiple complaints on Twitter about movies being interrupted mid-play along with issues accessing Apple Music. Apple’s site says the services have been down since 6:11 p.m. Pacific Time.

Apple is investigating the issue, though it’s not clear when the services will come back up. Most outages are brief. We’ll update this post when the problem has been resolved.

Update: According to Apple’s System Status page, the services are now working again.