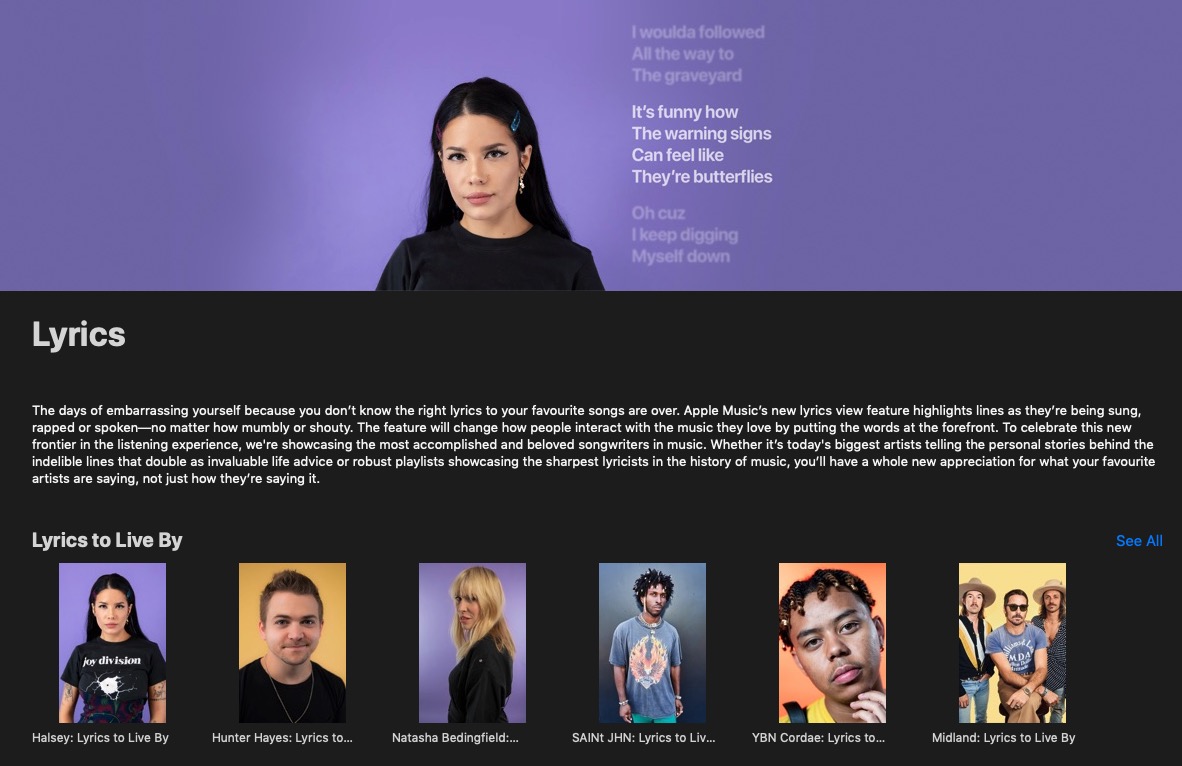 Apple Music has gained a new video page called “Lyrics to Live By” featuring interviews with popular artists, following the launch of its time-synced lyrics feature last week (via Billboard).

Part of iOS 13, which was released last week, real-time lyrics lets Apple Music listeners view song lyrics in a karaoke-style while songs are playing, and the new dedicated page serves to showcase the new feature.

According to the page’s description, “Lyrics to Live By” is intended to “celebrate this new frontier in the listening experience.”