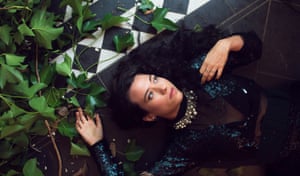 For a songwriter with only one EP under his belt, Melbourne’s Didirri writes impressively mature compositions: tight, powerful songs that sound like they could have slotted on to FM playlists any time over the past half-century. Blue Mood Rising is his most assured yet, the guitars and vocals swelling and dipping to match the lyrical intensity, as the well-woven rhythm section chugs confidently. Teaming up with Evermore graduate Dann Hume was a good idea, too: Hume has quietly produced many of the classiest Australian pop songs over the past decade, and Blue Mood Rising is no exception. Didirri’s voice is pushed to the forefront where it belongs, with Hume’s sharp, bright production adding the perfect sheen.

For more: Didirri will be joining Middle Kids’ national tour in November, and playing at This That festival in Newcastle on 9 November.

Starting with a twanging bassline that sounds like it emerged from Sub Pop luminary Jack Endino’s studio, before making gleeful use of the well-trodden soft/loud, verse/chorus dynamics that permeated grunge, it’s only Ben Marwe’s charmingly laconic drawl that indicates this track didn’t actually come from Seattle during the early 90s. Bad//Dreems have always excelled when it comes to earworm choruses that careen and crash, and this is among their best, yelping and blasting distortion in such a way that you can’t help imagining them bashing through this song at a sweaty, 200-capacity venue.

For more: Bad//Dreems’ third album Doomsday Ballet is out 18 October. They are touring nationally in October and November.

For fans of: Holly Throsby, Antony and the Johnsons, Joni Mitchell

One of the most effective TV advertising techniques is silence. Amid the white noise of an ad break, a sudden stillness instantly grabs your attention, causing you to look up from whatever device is sapping your attention. Caiti Baker’s slow-burning Gone is punctuated with moments like that, air swirling as the music hangs somewhere in the ether. It forces you to listen carefully – but even without the pauses, Baker’s formidable songwriting should still have the same effect; nothing less than your full attention will suffice. Gone veers from a lonely ballad into a torch song then quickly back again, warped backing vocals sounding like a haunted chant from deep within the trees. It’s an interesting production choice that transforms this subdued piano-driven song into its own strange beast. Beautiful.

For more: Baker’s new EP Dust (Part 1) is out soon. In the mean time, check out her debut album Zinc.

For fans of: the Police, Arctic Monkeys, Razorlight

Lime Cordiale are fast proving themselves to be one of the most impressive bands in the land, leaping from May’s Inappropriate Behaviour, which sounds like it came off an NME sampler released around the time of Inbetweeners, to this spritely, bouncing number. And while the former seems to lean a little closer to the material on their previous two albums, it’s breezy tracks like Robbery that will see Lime Cordiale sitting up the business end of the Hottest 100 in a few short months. This has the feel of the Police before Sting got bored and Andy stopped caring, with slight dub influences, falsetto hooks and a mock-reggae accent that – unlike the Police – falls on the right side of parody. Post Malone just started a new management company and signed these guys up, so enjoy their next run of gigs, because this time next year they’ll be exclusively playing arenas. Possibly with airhorns.

For more: Lime Cordiale are touring nationally throughout October, November and December, with sets at a bunch of summer festivals too. 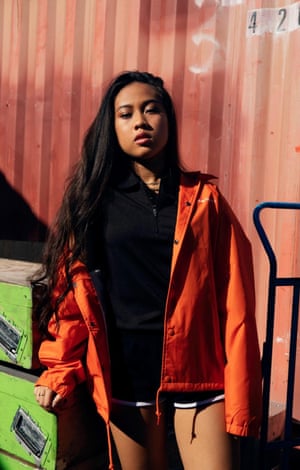 For fans of: Rihanna, Drake, Tinashe

At only 19, and with just two studio singles under her belt, Lara Andallo is already one of the most promising R&B artists in Australia. With a bedding that sounds like it could be lifted from a Drake album, and Andallo’s versatile vocal flitting from rapid-fire scattergun to honeyed soul, 180 is ripe for international success. Lil Spacely jumps in at the midpoint with a brief guest verse that complements Andallo’s vocals without swamping the track, meaning you want to hear a lot more of this young Sydney rapper, too. This is Andallo’s show though, and given she recently signed to a major label, it’s a safe bet that before too long she’ll be one of our biggest exports.

Archie Roach – Open Up Your Eyes

It’s been just shy of three decades since Archie Roach released his sublime debut album Charcoal Lane, and in that time he has become one of Australia’s most invaluable storytellers. Open Up Your Eyes was the first song Roach ever wrote, and this re-recording is made all the more poignant due to the years that have passed between. The song tells a tale of hope and suffering, teaching without lecturing. In three brief verses he manages to detail his own journey, from leaving a foster home at 15, battling with booze and internal torment, and finally finding safe harbour the only way possible: by bearing the storm. Roach manages to capture the eternal struggle of humanity with word economy on par with all-time classics like Eleanor Rigby or The Old Man and the Sea. “I picked up the guitar and started strumming and – bang – it just came, the melody and the rhythm and everything, all at once,” he recalls. This is life-affirming music and Archie’s tale of resilience could just be the soothing salve some of his lost listeners need right now.

For more: Roach’s ninth album Tell Me Why contains a mixture of reimagined Roach classics, unreleased songs and covers. It will be out on 1 November, along with his memoir of the same name.

Cool Sounds is not just a clever name. This Melbourne five-piece have just released their third studio album, and rather than restraining their oddball approach, they have doubled down on the insanity, with the results sounding like a Neil Young song being covered by Muppets whose felt bodies have been dipped in acid. Although Hula Hoop Group sounds like a cut from the outsider artists that appeared on the Songs In The Key Of Z compilations, this is by no means impenetrable: the music is bright and catchy, the hooks are plentiful, and a silly slide guitar bounces around in slow motion giving off summery holiday vibes, where the tar melts on the road, sunspots hover like flies and the heat warps your brain just a little.

For more: Cool Sounds’ album More To Enjoy is out now. The band will tour the east coast this month. 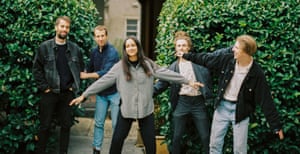 One of Australia’s finest rappers wraps his finessed vocals around a looped soul sample on this first taste from his forthcoming EP. The brief track is more of a taster than a single proper, a two-minute smash-and-grab that would fit comfortably in one of Kanye’s 2010 GOOD Fridays drops. Unlike Kanye, though, Kwame’s confidence never comes across as hubris (despite numerous boasts). The laid-back way in which he halts to let the beat catch up, bursts into sing-song, laughs, chatters, and the thrown-off freestyle feel of his rhymes suggests that – as he predicts – this won’t end up on radio, but that’s clearly not the intention here. This is a calling card.

Hallie – Stuck In The Mud

“I’ll make muffins and I’ll save one for you, ‘cos that’s what people in love they tend to do,” is one of the most depressing lyrics of the year, painting a perfectly empty picture of someone play-acting at love until her heart hopefully catches up. Hallie recently won the triple j Unearthed competition – and when listening to this fully-formed pocket symphony, it’s not hard to work out why. “It’s fine, it’s fine, it’s fine”, she repeats in one breathe, while admitting she’s stuck in the mud with another – but this push and pull can’t mask her true feelings. It should take a lifetime of torment to write narrative tunes this gripping, but at only 20 Hallie has somehow cracked the condition.

For more: Hallie’s Wink Wink Nudge Nudge EP is out now; she is touring the east coast later this month.

For fans of: the Flaming Lips, Lorde, Kate Bush

Flume and Vera Blue premiered this song at Lollapalooza in August, and the consensus was immediate: this is a next-level hit. Flume has proven best when he has a collaborator worthy of his productions, and Celia Pavey doesn’t disappoint, gifting this song with a masterful vocal that skips from a chesty croon to a strong falsetto. Flume matches her intensity with one of his most inventive sonic beds to date, a minimalist beat interjected with chaotic backwards keyboard parts that sound like he is manning a drum machine and rewinding an overdue video tape at the same time. Sitting somewhere between Noel Gallagher’s Beatles-cribbing experiments with the Chemical Brothers, and Kate Bush had she gone clubbing on the moors, this is a great avant-garde pop single.

For more: Flume is playing at Listen In on 4 October in Auckland and 6 October in Adelaide, and Listen Out on 5 October in Sydney.