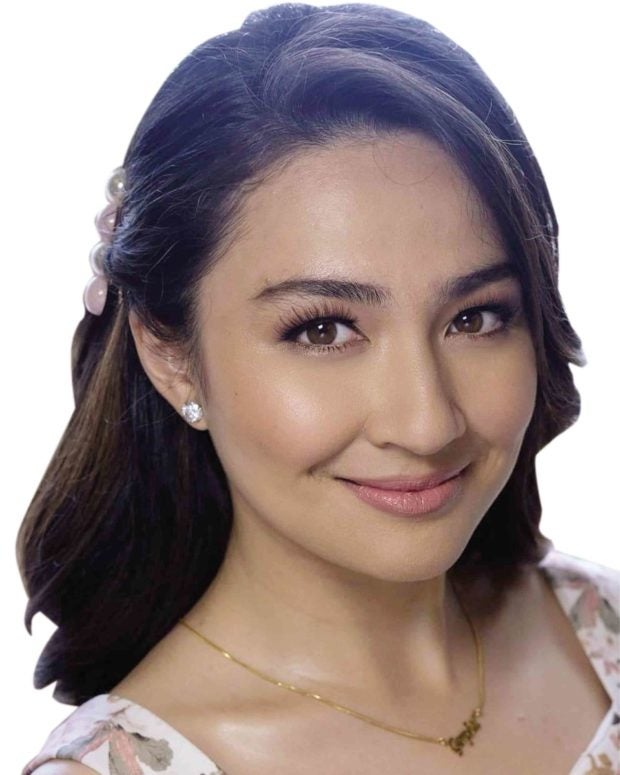 If you think “Asia’s Got Talent” judge David Foster’s “Golden Girl” Gerphil Flores is going to step away from the spotlight after getting married, think again.

Gerphil recently tied the knot with Brad Libanan after being together for 10 years. And just two days after, she was back onstage for the tribute concert for OPM icon Rico J. Puno at Music Museum, where she performed alongside Pilita Corrales, Eva Eugenio and Claire dela Fuente.

We caught up with Gerphil for this feature just a few hours after she wrapped up a singing engagement in Singapore. The three-time Aliw Award winner for best crossover performer and best classical singer said that she is currently preparing for a concert with the Manila Symphony Orchestra (MSO), dubbed “Music from the Movies,” on Aug. 8 at SM Aura Samsung Theater in BGC, Taguig City. (Call Finex at 811-4052 and 811-4184 for details.)

“This benefit concert is being produced by the Financial Executives Institute of the Philippines (Finex) as part of its activities celebrating its 50th year,” Gerphil said.

The concert will feature songs from films, like “Never Enough” (from “The Greatest Showman”), “We are the Champions” (“Bohemian Rhapsody”) and music from “La La Land.” It will also pay tribute to Audrey Hepburn on her 90th birth year, wherein Gerphil and the MSO will perform “Moon River” (“Breakfast at Tiffany’s”).

Indeed, it has been an amazing journey for “Asia’s Golden Girl,” who began as a musical prodigy by singing arias at age 3. As a child, Gerphil grew up surrounded by music and was exposed to different genres like classical music, Broadway standards and jazz.

“I’m a big fan of Sarah Brightman, Renée Fleming and Lea Salonga. I admire their musicality. They’re artists who are not afraid to try something new with their music.”

Having carved a niche and trained in classical music makes Gerphil a standout from the rest of the local acts. As an artist, how can she make her genre more accessible to the public?

“This is one reason why I identify myself as a classical crossover performer. It’s called ‘crossover’ because you can rearrange pop songs and put a classical spin into it, or rearrange a classical piece to make it sound modern. Then, it will be easier for the public to appreciate the genre,” she said.

Gerphil said that her life before and after her stint in “Asia’s Got Talent” has been a roller coaster ride.

“There are challenges along the way, but it’s all part of the journey,” she said. “Whatever your career is, whether you’re a lawyer, businessman or painter, you might have supporters, but you cannot control negative criticism. There’s also politics within the workplace and rumors are inevitable.”

She added, “My experience from ‘Pilipinas Got Talent’ was also an exciting event in my career, and I never regarded the judges’ comments as negative. I respect that.”

“It doesn’t matter if it’s in front of a big crowd or an intimate audience, I still get nervous whenever I perform,” she admitted.

Can fans expect another collaboration between her and David Foster? “I’m keeping my fingers crossed for that. There are other amazing artists I’d love to collaborate with, but if I were to name a few, it’s my dream to work with Andrea Bocelli and André Rieu,” she shared.

It’s no secret that Gerphil also took the thespic route, appearing in musicals like Repertory Philippines’ “The Sound of Music,” Trumpets’ “High School Musical” and “First Name” and essayed the lead role of María Clara in Gantimpala Theater’s “Noli Me Tángere.” Gerphil also took on roles in operas like “Merry Wives of Windsor” and “Madame Butterfly.”

Asked if she would be interested in going back to theater, she said, “Musical theater and stage plays will always have a special spot in my heart. I’m open to joining new theater productions anytime.”

On her favorite opera and dream role, Gerphil said: “My favorite opera is Mozart’s ‘The Magic Flute.’ I love the music and the story. My dream role in this opera is that of the Queen of the Night, whose song is one of the most challenging arias ever. I like the contrast between heavy and light music.”

“If I were to choose only one role in a musical, I would say Eliza Doolittle in ‘My Fair Lady,’” she added.

“I still teach piano and give voice lessons. I hope to put up my own music school soon. I can’t wait to share the gift of music for all ages.”