The agreement covers such classics as “I Saw a Tiger” and “My First Love.” 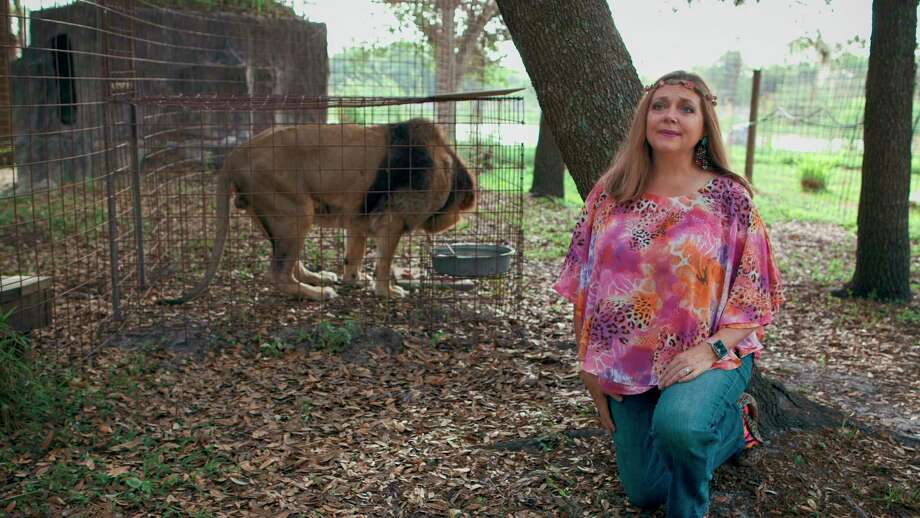 Looks like the band behind the songs featured in Netflix’s wildly popular “Tiger King” are finally getting their share of the spotlight.

Vince Johnson, one half of The Clinton-Johnson Band who wrote and performed the songs Joe Exotic tried to pass of as his own, has officially signed an exclusive worldwide licensing and distribution deal with BMG Rights Management and Create Music Group. The agreement covers such classics as “I Saw a Tiger” and “My First Love.”

The deal was signed with entity the Vince Johnson Band, not the Clinton-Johnson Band, as Daniel Clinton, Johnson’s musical partner, died last year of a heart attack. Under that name, Johnson is set to release a compilation album containing all of the songs he and Clinton wrote that were featured in “Tiger King.”

Johnson will release a few new tunes as well, including “Killer Carole,” which was uploaded to YouTube on May 23 and became available on streaming services today. The song stays within the style and theme of those featured in the documentary, bolstering the conspiracy that Exotic’s enemy Carole Baskin fed her husband to tigers over outlaw country instrumentals. In addition to the song, the YouTube video is also a music video of sorts, with stock images reflecting its lyrical content.

Johnson first made headlines soon after the release of “Tiger King,” when he told TMZ that he and Clinton were the voices behind the songs that the documentary passed off as Exotic’s. In the article, Johnson mentioned hoping to get a record deal out of the fame of his tiger-themed songs – and though a licensing deal isn’t quite that, it is certainly a step in the right direction.

“No prior recordings of Johnson’s music were authorized, but once these recordings are released, cover versions will be lawful,” reads a statement announcing the deal. “This is Johnson’s first publishing agreement for these songs and others he’s written and is also the band’s first recording agreement.”

Said Mary Plotas, A&R at Create Music Group: “Vince’s music has been a part of one of the biggest television events of the year. We are thrilled to be working with an artist who creates such powerful viral moments through his music.”

Johnson is represented by business manager Steve Tramposch of Launchpad Media / Artist Alliance. Marc Jacobson acted as attorney for Johnson, who said, “The team at BMG impressed me with their faith in my songwriting.  We look forward to a long relationship with them. The people at Create were enthusiastic about this music as soon as it was released, and I am glad to be in business with them.”

Listen to “Killer Carole” by The Vince Johnson Band below.