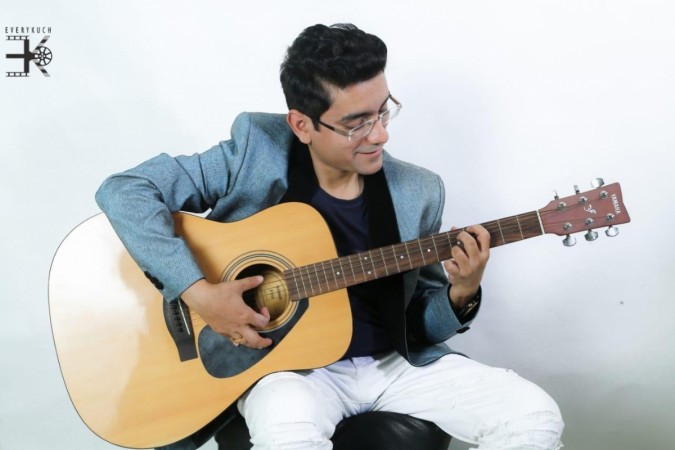 Sanket Banker is a versatile singer, performer and a popular Youtuber based in Mumbai. He is ranked #2 on ReverbNation’s Mumbai Pop charts (July 2019) and his music videos garnered close to 3 million views on Youtube last year. A self-confessed fan of Kishore Kumar, Shankar Mahadevan and Pritam, Sanket takes a special liking to mimic Kishore Da’s characteristic yodelling style. He has demonstrated his versatility by showcasing songs of different moods on Youtube, cutting across emotional and peppy genres.

Very few are aware that Sanket is a successful banker-cum-investor. Although he always dreamt to be a playback singer, his mother knowing the rigours of the industry and the time required to establish oneself, challenged him to pursue MBA degree from the prestigious Indian Institute of Management (IIM) as a pre-condition to allow him to pursue a career in music. Sanket did complete his MBA from IIM-K, post which he also took up a job offer at a leading American bank. However, despite the heavy workload and severe time constraints, Sanket always took out time for riyaaz and pursued his passion for music relentlessly alongside his successful banking career. He honed his skills by studying classical music at the Shankar Mahadevan Academy and is also vocally trained at the Berklee School of Music.

Sanket and his band have performed at several prestigious venues and have also featured on DD Sahyadri’s chat show (January 2019). His new releases include a friendship anthem released this month by Hungama Artist Aloud, a platform by Hungama that supports and promotes independent music, and a Nepali song on brother-sister relationship in collaboration with the legendary Nepali singer, Anju Panta.

Sanket’s songs are available on all leading streaming platforms and his music videos can be viewed at his Youtube channel .