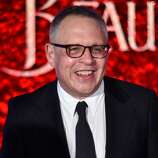 Bill Condon is back in business with Disney, developing a musical based on Charles Dickens’ “A Christmas Carol.”

Oscar-winning songwriter Stephen Schwartz has written the music for the film, told from the point of view of Jacob Marley. In Dickens’ story, Marley is Ebenezer Scrooge’s deceased business partner. He warns Scrooge that he will be visited by the Ghosts of Christmases past, present and future, who will give him a chance to change his miserly ways. Dan Jinks and Greg Yolen are producing the movie, called “Marley.”

Dickens’ novella has remained popular since its first publication in 1843. It’s been adapted numerous times for the big screen, including Disney’s 2009 motion-capture version directed by Robert Zemeckis starring Jim Carrey as Scrooge. Apple won rights earlier this month for a live-action musical take on “A Christmas Carol,” toplined by Ryan Reynolds and Will Ferrell, with writer-directors Sean Anders and John Morris attached.

Condon won an Oscar for writing “Gods and Monsters” and was nominated for the movie adaptation of the musical “Chicago.” He also directed “Dreamgirls” and the final two “Twilight” films. His “Beauty and the Beast” remake grossed more than $1.2 billion at the worldwide box office. Condon also directed the upcoming “The Good Liar,” starring Ian McKellen and Helen Mirren.