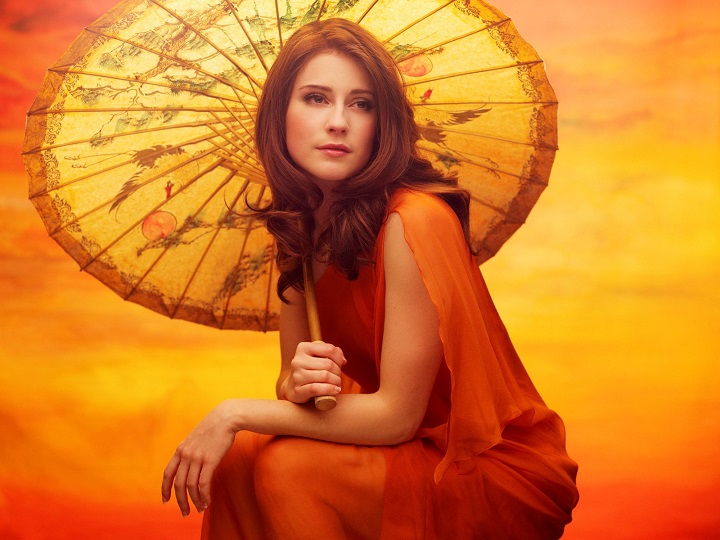 Music lovers have the chance to attend a special concert at the University of Birmingham marking the Chinese New Year with a magical fusion of East and West – and a special appearance by the winner of the ‘Chinese X Factor’.

World-class pianist Di Xiao will be joined by vocalist Mary Jess, who won the I Want to Sing to the Stars TV singing contest watched by over 70 million people across China. The concert will also feature multi-instrumentalist Ruth Angell and guitarist/composer Sid Peacock.

The musical trio will help the University’s China Institute to celebrate the arrival of the Year of the Rat with a mix of traditional Chinese and Western pieces. The concert takes place on Friday, 24 January 2020 at 6.30pm, in the Elgar Concert Hall at the University of Birmingham. Tickets are free-of-charge and can be booked at https://birmingham.ac.uk/chinese-new-year-2020.

The event highlighted the University’s engagement with China, which ranges from research collaborations with the country’s best universities to working alongside the municipal government in Guangzhou.

Professor Jon Frampton, Deputy Pro Vice Chancellor (China) and Director of the China Institute, said: “Chinese New Year offers the perfect opportunity for the University of Birmingham to reflect upon our proud and longstanding relationship with China, which spans over 100 years.

“We were delighted to welcome all our musicians to this outstanding event, but we’re particularly excited to welcome Mary Jess who sang, watched by over 70 million people across China, to win the Chinese version of the X Factor.

“Our celebration also gives us the chance to bring together people from the diverse communities in the University, as well as further afield in the city, which have an interest in Chinese culture and working with Chinese partners.”

Birmingham’s relationship with China dates back to the foundation of the University. The first Chinese student joined the University in 1907 and there are now over 14,000 Chinese alumni.

There is also a strong musical connection with China, as the first original Chinese violin composition was Difficult Road (Xinglu Nan), composed in 1919 by Birmingham’s famous geology alumnus Li Siguang.

The University of Birmingham launched its China Institute in 2012 to gather together its wide-ranging research and teaching activities with Chinese partners and to encourage inter-disciplinary research across the University that focuses on collaboration with China.

In addition to the Birmingham-based Institute, the University established a presence in Shanghai in 2009 and opened the Guangzhou Centre in 2011, to host its activities in China. The China Institute recently published a report on the University’s economic and social impact in Guangzhou.


Notes to editors:
For more information or photos, please contact Tony Moran, International Communications Manager, University of Birmingham on +44 (0) 121 414 8254 or +44 (0)782 783 2312. For out-of-hours enquiries, please call +44 (0) 7789 921 165.
The University of Birmingham is ranked amongst the world’s top 100 institutions, its work brings people from across the world to Birmingham, including researchers and teachers and more than 6,500 international students from nearly 150 countries.
The China Institute is a central hub for Chinese interests at the University of Birmingham. It brings together people, ideas, funding, research and academic excellence to help create opportunities to work in partnership with China.
Notes to editors:
Di Xiao

Described as ‘a pianist of awesome gifts’, Di Xiao’s international career started at 17, when she played the Yellow River Piano Concerto for the Malaysian Royal Family in Kuala Lumpur. Subsequently, she has taken to the stage across the globe and in 2009 was selected as the UK’s representative to the universally acclaimed European Concert Halls Organisation (ECHO) Rising Stars series, which took her to some of the world’s most prestigious concert halls. In 2019 Di completed a sold out tour, which took in 8 cities across China, showcasing her new album “Femmes de Legende” which features female composers. The recording was described as ‘fascinating and stimulating’ by the Pianist Magazine. Di is director of the International Piano Academy and in 2017 was awarded the ‘Big Ben Award Top Ten Outstanding Chinese Young Persons Prize’.

Whilst studying Mandarin Chinese in China, Mary-Jess won ‘the Chinese X Factor’. Shortly after, she released her début album ‘Shine’ with Decca, which won numerous awards. Mary-Jess has toured with Russell Watson and G4 as their special guest soprano, performed with Sir Tim Rice and Don Black, sang to royalty in Windsor Castle, appeared on numerous national TV programs both in the UK and in China, and was chosen to sing the Downton Abbey theme tune. She also performed at the FA Cup Final in Wembley Stadium singing ‘Abide With Me’ in front of a live audience of 90,000 people and a worldwide television audience of 300 million people. After singing at The GREAT Festival of Creativity in Shanghai, Mary-Jess was invited to Number 10 Downing Street where she was asked to become the next representative of The GREAT Britain Campaign, and so she now represents UK music in 144 countries around the world. She is also a ‘Leading Light’ of the Generation UK China Network, an initiative set up by the British Council in China to encourage links between the UK and China.

Ruth was raised in Derbyshire, England. She is a multi- instrumentalist, singer, composer and arranger. After completing her studies at Birmingham Conservatoire Ruth became a member of The Rainbow Chasers led by folk legend Ashley Hutchings of Fairport Convention. Ruth also works with Ashley on projects including Morris On, the Larkrise Band and Psychedelia to Sonnets. She works as a core member of several bands and as a session musician. Ruth has recorded and performed with numerous artists including Jamie Smiths MABON, Rufus Wainwright at the BBC Radio 2 Folk Awards 2016, Jim Moray, Andrea Begley (winner of The Voice 2013) among others. Ruth was a finalist in the International Song Writing Competition 2013 and received the Birmingham Conservatoire Composition Prize at her graduation. As violinist and vocalist Ruth is a key member of Sid’s SURGE Orchestra. Ruth is working in a new folk string quartet called The Froe. They have released an EP, been broadcast on BBC Radio 2 and are performing regularly throughout the UK. Her latest project is a duo with the singer songwriter Becky Mills and they are touring throughout the UK in 2019/20.

Sid was born in Bangor, County Down, Northern Ireland. In his youth he played in rockabilly and folk bands and taught himself music theory whilst working in the local library, leaving for England in 1997 to pursue formal studies. Arriving at Birmingham Conservatoire in 2000 he met Ruth and set up SURGE Ensemble which is now a 22 piece Orchestra. SURGE has performed at festivals throughout UK and Ireland and been recorded for broadcast on BBC Radio 3. Sid has a new studio recording of SURGE orchestra coming out in 2019. Sid’s composition Hallucinogenic Garden was nominated for a British Composers Award and SURGE’s 2nd CD La Fête was launched at Midlands Arts Centre with jazz great Django Bates as special guest. Sid is currently Associate Artist at Midlands Arts centre and presents regular concerts and festivals throughout the year. His musical interests span folk, roots, jazz and classical, working with musicians from around the world and has held residencies in Poland, Berlin, Paris, Ireland and recently as musician in residence with Sichuan Opera Troupe in Chongqing, China.