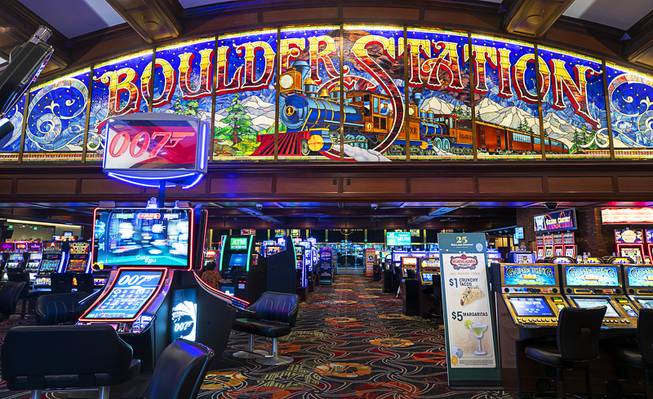 Station Casinos has used a template to create success with its chain of neighborhood casino resorts sprinkled around the Las Vegas Valley. But while there are similarities between properties and their offerings and programming, each destination has its own style, a sort of personality determined by its location and clientele.

“All the casinos have basically the same slot machines and table games, but for me, both as an operator and a consumer, it’s about the experience,” explains Paul Pippin, general manager at Boulder Station, which celebrates its 25th anniversary this month. “Guests become loyal because of the experience created there. We’ve had amazing customer service scores and feedback from our guests, but there’s always room for improvement and we strive for that each day. Here at Boulder, there are three pillars we live by, and those are service, security and cleanliness. It doesn’t matter how much marketing you do, if you’re not operating at a high level with those three things, the guest doesn’t want to be there.”

Those pillars anchor Boulder Station’s steady success. It opened Aug. 23, 1994, as a pivotal project for the company: As just the second hotel-casino after Palace Station, it signified the beginning of a local gaming and entertainment dynasty. The company also operates Red Rock Resort, Green Valley Ranch Resort, Sunset Station, Santa Fe Station, Texas Station, Fiesta Henderson and Fiesta Rancho, as well as its newest acquisition, the renovated Palms resort just off the Strip.

Like its predecessor Palace Station, the 300-room property on the Boulder Strip is a workhorse in the portfolio, with a spacious casino always at the core of the programming but a wide selection of offerings from restaurants to live entertainment to meeting space, plus family-friendly fun like its 11-screen movie theater and Kids Quest.

Even with so much to choose from, Boulder Station has always remained focused on those service-oriented pillars, says Pippin.

“We really train our team members on that throughout our properties and take great pride in embracing that culture. We have nearly 60 original Boulder employees who have been here since Day One, and that’s a testament to that culture we try to create for our team members and explains why we have guests who come back 27, 28, 29 times a month.”

Boulder Station has been celebrating the anniversary throughout August in different ways, including $1 tacos and $5 margaritas at the popular Mexican restaurant Guadalajara, and commemorative glassware at all casino bars that guests can take home when enjoying $4 Miller Lites and $5 Jack Daniel’s shots.

But the real action happens soon when the regular Friday night casino drawings for $1,000 cash will culminate in a final event on Aug. 30, when 25 winners will split $25,000 plus all unclaimed prize money. There’s a $25,000 anniversary bingo game on Aug. 25 from 11 a.m. to 3 p.m. with a $25 buy-in. And the weekend entertainment lineup culminates in a concert from classic rock favorites Night Ranger at the Railhead.

Bingo has always been a big deal at Boulder Station, and the revamped bingo room that opened last year is an example of the many ways the property has evolved to suit its patrons. The Railhead has been home to rock and blues acts since the beginning, but it also accommodates weekly Latin music acts that have brought a younger audience to the property. The same goes for a new partnership with the Las Vegas Lights FC and new big screen TVs installed at Guadalajara for watch parties.

The casino also scheduled a gala this week to celebrate its many long-term team members. Pippin says taking care of employees is essential in providing the best guest experience.

“This company really has a family atmosphere that I feel pushes it that much closer to the community,” he says. “It really stems back to the legacy that [Frank Fertitta Jr.] created at Palace Station, wanting to have that special place for locals.”