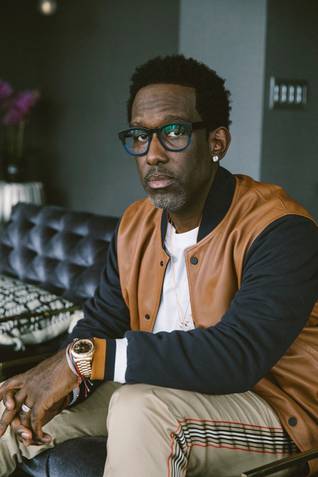 Boyz II Men has scored some major TV time recently as the legendary R&B group popped up on the latest episode of NBC’s “Songland” songwriting competition show Monday night and previously performed a surprise, recorded-from-home rendition of “A Song for Mama” with Kenny “Babyface” Edmonds on the season finale of “Saturday Night Live” on May 9.

Shawn Stockman says the “SNL” performance was a great example of the musical potential that exists despite the ongoing health crisis and the need to stay separated from his bandmates.

“It was really eye-opening in the sense of understanding how much can be done even in this current status we’re all in,” the singer and songwriter says on the latest episode of the Sun on the Strip podcast. “Honestly it was one of the more beautiful presentations we’ve done in a long time because it was stripped down of all the bells and whistles. It was just real. Especially for this particular song and what we’re going through right now, it felt very human.”

Along with fellow founding members of Boyz II Men Nathan Morris and Wanya Morris, Stockman has been performing in the group’s unique Las Vegas Strip residency show at the Mirage for nearly seven years.

“We are looking forward to getting back, not in a rush because we want to make sure the experience is the same for people, if not better, for everyone to enjoy the show and feel good about being there,” Stockman says. “These are times where you know you’re fortunate to have these types of institutions. It’s a daunting situation but it also makes me feel very grateful we have been able to do this as long as we have and knowing once all this is done, we’ll have a home to go back to.”

Stockman officially released his first solo album, “Foreword,” earlier this year and has been using this unforeseen downtime to write new music of his own and work on new material for Boyz II Men.

“I think you’re going to see a bit of both,” he says when asked about new releases. “I’ve been writing a song or two a day in my house, just trying to figure out which ones would be cool to release. This is a world that is craving content so maybe I’ll release a single here and there.”

Listen to this and more on the Sun on the Strip, also available at Apple Podcasts.