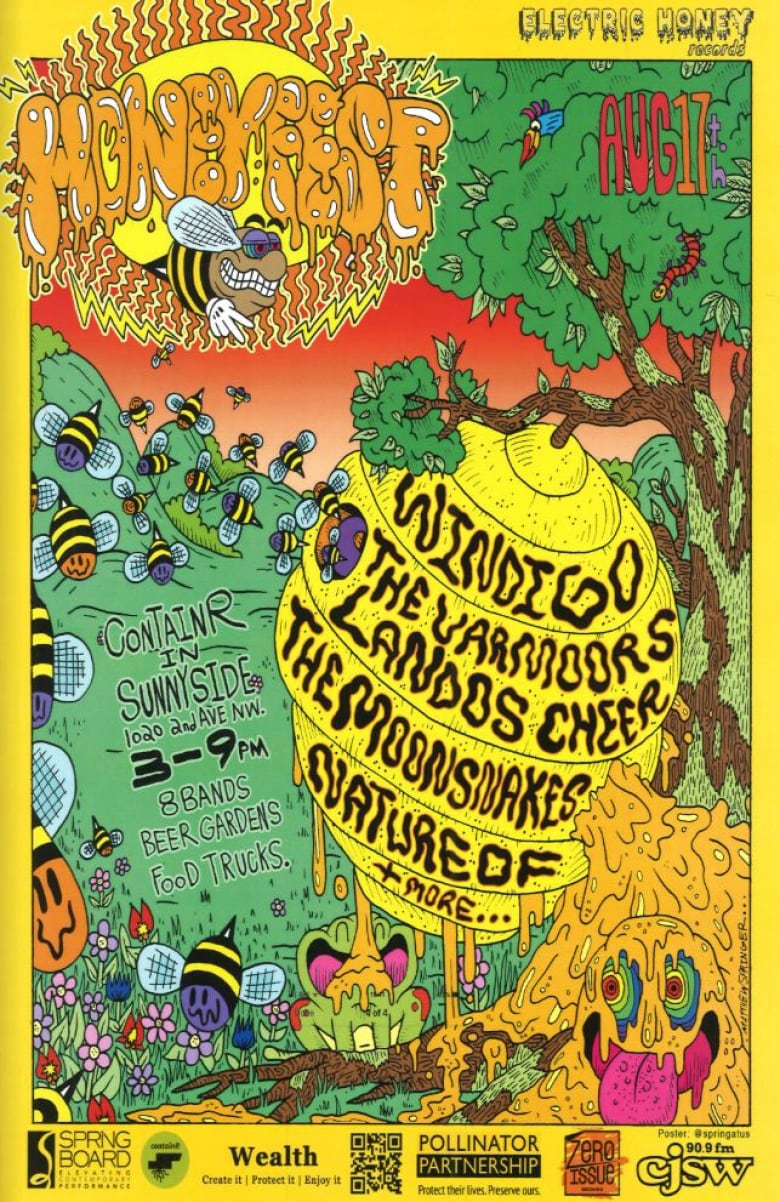 There are lots of independent music labels, but Calgary-based Electric Honey Records, which officially launches this weekend at the HoneyFest festival in Kensington, looks to stand out from the crowd.

“We are trying to do something different,” Nick Styles told The Homestretch Tuesday.

Styles and Mitch Malyk, local musicians in their own right, started the label and immediately signed their own bands: Styles’ The Varmoors and Malyk’s The Moonsnakes.

“The other band we have right now is Landos, they are friends of our’s as well. We are looking for music that we like, music that appeals to our ears,” Styles said.

Malyk says their formula is simple.

“Good bands, good content. Really getting our name out there,” he said.

Both say their personal taste in music evolved over time.

“I grew up listening to Britney Spears and Shania Twain but when I graduated from high school, my buddies and I started listening to a lot more old school bands, that’s why I got into playing guitar,” Styles said.

“It was just generic hits until I was 14,” Malyk added.

“I heard Electric Light Orchestra on the radio and was like, what is this? That just spiralled into a huge phase of The Beatles and went from there.”

Styles says getting a band’s brand out there isn’t the way it used to be.

“It’s a lot harder to get playlist placement like Spotify, which is the way music is going, and just being able to fund recording but it’s just so expensive,” he said.

“We try to do unorthodox methods, record in basements or a buddy’s studio. You have to be creative.”

A new Calgary record label is officially launching this weekend at the Honeyfest festival. Mitch Malyk and Nick Styles are the founders of Electric Honey Records. Mitch is a member of local band the Moonsnakes, Nick is in the Varmoors. 6:41

You just have to keep at it, he added, to be a success by your own standards.

“Getting bands that can get shows, get music placements in TV shows and movies. Just exposing the bands to as many people as possible.”