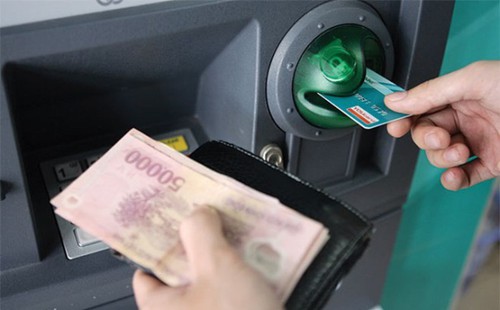 Checkable deposits saw the first quarter-on-quarter drop since the end of 2018. – Photo anninhthudo.vn

HÀ NỘI — Checkable deposits saw a significant quarter-on-quarter decline as of the end of March, despite more payment accounts opened in the first three months of this year.

Statistics of the State Bank of Việt Nam showed that checkable deposits at payment accounts of individuals totalled VNĐ476.5 trillion (US$20.5 billion) as of the end of March, nearly VNĐ23.2 trillion lower than the end of 2019, or a quarter-on-quarter drop of 4.64 per cent.

The number of payment accounts rose from more than 88.5 million at the end of last year to more than 90.8 million as of the end of March, however.

The average balance of payment accounts posted a quarter-on-quarter drop of 7.6 per cent to VNĐ5.25 million at the end of March, after increasing consecutively from VNĐ4.76 million in 2018.

Statistics of 22 banks which announced Q1 financial reports also showed that deposits at current accounts and savings accounts (CASA), of both individuals and organisations, fell by 11 per cent to VNĐ113 trillion.

According to the central bank, the drop in checkable deposits was partly caused by enterprises’ withdrawal of cash in the first months of this year.

Statistics showed that the deposit of economic organisations fell by more than 4.8 per cent, or VNĐ190 trillion to VNĐ3.77 quadrillion as of the end of February.

Deposits of individuals rose by 3.91 per cent to more than VNĐ5 quadrillion. — VNS