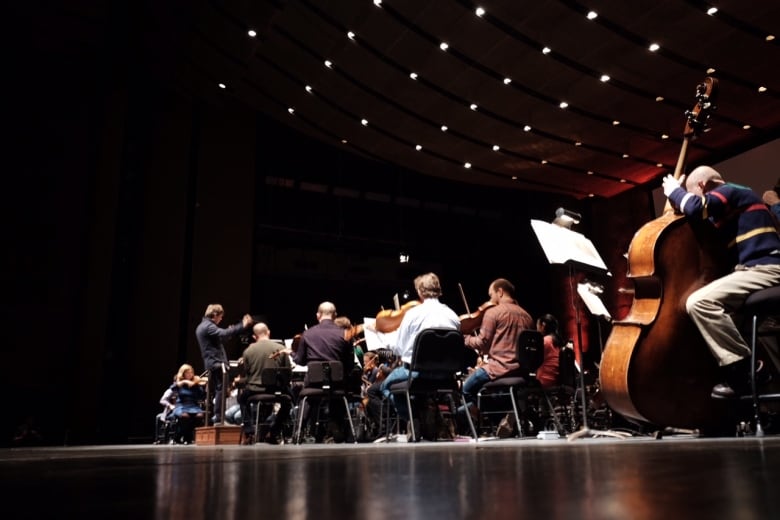 A Canadian music prodigy known for pleasing crowds with classical piano tunes is moving to Winnipeg this fall to make her mark on the local orchestra scene.

Naomi Woo is a pianist and conductor who will be taking her musical talents to the city in September to work on three key projects with the Winnipeg Symphony Orchestra, the University of Manitoba Symphony Orchestra and Sistema Winnipeg.

Her brain is geared to turn everything she sees and hears — from mundane to surreal — into music. The 29-year-old was inducted to ​​​​CBC Music’s 2019 classical “30 under 30” list, which celebrates the accomplishments of Canada’s up-and-coming young concert musicians.

In addition to her big new role with WSO, Woo will be working with the University of Manitoba Symphony Orchestra and on a global music program to introduce underprivileged kids to music in Winnipeg.

“It’s such a special job that I’m about to start,” she said.

Through WSO, Sistema Winnipeg engages with two local school districts — Seven Oaks School Division and Winnipeg School Division — to deliver music training to children after school for three hours per day, five days of the week. As the program’s artistic director, Woo will be conducting the young kids who are being provided music education once a week.

“It’s really involved in the community but it’s also very unique to have a professional orchestra running this kind of program,” Woo said.

Born in St. John’s, Nfld., Woo moved with her family to North Vancouver at age six.

“That’s where I grew up,” she said. It’s also where Woo first tried her hand at playing piano when she was five years old.

“I discovered gradually that music was something I wanted to do, but I definitely remember the moment when I first saw myself as a conductor or first imagined that I might like to be a conductor.”

When she was about 12 or 13 years old, Woo said she was thrilled to perform with the Vancouver Symphony Orchestra alongside assistant conductor Tania Miller.

“Seeing a woman on the podium conducting while I was playing the piano, I just thought, ‘Oh, maybe that’s something I could do.'”

It was a turning point for her.

“That’s when the spark hit,” Woo said, although it was until years later that she began officially training for the position.

Woo studied in the U.S. and at Université de Montréal prior to flying overseas to complete her PhD in music at the University of Cambridge in England.

She takes her tunes beyond the traditional musical context.

As part of her graduate studies, Woo wrote about a Canadian composer who explores combining classical live piano with sonic electronics and film, such as Alfred Hitchcock classics. Nicole Lizée’s Hitchcock Études is well-known to Manitoba audiences as her music writing has been brought alive by Megumi Masaki, a pianist at Brandon University.

Now Woo hopes to make her pitch to the Prairie province.

“I look forward to getting to know many sides of this vibrant city,” she said.

Woo seems ready to embrace all aspects of the city, from collaborating with the local music scene to strapping on ice skates when the cold spell hits.

“I’m especially thrilled to be able to work with the musicians in the WSO — it is such a warm community, and an absolutely stellar orchestra.”