I remember the time I fully grasped the power of music. I’d broken up with my first proper boyfriend and I couldn’t eat or sleep; I could barely breathe. I was out of my mind with the dismantling grief of teenage heartbreak and I thought my life was ending. The only thing I could bear was music. I wore out the mixtapes he’d made me (everything from the Pharcyde to Radiohead to nascent UK garage); l lay on my bed, tears leaking out of my eyes as I mouthed the lyrics to soppy indie ballad On and On by Longpigs, one of the many bands we’d seen live, at the now demolished Astoria on Charing Cross Road in London. I felt, in those earnest vocals (“You’re the love that I’ve clung to … and I just can’t go on …”) seen, heard, met.

It dawned on me that the music was having an effect beyond the delicious, cathartic indulgence of creating a space in which I could wallow in my misery. It seemed simultaneously to be showing me a way out of that space. And, although I became the kind of person who would say they couldn’t live without music, it was almost 20 years before that casual assumption was put to the test again.

In a personal annus horribilis set against the backdrop of the Brexit referendum and the 2016 US election, I went through multiple miscarriages, lost a beloved parent, and was plagued by debilitating anxiety attacks. This time, it was classical music that got me through. Having failed to get on board with the zeitgeist’s preferred panacea of mindfulness meditation, I devised my own ritual that involved listening, really listening, to a classical track for a few minutes a day. Somehow, once again, a space was created in which I could not only process difficult feelings but get around and through them. The effect felt disproportionate, miraculous.

In retrospect, it probably shouldn’t have been a surprise that classical music could be such a powerful ally. I’d been playing the violin since I was little; as a broadcaster my roles included hosting the Proms, Radio 3’s breakfast show and the BBC Young Musician. Classical music was as much a part of my sonic diet as hip-hop and dance music and, yes, the Longpigs. But, if I was privileged enough to be able to take its presence in my life for granted, I understood that many people – for complex reasons – do not feel welcome in a genre that is no longer widely taught in schools, largely delivered in an alien language, characterised by arcane rituals and increasingly marginalised in the cultural conversation. For all that technology might theoretically be opening up the genre to anyone with an internet connection, the barriers to entry still seem impossibly high; a perception not helped by the policing of those barriers by classical purists to ensure maximum discomfort for anyone unfamiliar with the rules of the game (what to wear, when to clap, how to pronounce).

But why should only those of us in the know benefit from classical music’s myriad joys, its soul-nourishing powers, its potential to help get us get through life? It’s rarely the music itself that is the problem. There’s a reason film directors turn to classical music when they want to generate profound emotion; there’s a reason, too, that classical music tends to soundtrack weddings, funerals and other big life events that provoke deep feelings. In every other musical genre, our primary response is emotional: a song makes us feel something, that feeling has a real effect on us. Why should classical music be any different? 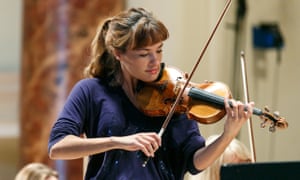 The truth is, it isn’t. There must always be a place for rigorously intellectual appreciation of classical music for those who want it, but a working knowledge of the complex technicalities that underpin what we hear is a privilege enjoyed by a tiny percentage of listeners. Most people falling in love with, say, Dido’s Lament by Henry Purcell – apparently the UK’s favourite aria – are unlikely to be getting their kicks from spotting that passus duriusculus; it’s probably not being able to identify the tierce de Picardie at the end of Dvorák’s New World Symphony that makes it endure.

It’s time for a radical rethink about who gets to talk about classical music and how. Having spent years as the one behind the microphone, telling people what to listen to and how to listen, I have launched a new daily podcast called The Open Ears Project, which turns the tables on that arrangement. Each episode features a guest sharing a soulful story about the classical piece that means the most to them, before we hear it in full. 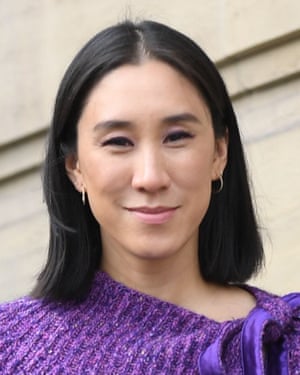 Making the most of Mozart … Eva Chen. Photograph: Rex/Shutterstock

We go from Alec Baldwin celebrating the Adagio by Khachaturian that helps him reset his mental energies (episode one) to the Chopin nocturne that helped Jamie Barton with her sense of isolation as a queer teenager (episode eight ); from Ian McEwan’s instinctive reaching for Bach after the death of a close friend (episode six), to the critical role Mozart plays in Instagram fashion director Eva Chen’s day (episode 18), each episode invites us to hear intimate stories about the ways classical music can be a tool for everyday life. Also in the mix are comedians, bartenders, firefighters, taxi drivers, teachers … And it’s all there: heartbreak and happiness, figuring out your identity, laughter, love, loss. This music contains multitudes, and so do we. For me, the project has become as much about recovering the lost art of listening to each other as it is about classical music.

Purists may disagree, but I will defend to the end my conviction that opening up classical music does not dumb it down. As violinist Nicola Benedetti, an undeniably cerebral thinker, says in her Open Ears episode (number 13, about the Beethoven violin concerto), “that innocence, that lack of technical understanding, enhances your visceral reaction”. Or, as the architect Daniel Libeskind points out, in his contribution on Bach, “sound can move your soul in the way that no intellectual idea can”. One reviewer of The Open Ears Project on Apple Podcasts puts it even more simply: “It makes me feel alive.”

My teenage self, on the road to having her broken heart mended by the miracle of music, would no doubt have agreed.

• Listen to all the OpenEars podcasts here, or through Spotify, or Apple Podcasts.