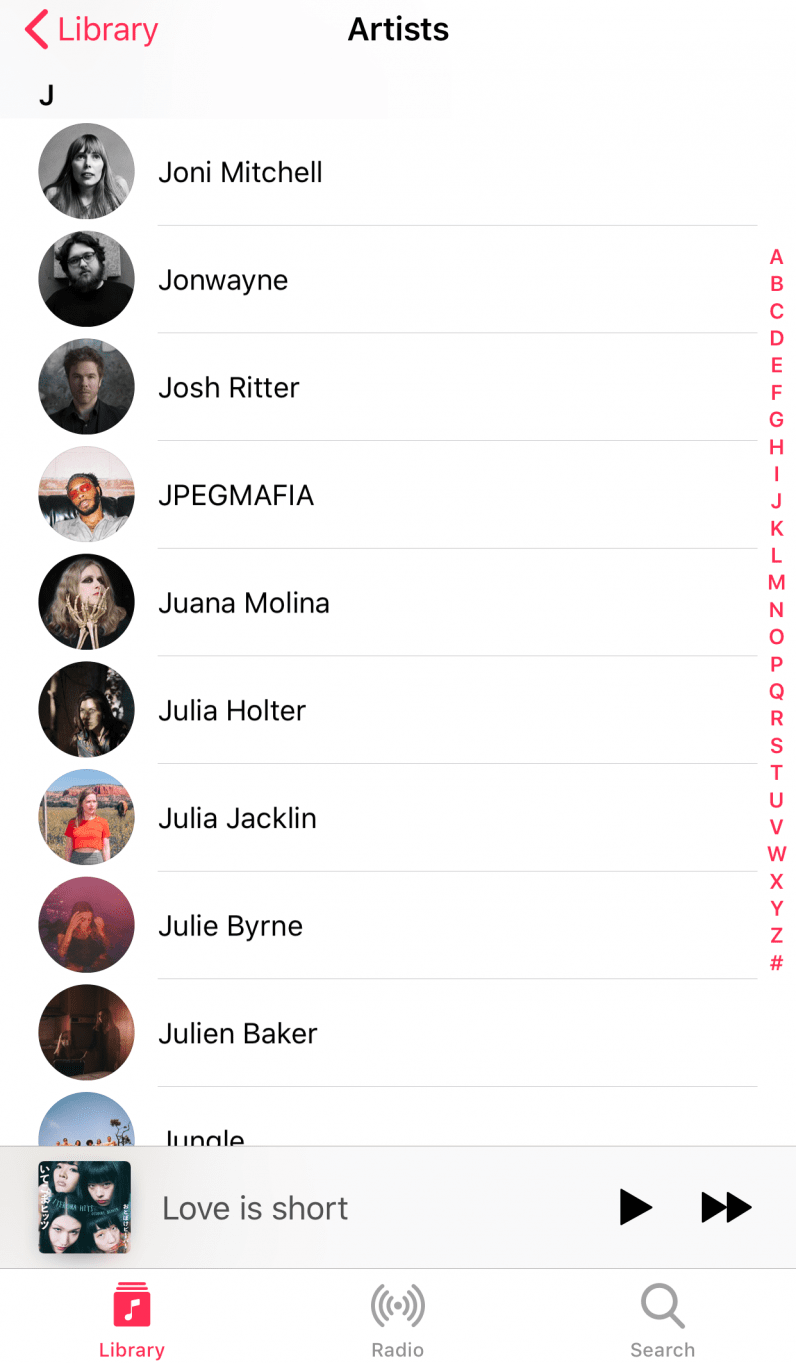 I loved the iPod. Hell, I think it’s the greatest gadget ever. And while I’d love for Apple to release a new version, it’s never going to happen. So, I’m stuck listening to my MP3s on my iPhone‘s Music app.

Generally, this isn’t too bad. The thing is, it lacks a pretty basic feature, one that exists not only on the streaming part of the Apple Music app, but also on the five-year-discontinued iPod: the ability to go directly to an artist from the song you’re currently listening to.

First off, and to reiterate, this piece is about the MP3 library function, not the company’s streaming service – both of which are in the same app. There are elements of this software that are far superior to the iPod. While the MP3 player’s click wheel was revolutionary and fun, it wasn’t a breeze to browse through an entire library like it is on the iPhone.

All you need to do is slide your thumb about to find that perfect song.

The fact that you can actually use a touchscreen to search on the Music app is also a great advantage it has over the classic iPod. Yet all is not well.

If anyone remembers, if you held down the iPod‘s middle button while a song was playing on the screen, you were confronted with this menu: 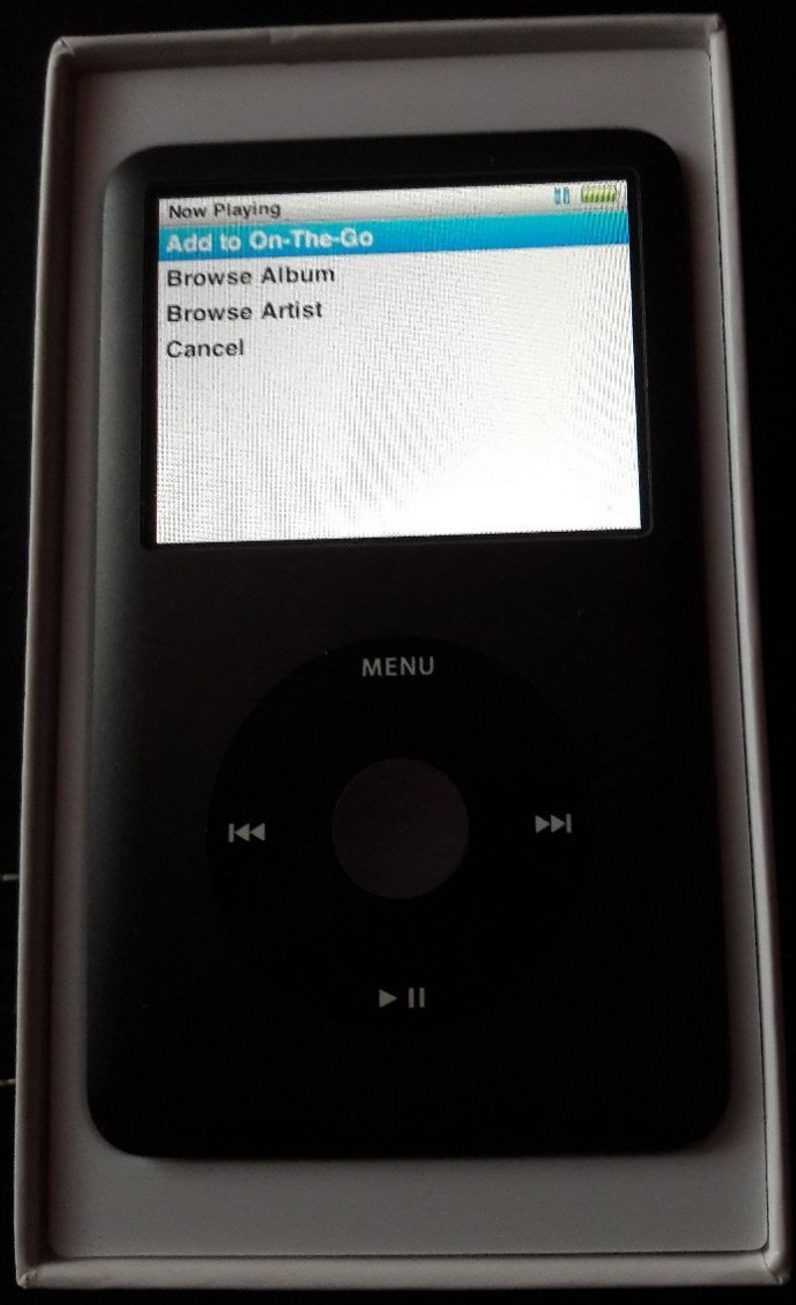 A good picture? No, but it still is a picture, so be thankful.

Why is this useful? Well, let’s pretend you’re listening to a carefully curated playlist, and a song by, say, Peter Andre comes on. Then you may say:”Oh, I’d like to explore more of this gentleman’s oeuvre in my library.” All you have to do is hold down the middle button on the iPod, and you could either go right to the specific album the track’s from, or click on ‘Browse Artist,’ which’ll take you to your collection of his work. Easy.

But let’s say you’re doing this on the iPhone’s Apple Music app? Things aren’t so good:

Basically, I’m browsing an album by Half Waif while listening to a track by Otoboke Beaver. When I bring up the track I’m currently listening to (Love is short, by the aforementioned Otoboke Beaver), I try clicking on the artist name and song title.

Specifically, this part of the screen:

When you click on this, it doesn’t give you a set of options (like the iPod), it just takes you straight to the album, which is fine.

But then, when I go to the album and try and click on the artist name (the bit I’ve copied in below, there’s… nothing. As you can see in the GIF above, it depresses, but goes nowhere.

Why? Why? Why can’t I browse the artist? Surely fixing this is an incredibly simple, but the bug has been around forever. I mean, it’s not rocket science — clicking on the artist’s name in the image above should… take you to the artist? Like, how is this not a thing? Ugh, I’m sickened.

On top of this, if you click on the artist name and song title part on the ‘now playing’ screen (in the example above “Otoboke Beaver — ITEKOMA HITS”), it should give you the option to either go to album itself, or your collection of that artist‘s work.

If the iPod could do it, why can’t the Apple Music app? Ridiculous.

Wow, you’re really salty about this

Damn straight. While it’s minor in the grand scheme of things, I find it infuriates me every single day. It’s even more galling when you consider a piece of technology released over a decade ago from the same company had this feature.

So, come on Apple, if you’re not going to do the right thing and release a new iPod, at least let me easily access artists on the Apple Music app. Is that too much to ask for? Also, please?