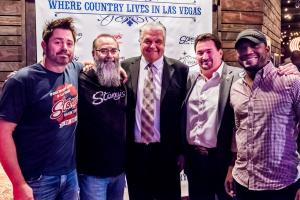 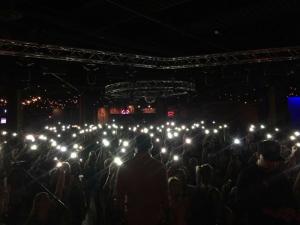 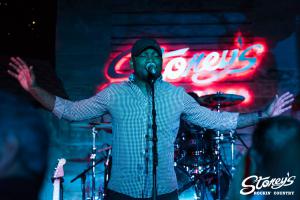 LAS VEGAS, NV, UNITED STATES, November 27, 2017 — While many Las Vegans were still in shock reeling over the tragic events that took place on October 1, 2017, Chris Lowden, owner of Stoney’s Rockin’ Country was searching for a way to unite his community. “This heinous massacre was personal for us and rocked us to our core,” said Lowden, “my employees, my patrons, and their families were all at Route 91. It’s an event the Las Vegas Country Music Community looks forward to all year long. And now, our community was devastated. So, I knew I had to do something and do it quickly.”

In the morning hours Monday October 2nd, less than 24 hours after tragedy struck, Lowden was organizing a solidarity concert with 100% of the proceeds going to County Commissioner Steve Sisolak’s Las Vegas Victims Fund. “As soon as I started pulling things together, the response was overwhelming. Everyone wanted to help,” recalled Lowden.

And everyone did help. County Commissioner Steve Sisolak opened his Las Vegas Victims Fund GoFundMe to be the official beneficiary. Country music artists Tony Jackson, Carter Winter, and Justin Holmes immediately offered to perform. Many more followed including Dylan Schneider who had just performed at Route 91 hours before the shooting. “Dylan had just gotten home and heard we were doing this event. He called me and said I am in and flew across the country the same day to play,” continued Lowden. Even Taylor Winston, the infamous veteran who stole a truck to help the injured, jumped on board to help the benefit.

In a little over 24 hours, Chris Lowden and Stoney’s Rockin’ Country pulled together a solidarity concert that unified a close-knit community at the time they needed it most. Over 1400 people showed up. They prayed together. They sung the national anthem and said the pledge of allegiance together. They listened to country music together. And together, they raised over $41,000 for the Las Vegas Victims Fund.

“I really just want to thank everyone for bringing our community together and showing them that it is okay to come together, to celebrate the music that we love, and to show that hate will not win over love,” concluded Lowden.

To donate to the Las Vegas Victim, visit https://www.gofundme.com/dr2ks2-las-vegas-victims-fund

The World Famous Stoney’s Rockin’ Countryis Las Vegas’ premiere destination for locals and tourists who are looking for a boot stomping good ole time with line dancing, mechanical bull riding, beer pong, pool tables and more. Located at Town Square, Stoney’s Rockin’ Country is a 19,000 square foot high-energy nightclub that features a 2,000 square foot dance floor and 570 square foot stage for dancing and performances, along with a state of the art sound system, live bands and the industry’s leading DJs. Doors open at 7 p.m. and line-dancing lessons begin at 7:30 p.m.