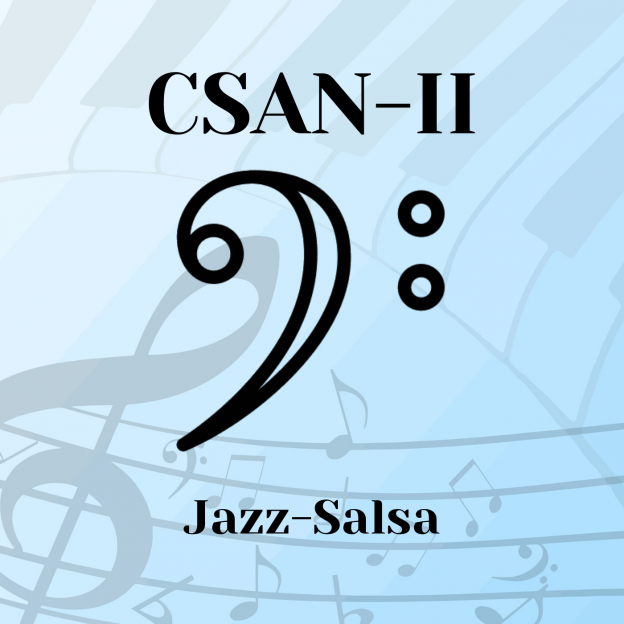 Philadelphia, Pennsylvania – July 20, 2020- Celestino Sanchez aka CSAN-II is hoping to get people dancing with the release of his new solo album. “Jazz-Salsa” is created and produced by CSAN-II to be the new Latin hit of the summer.

“Jazz-Salsa” was a labor of love, written and produced by Celestino Sanchez and his ensemble band CSAN-II. It includes 5 hot Salsa tracks and 3 instrumental Latin Jazz tracks. The songs are lively and will have listeners tapping their toes to the rhythm. Each song on the album is a musical and cultural experience. Listeners will find themselves hitting repeat, never wanting the music to end.

CSAN-II is an 11-piece Philadelphia Based Salsa\Latin Jazz Ensemble which includes bass, keyboards, congas, timbales, bongos, trumpet, trombone, sax, and vocals. Celestino founded the band in 2018. He is a talented musician that records, arranges, mixes, and edits his projects from his home studio.

C-SAN II had the honor of featuring some great Latin Music artists on Jazz-Salsa project.

Pablo “Chino” Nunez, an accomplished percussionist, multi-instrumentalist, composer, arranger, recording artist, bandleader, and educator. Nunez is a multiple Grammy, Latin Grammy and Billboard winner/nominee. He has performed/toured with a verifiable Who’s Who in the world of Latin music, as well as with his own critically acclaimed ensemble the Chino Nunez Orchestra and Spanish Harlem Orchestra.

Oliver Santana, a native of the island of Puerto Rico, has been on the music scene for over 15 years. His talents as a gifted saxophonist, woodwind doubler, arranger, and educator have made him an in-demand musician who has performed in various venues around the world. As a multi-skilled musician, you can often find Oliver in the Jazz, Classical, and Latin Music scenes. Oliver is a Grammy Award Winner, with his participation in the recording COVERED ALIVE IN ASIA, artist Israel Houghton & New Breed.

Lia Montalvo, a Philadelphia native, has sung and performed with all the major Latin groups and Bands in the Philadelphia Tri-State area. She is also known for her great ability to do R&B, Jazz, and Gospel as well.

To listen to more of his music, or to reach out to CSAN-II or Celestino Sanchez for an interview on their site, podcast, or radio show can reach out via the information provided below.