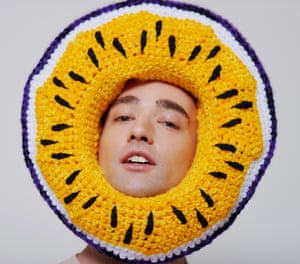 For fans of: Jhené Aiko, the xx, minimalist Kanye

A downtempo and glassy ode to tortured longing. The warped vocals, autotuned within an inch of their lives at certain points, recall Kanye’s divisive 808s & Heartbreaks record, while the heartbroken chorus could have slotted nicely on to Drake’s new Care Package. As with all of Cub Sport’s music, sex is an integral ingredient here – in this case, it comes sepia-stained and bathed in the fog of memory, as he thinks about love once made, and a video documenting the same. That he’s thinking about the video rather than watching it hints at a pain so present that any visual reminders are best kept obscured by faulty memory.

For more: Check out Cub Sport’s self-titled album, out now.

For fans of: Chance the Rapper, Tyler, the Creator, Cardi B

Who’d have thought a Liam Neeson reference would open one of the most thrilling hip-hop tracks of the year? Kwame’s freewheeling flow and infectious joy mirrors that of Chance the Rapper, and his dexterous melodies make good use of a twisting and unpredictable backing track – the turns in the opening verse are so sharp it takes the brain and body a second to adjust. Summer is fast approaching but you can expect to hear this sunny anthem about rainfall blasting out of cars long before December hits.

For more: Check out Wave Racer’s Flash Drive EP, and catch Kwame at SandTunes festival from 30 November to 1 December on the Gold Coast, alongside Logic, Travis Scott and more.

Opposites attract, sure – but once the initial rush abates, it can be a lot of work to bridge the gulf. Here, Corby and Sultana tout the virtues of compromise, over the type of slinky R&B track you’d usually hear on a Pretty Little Things commercial. Matt Corby has completely abandoned the coastal folk of his past releases in a way that signals his sonic options are now wide open; while Tash Sultana is used sparingly, but effectively, providing distinctive guitars and a high-range vocal. Interestingly, this song was written during sessions for Corby’s 2018 album Rainbow Valley but was wisely held back, used now as a feature piece rather than an aberration. It’s an interesting sonic left turn for both of them, and a great showcase for their talents.

For more: Matt Corby’s 2018 album Rainbow Valley is out now; Tash Sultana embarks on a US tour next month.

A formative experience at a Falling Joys and Clouds double-header bill from 1991 provides the inspiration for this song, and possibly for the chugging Velvets rhythm track that accompanies the very literal lyrics. “Underage in Adelaide” sounds like the type of coming-of-age novel that would usually house these kinds of memories, and as the song – by a trio of acclaimed solo artists, Jen Cloher, Mia Dyson and Liz Stringer – expands into its final verse, it expertly uses both aforementioned bands as examples of how female contributions are often overlooked or simply erased from history. Falling Clouds also wins big bonus points for the mongrel of a guitar solo that chokes the ending of the song, and the sweetest harmonisation of the word “dick” in musical history.

For more: Listen to Dyson Stringer Cloher’s 2013 Tour EP – or any of their excellent solo work.

The Rubens ft Vic Mensa – Falling Asleep at the Wheel

For fans of: Kids These Days, Ty Dolla Sign, Future

It’s hard to divorce the sound of the Rubens’ 2015 single Hoops from the earworm hook that drove it to the top of the Triple J Hottest 100 – but the song’s spiralling, plodding rhythm track actually lends itself quite well to hip-hop. Here the band offer up a similarly sounding bed, adding production flourishes, a processed hook and a guest verse from Vic Mensa to end up with something not a million miles from their usual soul-tinged sound, but fresh-sounding enough to win over a bevvy of new listeners intrigued by the insertion of the Chicago rapper. It’s a bold sidestep that could result in the Rubens making a sizeable splash overseas.

For more: The Rubens are currently touring regional NSW as part of their Chucka Buckas initiative, to help provide a boost to grassroots musicians. 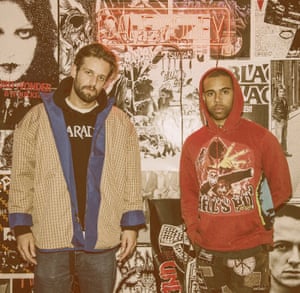 As an actual place, Hollywood is unremarkable: a dirty commercial strip without any character (aside from the Marvel ones asking for your money). But this is not the Hollywood that appears in countless odes to its dark undercurrents and symbolic success. For Clews, it’s the imagined location of a long-lost lover, being kissed by another at the edge of the world. Sisters Grace and Lily Richardson adopt tight harmonies throughout the track, producer Nick DiDia lends a heft that propels the song along, and depression and feelings of inadequacy run rife throughout. A circle in a circle is how it is sharply described here, with the heartbroken protagonist simply passing time between sleep.

For more: Check out Clews’ past singles Museum and Crushed.

For fans of: the Stooges, the Saints, the Hoodoo Gurus

Overdriven guitars and Kit Warhurst’s sneering “na na na nas” signal that Rocket Science are back, and it’s time to party like it’s the turn of the century again. The theremin doesn’t appear to have lasted the two decades since their thrilling debut album; in its place are strangled strings of guitar feedback, and a pointed attack on the hateful speech that masquerades as open discussion on the internet. The lyrics tackle the hypocrisies of arguing for free speech while silencing others by participating in the outrage culture – but if you don’t like soapbox speeches with your rock, the message is easy enough to ignore: just enjoy the blasts of guitars and that eternally bratty vocal.

For more: Rocket Science’s album Snake is out 16 August, with a national tour starting 30 August in Ballarat.

For fans of: MIA, Lady Of Rage

The history of popular music is littered with odes to escaping, but rarely has the monotony of a banal workday been captured as succinctly as on Leaving Home’s first verse where each hour is longer than the last and loopholes out of such a life are desperately sought. It turns out the only solution is the simplest one: like in all the classics, just pack your bags and run, no fallback plan, no second thoughts. Vaguely Caribbean vibes anchor this breezy track, and a very welcome and possibly tongue-in-cheek Jebediah nod appears in the chorus with the borrowed lyrics “I smell the morning air” – suggesting Coda Conduct know exactly which song this will sit next to on the alphabetised Triple J database …

For more: Coda Conduct are playing Listen Out festival in September, alongside ScHoolboy Q, Flume and Diplo. 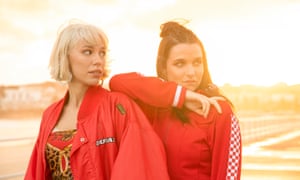 For fans of: the Drones, the Triffids, Rowland S Howard

To see Tropical Fuck Storm live is to realise that while the Drones’ Gareth Liddiard is the frontman, the band is very much driven by female energy. On Who’s My Eugene, Liddiard’s twangy vocals and abrasive guitar blasts are sidelined by Erica Dunn, whose vocals span from narcotic drawl to fevered yelp over a rhythm track that channels Portishead via Weezer’s El Scorcho. Ominous, obscured references to a drowning and the hypnotic plod of the music hint at something hidden just under the surface: a hushed, evil presence that exists in all the best Australian rock songs. This is the third track lifted from the band’s second album Braindrops, out later this month, and judging by the three blasts we’ve been treated to so far it seems an extremely disparate record is on its way.

For more: Braindrops is out on 23 August. The band tour nationally in October.

For fans of: Snoop Dogg, De La Soul, the Weeknd

An early morning haze brings with it memories of a toxic relationship best left far in the past. The breezy 90s production and conscious hip-hop feel of this track seems nothing more than a red herring; a truly striking final run in which a child is conceived through a night of unprotected sex and a complicated conversation between possible parents ensues. The music drops away, allowing nothing but the harsh cut of the words to linger in the air, forcing the listener to confront the harsh realities of a 5am dalliance. This song will haunt you, and not in a good way.

For more: Remi is touring the east coast of Australia in November.