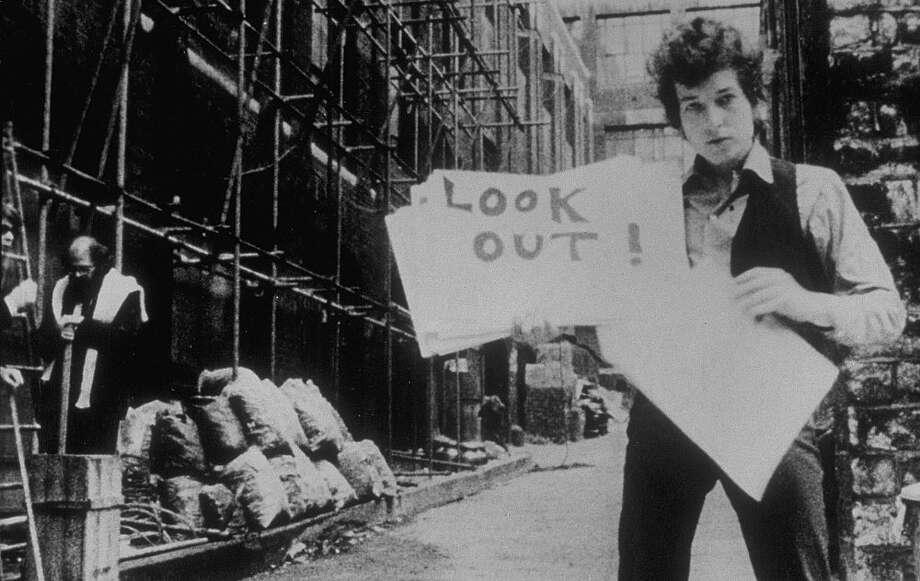 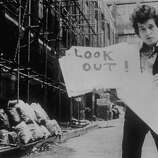 D.A. Pennebaker had already been making documentaries for 12 years when he got a historic assignment in 1965 to document Bob Dylan at his most mercurial. Once “Don’t Look Back” was released in 1967, followed a year later by “Monterey Pop,” Pennebaker’s path as popular music’s preeminent documentarian was set — or at least the biggest part of his legacy was, since he continued to take on dozens of socially conscious, non-musical subjects, to not always quite as much attention.

For decades, the patina of those two films attracted musicians from John Lennon to Depeche Mode. Some were shorts or made for television, and many got held up over issues that saw them being released years or even decades after they were shot. Pennebaker was famous for skewing toward the grittiest, least slick end of the scale in his concert coverage, favoring spontaneous 16mm shoots that were the very opposite of the sleek widescreen approach eventually favored in films like “Rattle & Hum.”

If you imagine his time with Dylan was a high-water mark, at least personally speaking, think again. “We always tell people that the time we spent on the road with Depeche Mode was our favorite film adventure,” Pennebaker and longtime partner Chris Hegedus wrote on their website.

Leaving aside shorts and music videos, here’s a list of his rock-related movies (and a likely incomplete one, given the many projects he had shelved or delayed over the years), most of them co-directed by Hegedus:

“Bob Dylan: Don’t Look Back” (filmed 1965; released 1967)
Come for what is arguably the first and still greatest conceptual rock music video of all time — the cue-card-tossing “Subterranean Homesick Blues” — and stay for the newly electric Dylan at his most exalted, arrogant and impossibly charming (although a few of his targets might disagree). “As far as I’m concerned, it was never meant to be a documentary,” said Pennebaker. “I don’t like them much. To my mind, the most interesting filmmaker that I ever knew of was Robert Flaherty, who made ‘Nanook of the North.’ It was about this Eskimo, and Flaherty didn’t try to tell you everything there was about the life of an Eskimo. He just wanted to show you what it was like to be with an Eskimo for little bit. And that’s the feeling I tried to put across. I was never interested in educating people about Dylan. First of all, I don’t know enough about him. Who does? Besides, that’s Dylan’s business. If he wanted to educate people, I’m sure he knows how to do it. What I wanted to do was just be present when Dylan enacted his life and show you what he deals with and what interests him. It may not be so much about Dylan because Dylan is sort of acting throughout the film. And that’s his right.”

“Monterey Pop” (filmed 1967; released 1968)
It pre-dated the juggernaut that was the “Woodstock” movie, of course, and many rock fans still prefer its rendering of 1967 performances by the Who, Jimi Hendrix, Otis Redding, the Mamas and the Papas and many others.

“Sweet Toronto” (filmed 1969; released 1971)
A historic capture of Lennon’s debut set as a solo artist at a festival in 1969, before the Beatles broke up, as also heard on his “Live Peace in Toronto 1969” album. Performances from Bo Diddley, Chuck Berry, Jerry Lee Lewis and Little Richard are also included. (If you’re looking for it on DVD, find it retitled as “John Lennon and the Plastic Ono Band: Live in Toronto.”) “When Lennon (and Yoko) heard that we were going to film a Rock & Roll concert in Toronto, they decided to show up,” Pennebaker said. “And how they showed up was surprisingly personal. Yoko hiding under a sheet shouting out a wordless flow of outcries and John, a little drugged, singing ‘Cold Turkey’ and daring the audience not to adore his new partner. They finished their set with ‘Give Peace a Chance,’ and, adjusting their amps to full feedback volume, the Plastic Ono band with Eric Clapton and Klaus Voorman disappeared leaving a speechless audience, the roar of a DC3 ready to take off, and scraps of paper blowing about the stage — an incredible end of the Beatles.”

“Eat the Document” (filmed 1966; released 1972)
Pennebaker returned to the Dylan well to film his 1966 tour of the UK for a follow-up to “Don’t Look Back” commissioned by ABC. It never aired on the network, which was dumbfounded by the result; theatrical showings have been rare, and official home video releases non-existent, though it’s widely bootlegged.

“Ziggy Stardust and the Spiders from Mars” (filmed 1973, released 1983)
The final concert Bowie did in his Ziggy persona in ’73 at London’s Hammersmith Odeon Theater was captured in glorious grain with quick but fascinating backstage footage. It wasn’t released until 10 years later in America and got a wider re-release in 2002. The also belatedly released soundtrack remains a favorite of many fans.

“Victoria Williams: Happy Come Home” (filmed 1986; released 1997)
The L.A.-based singer-songwriter was briefly on Geffen Records. “David Geffen asked us to make a short video portrait,” Pennebaker said later. ” He wanted radio stations to see what she looked like. So we took her back home to Louisiana and made a half-hour film with her that we loved. But when David saw it he said, ‘That’s not what I had in mind. You’ll have to cut it down.’ But we liked it the way it was. And we said we’d buy it back. And we did.”

“Depeche Mode 101” (1989)
Depeche Mode as the new Bob Dylan? The group was filmed preparing for their tour’s 101stshow at the Rose Bowl in Pasadena (David Dawkins co-directed).

“Jerry Lee Lewis: The Story of Rock & Roll” (1991)
A half-hour doc includes plenty of archival footage as well as outtakes from Pennebaker’s earlier filmmaking excursions with the Killer.

“Chuck Berry: Rock and Roll Music” (1992)
A straightforward concert movie of rock’s original lion in winter, captured on stage more than three and a half decades into his career.

“Branford Marsalis: The Music Tells You” (1992)
A few years after Marsalis crossed over to pop with an album accompanying Sting, the Police-man, Jerry Garcia and Bruce Hornsby were among the musicians from outside the genre weighing in on the jazz saxophonist. “Seen mostly while on the road, Mr. Marsalis is revealed as an uncommonly articulate musician with distinct ideas about his work in particular and jazz in general,” Janet Maslin wrote in the New York Times.

“Woodstock Diary” (1994)
A 25-years-later look back with many of the festival’s original rockers (co-directed by Hegedus and Erez Laufer).

“Searching for Jimi Hendrix” (1999)
Those weighing in on the great guitarist’s legacy range from Chuck D to Rosanne Cash.

“Down from the Mountain” (2000)
A sort-of sequel to “O Brother, Where Art Thou?” — or its soundtrack, anyway. When T Bone Burnett reassembled most of the key roots-music talent that made the album an unexpected blockbuster success for a concert at Nashville’s Ryman, Pennebaker was there (with Nick Doob and Hegedus) to film Ralph Stanley, Gillian Welch, Emmylou Harris and the rest. “If you have any affection at all for traditional American music, the movie is pretty close to heaven,” wrote A.O. Scott in the New York Times.

“Little Richard: Keep on Rockin’” (filmed 1969; released 2000)
The 26-minute short was filmed at the Toronto Rock ‘n’ Roll Revival Festival in 1969 and includes his full seven-song set, finally released after decades in the can.

“Only the Strong Survive” (2002)
A look back at the Stax Records legacy, with Wilson Picket, Rufus and Carla Thomas, Sam Moore, Isaac Hayes, Mary Wilson and others.

“National Anthem: Inside the Vote for Change Concert Tour” (2004)
Bruce Springsteen, Dave Matthews, Michael Stipe and Eddie Vedder are among those stumping to get out the vote in a film produced for the Sundance network.

“65 Revisited” (filmed 1965; released 2007)
Outtakes from “Don’t Look Back,” assembled for an hour-long companion piece that opened in theaters and appeared on a new deluxe DVD of the original film.