I’ve been thinking lately about how music junkies like myself – and I know an awful lot of them around here – can fulfill a need for live music in an era where a single concert ticket can cost upwards of $100 as artists have jacked up prices to accommodate for the lack of income earned from recordings in the streaming age and secondary sellers grab tickets so quickly that prices can triple within minutes of going on sale.

The truth is, I’ve been pretty much priced out of the equation. And I’m not alone. So how are we supposed to get our fix without destroying the monthly budget to catch a single gig?

The answer, not too surprisingly, is a turn toward – or perhaps, a return to – the local. Can’t afford tickets for an arena show, dinner and a few drinks without defaulting on your mortgage? You can catch a local club show, grab dinner and wash it down with a few cocktails for less than the cost of some concert tickets.

Here are four hypothetical nights on the town for two where you can have dinner, a drink and hear live music for only $100.

For years, Mohawk Place in downtown Buffalo been a great spot to hear local, indie and regional bands without spending a lot on tickets. (Sharon Cantillon/Buffalo News)

Dinner: Start at Big Ditch Brewing Company (55 East Huron St.) where you can choose from plenty of gourmet burgers and sandwiches in the $12 to $16 range.

Drinks: At Lafayette Brewing Company (391 Washington St.), two Terminator Pale Ales for me and a Lackawanna Lager for my wife (I drink a little faster than she does) comes to roughly $25.

Gig: Then head to Mohawk Place (47 East Mohawk St.), where you can find a broad range of genres – indie, punk, folk, alternative, metal and hardcore, with inexpensive admission ranging from $5 to $10 on most nights. A ticket for the Roger Bryan & the Orphans show with Chris Rattie & the New Rebels on Nov. 14 is only $7. 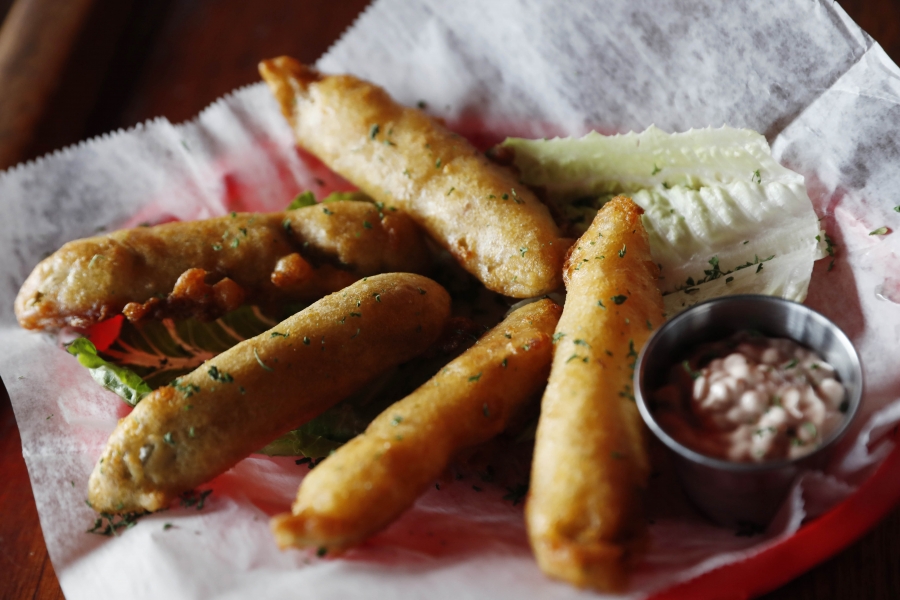 When you go to Hot Mama’s Canteen, you have to order the beer-battered fire pickles. (Sharon Cantillon/Buffalo News)

A night out in Black Rock

Dinner: It’s mandatory to start every visit to Hot Mama’s Canteen (12 Military Road) with an order of beer-battered fire pickles ($9). You’ll want to chase them down with one of the many beers on offer from Community Beer Works. I like the Rutherford B. Haze, a Belgian-style wheat brew ($6). You’ve got a long night ahead, so don’t over eat – split an order of After Shock Wings ($11) and you’ll be good to go.

Gig: Down the street is the Sportsmen’s Tavern (326 Amherst St.), Buffalo’s home for Americana that has an intimate family vibe. Tickets generally range from $10 to $40. On Dec. 21, Buffalo’s multi-Grammy winning blues legend Tom Hambridge returns in concert with his band The Rattlesnakes; tickets are $20. 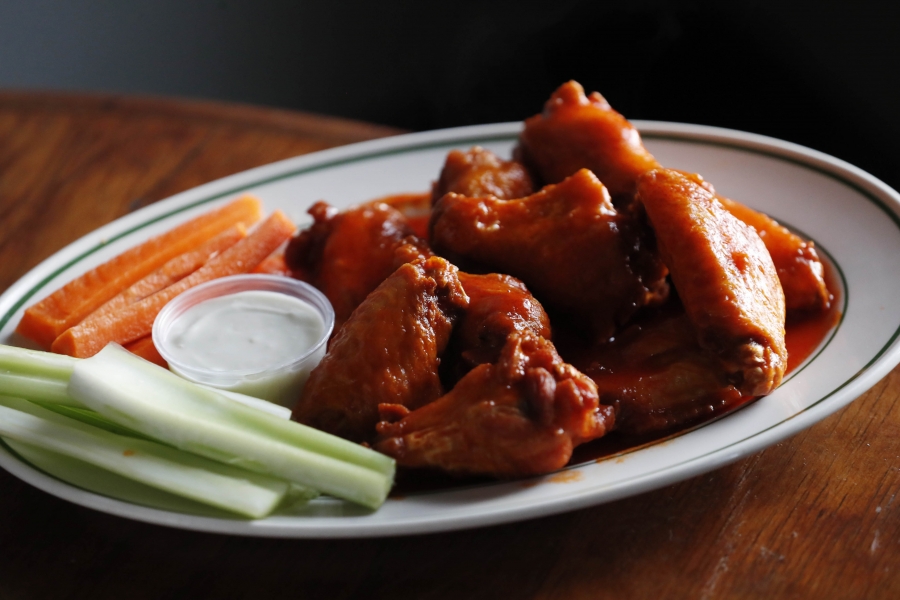 At the no-frills Swannie House, wash down some wings with a cold brew before making your way through the Cobblestone District. (Sharon Cantillon/Buffalo News)

Drinks: Then go to the nearby Lockhouse Distillery and Bar (41 Columbia St.). I’m partial to the Duck-Duck-Booze (gin, bitters, sweet vermouth, on the rocks, $10).

Gig: Buffalo Iron Works (49 Illinois St.) has a broad range of bills featuring local and national artists, with most shows ranging from $20 to $30, and free shows following Sabres homes games. On Nov. 9, you can hear two sets of homegrown rock-funk reggae mashups with Funktional Flow for only $10. 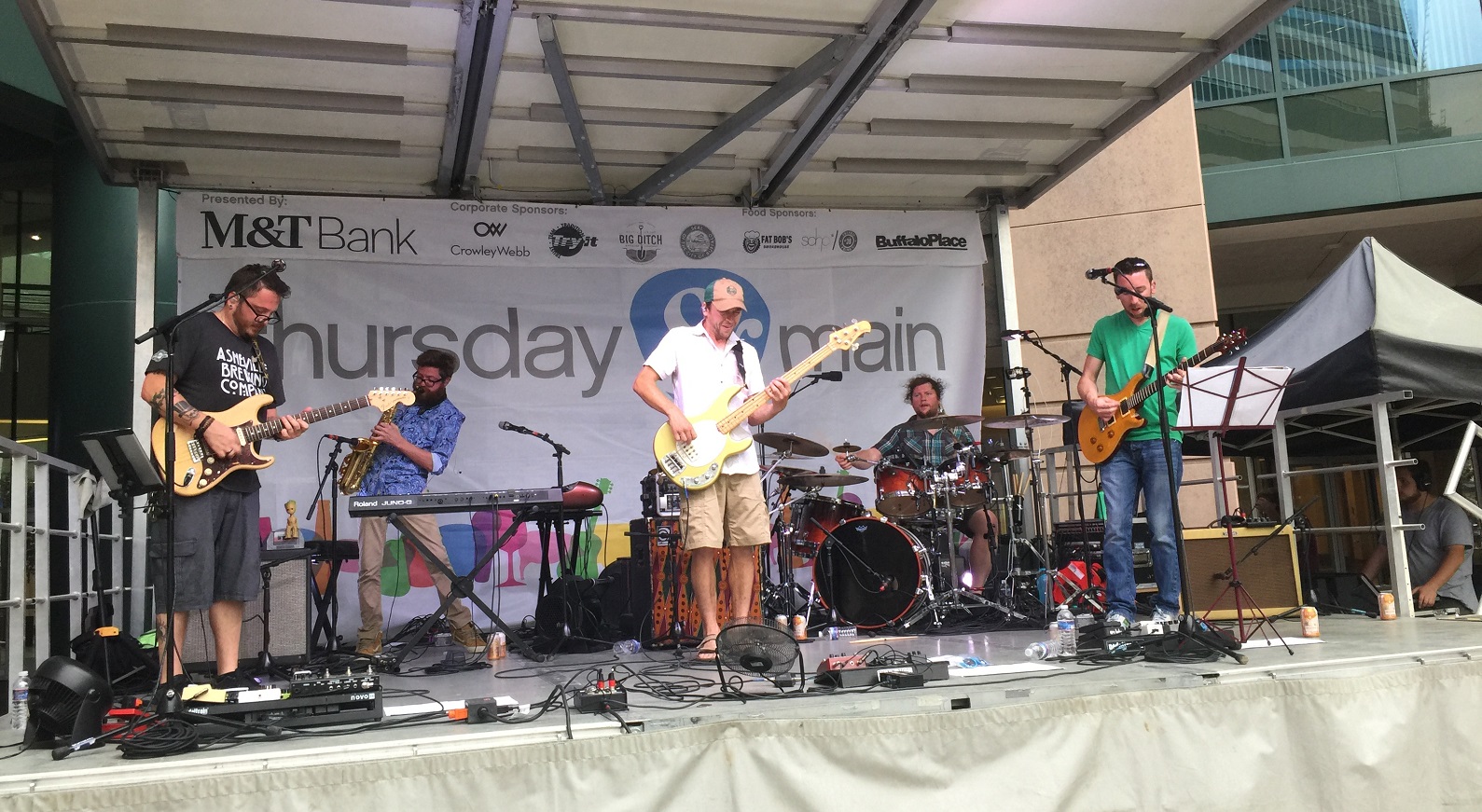 Dinner:  Since you’re in for an evening of extended jams, treat your body right and grab a “build your own” salad from Newbury Salads in the Expo Market (617 Main St.). You can bulk up on greens, grains and a protein of choice for around $10. It’s big enough for two.

Drinks: Also inside Expo is Gypsy Bohemian Grove Bar where you can grab a locally brewed 42 North Illumination Pilsner for $6 before or after dinner.

Gig: About a two-minute walk away is the Town Ballroom (681 Main St.) where you can hear everything from hip-hop to hard rock, indie to EDM. Many shows are within the $25 to  $40 range. Buffalo-born jam stalwarts Moe., have a triple night homecoming planned for Nov. 14 to 16. Tickets are still available for the Nov. 14 concert; $37.50.