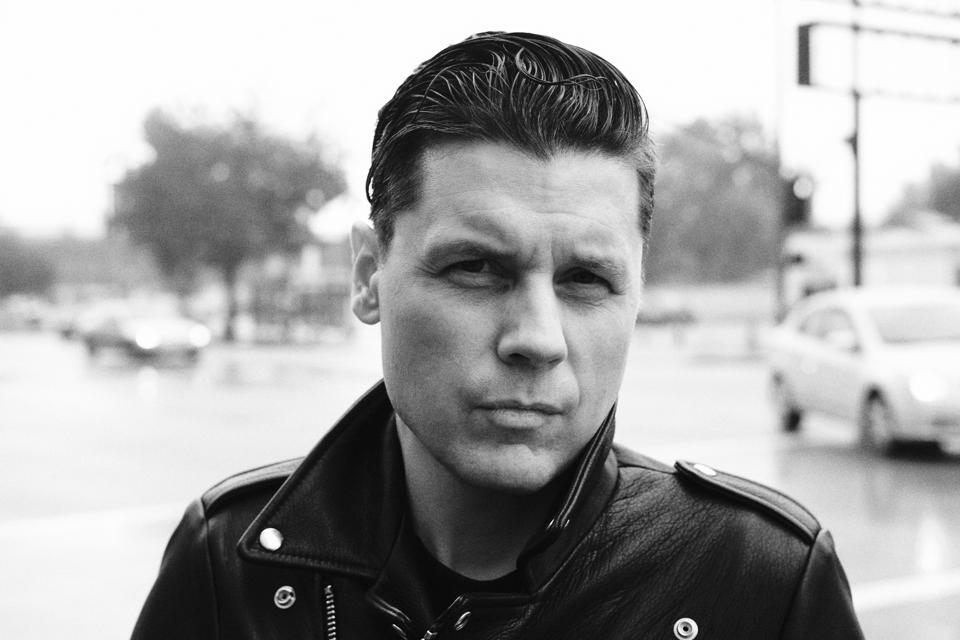 “The beast in me

Is caged by frail and fragile bars

And by night rants and rages at the stars

God help the beast in me”

Those are the opening lyrics to a Nick Lowe song made famous by Johnny Cash and also serve as the opening to Jake Brennan’s new book Disgraceland which sprung out of the podcast of the same name. Those song lyrics hint at a greater darkness hidden within the soul of every man and woman that’s usually kept caged by having to function in a polite society, but the men and women profiled in the book and the podcast broke free of those cages. They no longer had to listen to polite society; the music became their master and made them feel invincible. Alcohol, drugs, sex, violence – if they wanted it, they took it, and in doing so became a slave to their passions. It’s why Sam Cooke was killed by a hotel manager, it’s why Amy Winehouse died from all the drugs and alcohol in her system, it’s why Lisa “Left Eye” Lopes died in a car crash in Honduras, it’s why so many other famous musicians did what they did and why so many more will continue to do so in the future.

“Can you imagine the high of playing in front of 50,000 people and being hyped on adrenaline for hours later?” Jake asks. “Now imagine doing that 200 nights in a row and then not needing drugs to help you.”

Jake’s fascination with music began when his dad, who was in a band opening for The Ramones, took him to the show. “Ever since then,” he says, “I was fascinated with rock and roll musicians and was constantly reading. I was obsessed and would tell my friends these stories, and they’d think I was making it up. And, you know, essentially I’m still doing the same thing. I got a taste of it early, and I never really let go, or maybe it never let go of me.”

Jake’s obsession with music didn’t stop with reading, he got his start in a band called Cast Iron Hike whose hardcore chops and high energy got them a spot opening for straight-edge hardcore legends Fugazi that Jake calls “his coolest musical accomplishment.” 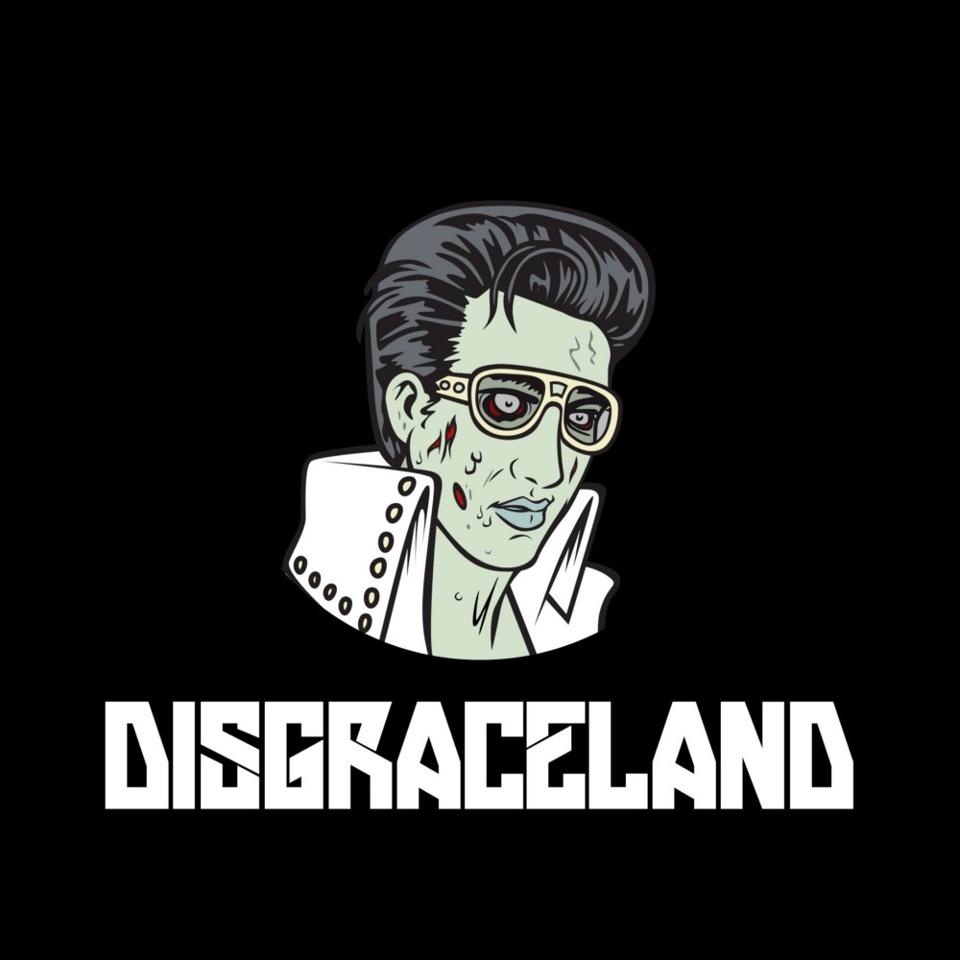 After he got married and started a family, Jake had to pay the bills and was hired at an ad agency to be a creative director solely focused on music. After a year and a half he realized he hated it and needed to get out. So in February of 2018 he started the Disgraceland podcast to fuel his creative passion for music and it took off almost immediately.

Once he got started, he realized that writing podcast episodes was similar to songwriting; you have to have a unique voice when telling stories in order to keep them interesting and then you have to keep doing it. It was the same principles he used when writing music.

Disgraceland is a storytelling podcast that fits into the true crime genre, and Jakes writes it and does the music himself. He credits reading books from writers like James Ellroy (The Black Dahlia, L.A. Confidential, etc) “who puts you inside the character’s heads” with giving him the style he’s known for in Disgraceland. “It came really natural to me to write that way,” he says, “and I never made the decision to do it. I just started doing it.”

Jake’s engrossing first person style comes at you fast paced and brings the stories to life from the Rolling Stones nightmare at Altamont, to Cardi B beating down people in her way, hearing these musicians thoughts and actions described so vividly pulls you up close to the action.

There’s something about being able to take these artists in their strange moments and put them inside a 30-minute podcast that really resonates to where you can grab Amy Winehouse walking down the street at dusk on the last night of her life. You read about that in a book and it’s interesting, but you put it in a podcast and it’s like, I don’t know, there’s something about it that takes it to another level. 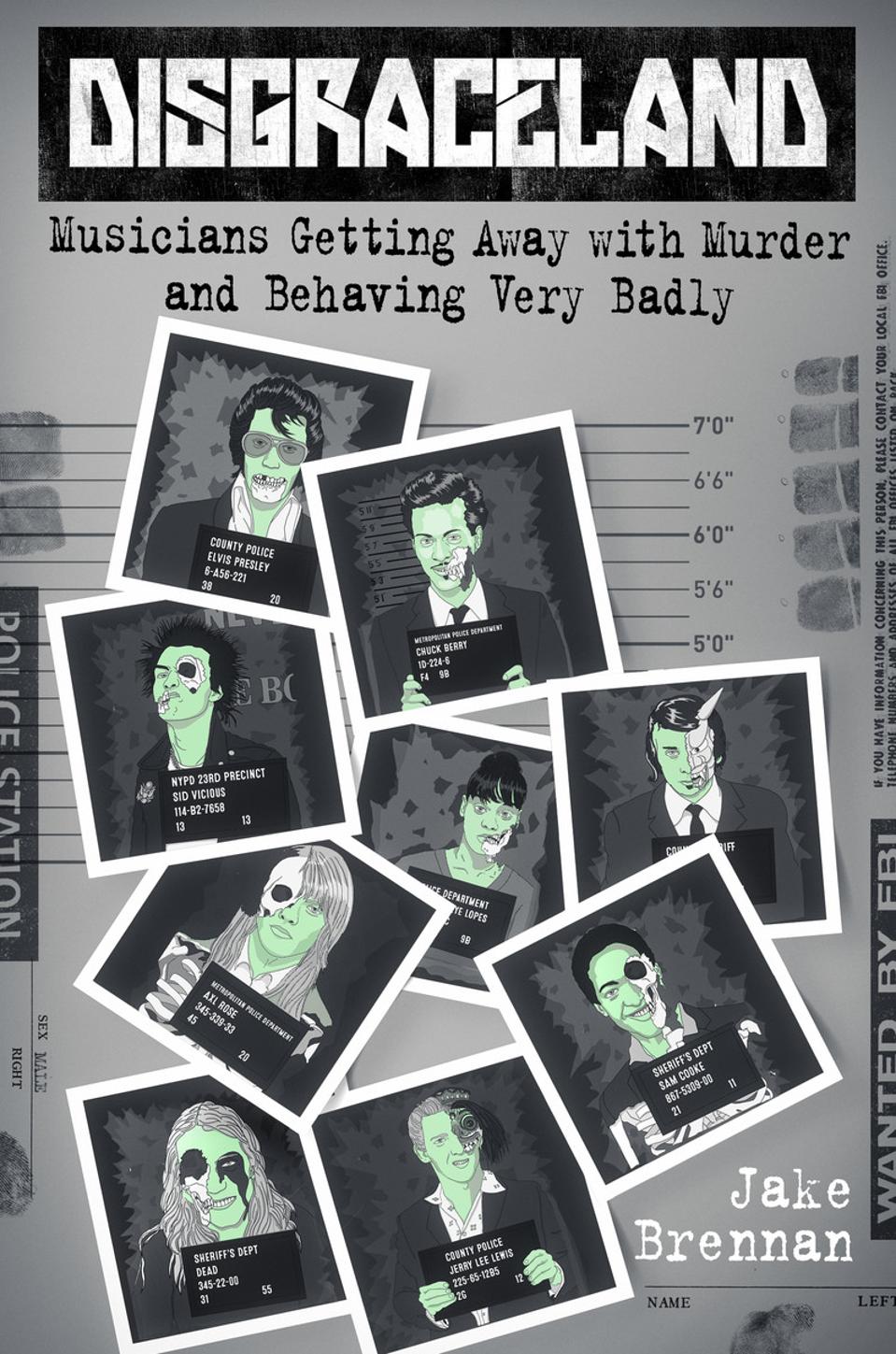 Disgraceland: Musicians Getting Away With Murder And Behaving Very Badly

With the incredible success of the podcast, naturally a book was forthcoming. It’s a little bit different stylistically from the podcast in that each episode has its own particular theme whereas the eleven stories in the book become an anthology bookended by Elvis and each chapter directly picks up with the beginning of the next one. Besides the theme of “the beast in me”, the book also deals with what Jake calls “the history of rock and roll and the ever present evil in it, represented in the book by Elvis Presley’s manager Colonel Tom Parker.

So why does that theme work throughout all the chapters? “You can go from Elvis Presley to Jerry Lee Lewis pretty easily,” Jake says, “but to get from Jerry Lee Lewis to Norwegian black metal? That’s something else, but it’s all possible because rock and roll, stylistically, is all connected.”

Jake has his own theories on why so many famous musicians turn out this way:

If James Brown wasn’t raised in a whorehouse, hung upside down in a burlap bag at the age of 11 and beaten with a stick, then he wouldn’t have become James Brown, the most incredible entertainer of all time. It’s in the makeup of those musicians; it’s their constitution that drives them to become incredible musicians, but in some cases drives them to behave very badly.

What’s almost more surprising to me is when I come across an artist that doesn’t behave that way. When you’re dealing with that level of drugs and alcohol on a regular basis, you cannot deal with your demons.

For the musicians profiled in the Disgraceland book and podcast, the beast in them makes them incapable of dealing with the world.

And that, is a disgrace.

Season 4 of Disgraceland just premiered with a two-part episode about the rise and fall of N.W.A. from Straight Outta Compton to Death Row Records, and everything in between.

The book is a real page turner and it’s available for sale tomorrow, October 1.