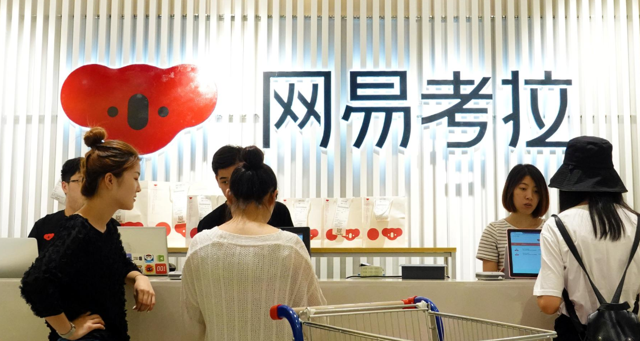 NetEase (NASDAQ: NTES) got itself a good (double-side) deal by selling its e-commerce platform Kaola to Alibaba (NYSE: BABA) and raised $700 MM for its CloudMusic business. We are optimistic about its future growth and recommend a buy.

After several months of rumors, Alibaba has finally released the official announcement to buy the e-commerce business Kaola from Chinese gaming company NetEase for $2B.

Within NetEase’s e-commerce landscape, there are two major components, Kaola and Yanxuan. These two are synergistic components of its e-commerce business, where Kaola is the platform, and Yanxuan is its private-label brand.

Launched in 2015, NetEase Kaola carries more than 9,000 brands as China’s No.1 cross-border import retail e-commerce platform, with a 27.5% market share in cross-border e-commerce in 2018. Kaola helps international brands to sell their products securely to Chinese consumers and for Chinese consumers to purchase safe, high-quality international premium goods in a convenient way. To people who don’t know NetEase well, the sale of Kaola might seem like the company has failed its years’ effort in e-commerce field, we would rather think this is a wise decision for NetEase as it made a good deal for itself. 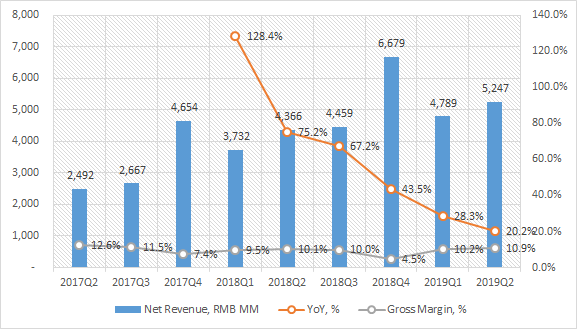 Most importantly, as shown in the chart above, the e-commerce business has around 10-11% gross margin, which is far below the other business sectors (Online Games 60%-65%, Advertising Services around 50%). This means that once the e-commerce business stops delivering triple or even double digits of growth, its low margin will drag down the overall valuation of NetEase.

Second, $2 billion is a good deal, for NetEase. Based on the most recent 4 quarters earnings results, e-commerce business generated around $3.1 billion in revenue for NetEase, including both Kaola and Yanxuan. For a $2 billion dollar deal on just Kaola, Alibaba is paying at least over 0.7x P/S for it. We would consider this a valuation in major favor of NetEase since the other e-commerce platforms are trading well below that valuation mark (VipShop (NASDAQ: VIPS) around 0.45x, Secoo (NASDAQ: SECO) around 0.4x, JD.com (NASDAQ: JD) around 0.61x):

Selling a business with not too much upside potential at a good price, we would consider this as a good choice for NetEase.

CloudMusic: On Track of Growing Into Something BIG

Not just the acquisition of Kaola itself, Alibaba also agrees to invest $700 million for a minority stake in NetEase’s music streaming arm, the CloudMusic.

China’s music streaming market was dominated by Tencent Music (NYSE: TME) with an 83.8% share through three streaming services. NetEase’s CloudMusic and Alibaba’s Xiami have 10.3% and 2.1% market share, respectively. The capital injection from Alibaba in CloudMusic is a clear sign of its move to take on the leading position of TME. 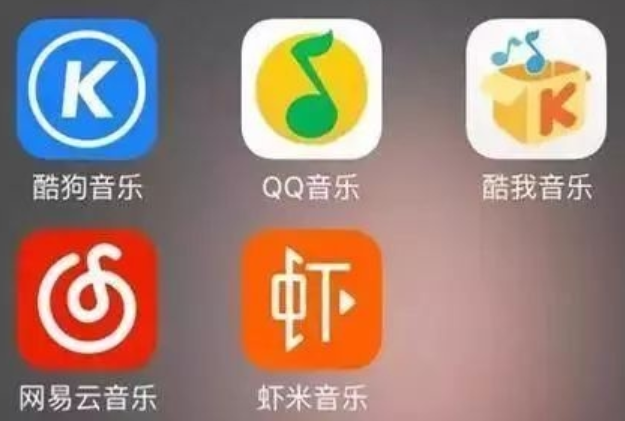 NetEase’s CloudMusic most recently raised $600 million in November 2018 when Baidu Inc., General Atlantic, and Boyu Capital participated. The latest capital injection comes after China’s antitrust authority launched a probe into its much larger rival TME, over its licensing practices. Under government pressure, Tencent Music and NetEase Music last year agreed to relicense more than 99% of their music catalogs to each other. Apparently, NetEase and Xiami are in the right position of this whole antitrust regulatory shock, which will likely help them gain more market share in the coming years.

Also, we think it is a wise choice for NetEase to shift focus on Music and other innovative businesses.

For one thing, the innovative businesses are delivering the fastest revenue growth. For Q2 2019, revenue from this sector grew 23.2% YoY, which was the highest within all four sectors:

For the other, the gross profit margin for innovative businesses has been increasing. For the second quarter of 2019, the margin was 1.4%, compared to a gross loss margin of 13.1% and 7.3% for the preceding quarter and the second quarter of 2018, respectively. As stated in the Q2 earnings call, the quarter-over-quarter and year-over-year improvements in gross profit margin were primarily due to increased net revenues from NetEase Cloud Music, as well as better cost controls.

Consider the over $30 billion valuation for TME during its peak time, we believe CloudMusic has huge potential in its valuation (rumors say the most recent deal values this business at $5-7 billion).

The (double-side) deal with Alibaba is a good deal for NetEase, and also shows that the company is fast and determinant in carrying out its strategies. We are optimistic about the long term future of NetEase. The bet should be on the innovative businesses, although investors should watch out for the online game revenue growth, which is still the largest sector for the company.

Disclosure: I am/we are long NTES. I wrote this article myself, and it expresses my own opinions. I am not receiving compensation for it (other than from Seeking Alpha). I have no business relationship with any company whose stock is mentioned in this article.