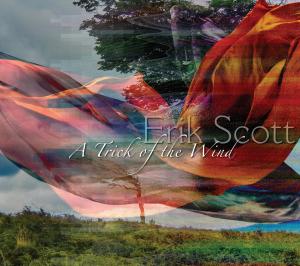 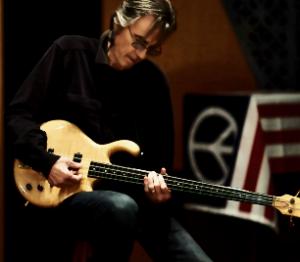 Erik Scott’s genre-defying album A Trick of the Wind nominated for a variety of honors by Peace Song Awards, One World Music Awards, and Zone Music Reporter.

“I keep wanting more from music. A heightened sense of beauty, a nuanced artistic performance that inspires…”

SAN FRANCISCO, CA, USA, March 27, 2019 — A Trick of the Wind is blowing across the globe, attracting multiple award nominations from organizations in Los Angeles, New Orleans, and the U.K. for Erik Scott and his fifth original album. A Trick of the Wind is nominated for both Album of the Year and Best Contemporary Instrumental Album by Zone Music Reporter Global Airplay Charts; Scott will join the best and brightest artists in the world’s ambient, electronic, and contemporary instrumental musicians gathering for the 15th Annual ZMR Awards Concert, a public live music event to be held May 18th, 2019 at 6:30 p.m. at The House of Blues, located in the French Quarter (225 Decatur St., New Orleans, Louisiana 70130, tel: 504-310-4999). Tickets may be purchased online at House of Blues, or at the door in limited quantity.

Scott responded to the nominations, saying “I keep wanting more from music. A heightened sense of beauty, a nuanced artistic performance that inspires… certainly feeling, maybe even action. Coming from the late ‘60s, we expressed everything with music. Harder to do without lyrical signposts, but wonderful when it happens. I think I feel the appreciation, like these nominations, more as well.”

The nominations are as plentiful as the critical acclaim; the album is also nominated for a Best Contemporary Instrumental Album Award by One World Music Radio, which announces its OWM Award winners June 9, 2019. Additionally, several singles off the album are nominated by the Peace Song Awards for “Best Song” in categories including Rock-Pop, Jazz, Acoustic Contemporary, World, and New Age, which speaks to the genre-defying uniqueness of Scott’s music.

Music writer Dyan Garris summarized the album this way: “‘A Trick of the Wind’ is brilliant, enlightened, and enlightening. It’s a musical work of art to be appreciated on many levels, not only because of how well done it is overall, but also because you can literally feel the pure heart that pours out of every note. Multi-textured. Contemporary. Unique. If I have to call it something, I’m going to call it “Progressive New Age.” And even that doesn’t really describe it to its best.”

To qualify for a ZMR Award, one must have a top-charting album on the Zone Music Charts in the span of a year, and the qualifying albums are then voted on by global radio broadcasters. The event, in New Orleans each May following JazzFest, has become an annual destination weekend for many ambient, electronic and acoustic music lovers and artists. The Awards show is preceded by a Friday night Meet-and-Greet dinner in an old-world French Quarter setting at The Vacherie on Friday, May 17th, 2019. Details on the weekend’s events, tickets, award nominees and presenters can be found at Zone Music Reporter.

Renée Blanche, the host of “Night Tides” on KCUR, will once again be the Zone Music Awards’ Master of Ceremonies. The line-up of live performers covers many of the musical styles that ZMR represents including Joseph Akins, Hans Christian, Tom Eaton, Sangeeta Kaur, and Michael Kollwitz.

In 2017, Erik Scott won ZMR Awards for Album of the Year and Best Contemporary Instrumental Album. In The Company of Clouds also reached #1 on the ZMR Global Airplay Chart twice and hit the pole position on the nationally syndicated radio show ECHOES.

About Erik Scott:
Erik Scott is an American bass guitar player, producer, and songwriter. Scott played bass for the band Flo & Eddie, as well as Alice Cooper in the 1980s, for whom he also produced. He was one of the founding members of Sonia Dada, which reached the number one position on the Australian music charts with their debut album. Scott was also the co-writer of the song “Father, Father” the title track of the Pops Staples’ album and winner of the 1994 GRAMMY Award for Best Contemporary Blues Album. In 2008, he became a solo artist with his debut album Other Planets. He has recorded five solo albums in total, including the 2016 ZMR Awards Album of the Year winner In the Company of Clouds.

A Wing and a Prayer