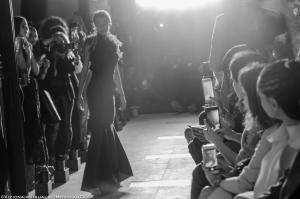 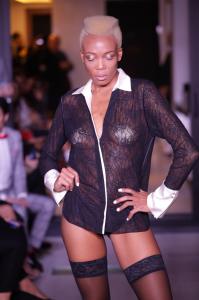 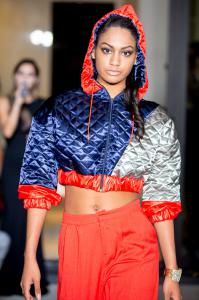 Malena Belafonte’s creativity never ceases to amaze me. You never know what she will come up with next, but you know it will be amazing!”

NEW YORK, NEW YORK, USA, February 24, 2018 — The show series took place at 251 East 61st Street, an exclusive $14.35 Million, Upper East Side townhouse listed by Douglas Elliman’s Robert Morrison and Margaret Dillon. “We were thrilled to open our doors to The Journey Fashion Festival, as they allowed us to market the townhouse in a unique and non-conventional way,” said listing agent Robert Morrison of Douglas Elliman. “Not only were we able to get a set of fresh eyes on the property, but we were also able to do so in a tasteful and glamorous way.”

The Journey Fashion Festival is known for producing shows out of the ordinary – last season’s show featured helicopters that dropped models in Christian Lacroix lingerie off on the runway. The fall/winter ’18 show did not disappoint either. The Journey Fashion Festival founder, Malena Belafonte along with her husband and business partner, David Belafonte, who for decades produced his father, singer Harry Belafonte, transformed the five-story, luxury townhouse into a full functioning fashion show venue, by creating a runway that went from the main townhouse, through the outdoor courtyard and into the home’s adjacent carriage house – in the middle of winter.

“It may seem crazy, wanting to do an outdoor fashion show in New York during the middle of February, but I just knew it would be perfectly sexy and classy,” said Malena Belafonte who is also the Creative Director of The Journey Fashion Festival. Born in Denmark to a German mother and a Danish showbiz father, Malena is heavily influenced by her European and show-business roots. “I wanted a boutique vibe that channeled that special time in Paris where it was all about creating a show that would stand out and differ from the others”.

Chinese American Minan Wong opened with a clean and stylish collection. Groomed by her idol Donna Karan, and as a member of the FIT Design Entrepreneurs Collaborative, Minan Wong’s mission is to use fresh sustainable materials and fair wages to showcase an expertly crafted collection. “Our goal is to reduce our footprint while still helping you make your mark,” says Minan. And Minan Wong sure hit her mark during The Journey Fashion Festival with a perfectly curated show.

The runway was lined with beautiful candles from the newly launched Fay Salgado’s Men’s Candle Collection, giving the show “a 50 Shades of Grey vibe” once models clad in lingerie, garters and heels by Helen Sanchez Intimates, took to the runway with a luxury lingerie collection, perfectly titled “From the Bedroom to the Boardroom”

Este and Chlo by Henry Picado from Costa Rica impressed by showcasing collections inspired by old Hollywood glamour. His boutique men’s collection featured superbly tailored suits and his women’s collection, rich in textures and alluring details showcased a range of looks from day to evening for women who know what they want.

“My guests were so impressed by the ability to make an intimate setting as powerful as a huge venue,” says Project Runway’s All Star Layana Aguilar from Brazil who herself, showed a powerful collection in keeping with her mission to provide armor for which women can present their best selves every day. Her collection closed out the show series featuring live music performed by beautiful Brazilian singer Alina Munez accompanied by Marco de Vita.

Throughout the collections, models wore diamonds from Designs by Kamni. Kamni, a luxury jewelry designer, made her NYFW debut with a magical collection. Known for hand-selecting each and every diamond used, this new mom created a look that fit perfectly with the intimate show setting. “I get inspired by each costumer, and I want that to translate into each piece I create,” says Kamni Verma.

The “City Estate” was creatively curated to create an exclusive experience for the invited show guests. After a red carpet arrival, VIP guests were treated to hair treatments in the Beauty Bar by Marcello Costa, and walked away with Redken hair products while enjoying an installation for Lola’s Rewurk Collection by designer of Lola Loves Cargo. A memorable moment that impacted everyone was when in addition to a moment of silence to honor the lives lost in the high school shooting in Florida, 10 year old Amadeus took to the runway marking each lost life with a drum beat. This inclusive yet exclusive mindset is what sets The Journey Fashion Festival apart.