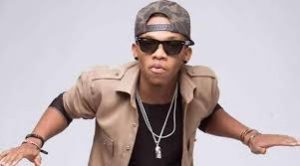 The Federal Government has promised to bring sanity into the social lives of citizens and stop the debasement of humanity and the pride of Nigerian women by making scapegoats of some persons.

The government was reacting to the controversial music video by a popular musician, Augustine Kelechi, aka Tekno, with scenes of four semi-nude women dancing in a moving van on the Lekki-Ikoyi Link Bridge in Lagos.

The artiste, in the four-minute video, was seen throwing money suspected to be dollars at the young women. The government expressed disappointment that despite ongoing investigations into the anomaly, Tekno went ahead to release the offensive video.

A statement on Sunday by the Director General, National Council for Arts and Culture, a parastatal of the Federal Ministry of Information and Culture, Segun Runsewe, said Tekno would be made a scapegoat “to teach others a serious lesson.”

According to him, the NCAC is committed to exposing proponents of such kind of offensive sights and videos in Nigeria, while security agencies will be briefed to place Tekno on their watch list, “because his conduct is a threat to national security.”