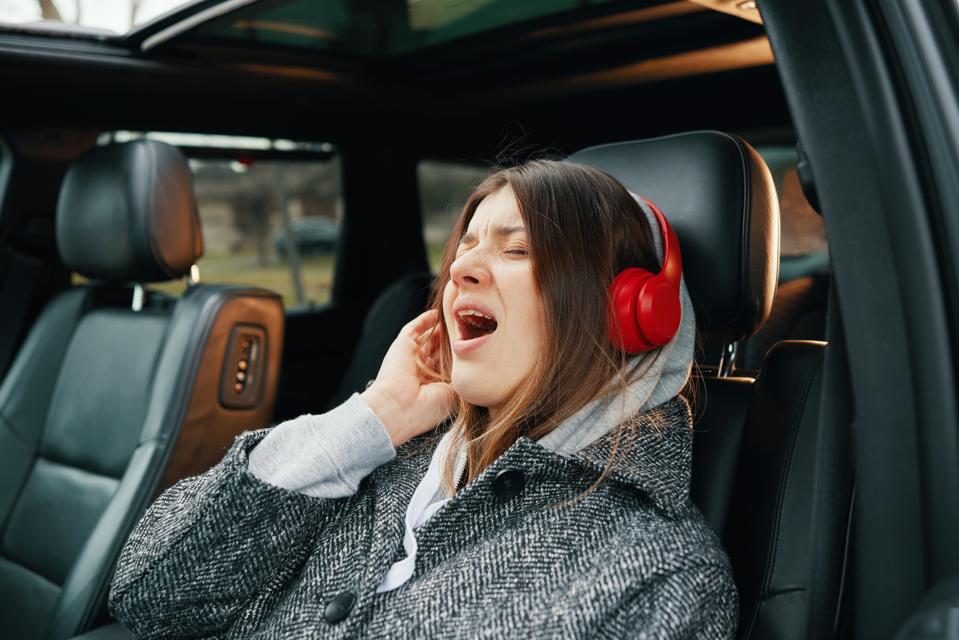 Have you ever continued to sing along with a song even after you could no longer hear the music? Researchers in China recently discovered what happens in your brain when you’re doing that.

Researchers in China have discovered what happens in your brain while you listen to a familiar tune, and when you remember it later.

When you’re listening to music or trying to remember a melody, certain brain areas that are related to relevant processes like music perception or imagination become active. Until recently, scientists didn’t know precisely at which points in time these different brain areas are activated.

A common method to find active brain areas is Functional Magnetic Resonance Imaging (fMRI),  but that isn’t detailed enough to see rapid changes in activity. Now, a group of researchers at Tsinghua University, Beijing, found a more accurate way to measure brain activity changes over time, and noticed that listening to music and remembering music involve different processes in the same region of the brain. They published their findings this week in the Journal of Neuroscience.

To carry out this study, they approached volunteers among a group of epilepsy patients that were undergoing a procedure called electrocorticography, or ECoG. Nine of the ten participants were patients at Tsingua University Yuquan Hospital, where they were preparing to have their epilepsy surgically treated by removing the affected area in their brain. (The tenth patient was undergoing the same treatment at a different hospital.) Before their surgery, they were all monitored with ECoG to find the exact area that was causing their seizures. During this procedure they spent one to four weeks with electrodes in their brain. While they had these electrodes in place, they took part in the music listening task.

First, they were all asked to listen to a number of different pieces of instrumental music. All were well-known Chinese or Western music segments. The participants indicated which music they were most familiar with, and those one or two tracks would be the ones used in the main experiment.

One of the participants picked Beethoven’s “Für Elise”, and two chose Wagner’s “Wedding March”, but the pieces that this particular group of volunteers was most familiar with was a famous Chinese military piece called “Welcome March”, followed closely by the opening theme of the daily news broadcast of China Central Television (CCTV).

Once they had identified a familiar tune, the real experiment began. Each participant listened to a few seconds of their chosen piece of music, whether that was Beethoven or the TV news theme. When the music stopped, they were asked to continue the melody in their head for a few seconds longer.

From looking at the brain regions that were active during these different parts of the tasks, the researchers found that the flow of information in the music recall process was opposite from what it was while they listened to the tune before the music stopped. During listening, the information flowed from sensory regions of the brain to the frontal region, tasked with cognitive processes. During music recall, the direction was reversed.

With only ten study participants, this study is of course just a small piece of the puzzle, but it brings researchers another step closer to understanding exactly what happens in our brains when we listen to music – or when we hear a melody in our head.