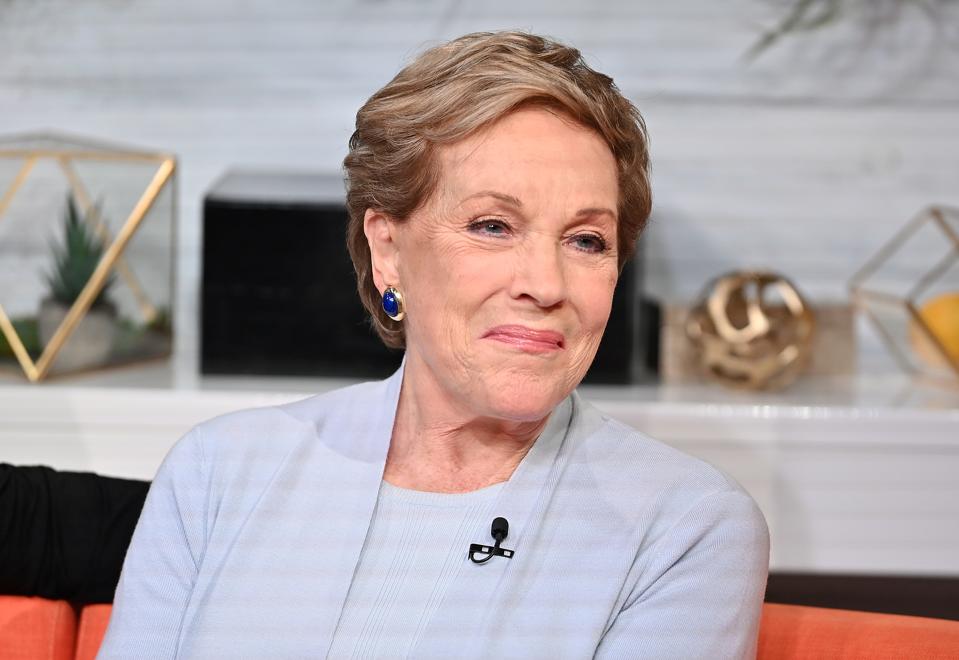 It’s been 54 years since Julie Andrews twirled her way into movie history in the musical film The Sound of Music — yet some of the secrets behind what made the hills so alive are still being uncovered, especially as the now 84-year-old actress released her second autobiography, Home Work: A Memoir of My Hollywood Years, co-written with her daughter Emma Walton Hamilton, this week.

The movie went on to snag the Best Picture Academy Award in 1966 and continues to be woven into our cultural fabric with regular airings around the Easter holidays, as well as The Sound of Music-themed tours in Salzburg, Austria, to its filming locations, plus talks with the actual members of the Von Trapp family, which the story was based on, at the Trapp Family Lodge in Vermont.

Its legacy has left such an influence that songs like “Do Re Mi” and “My Favorite Things” have been passed down through generations of parents to their kids — but as it turns out, the movie could have had a very different look… without Andrews as the helm, as she reveals in her new book. 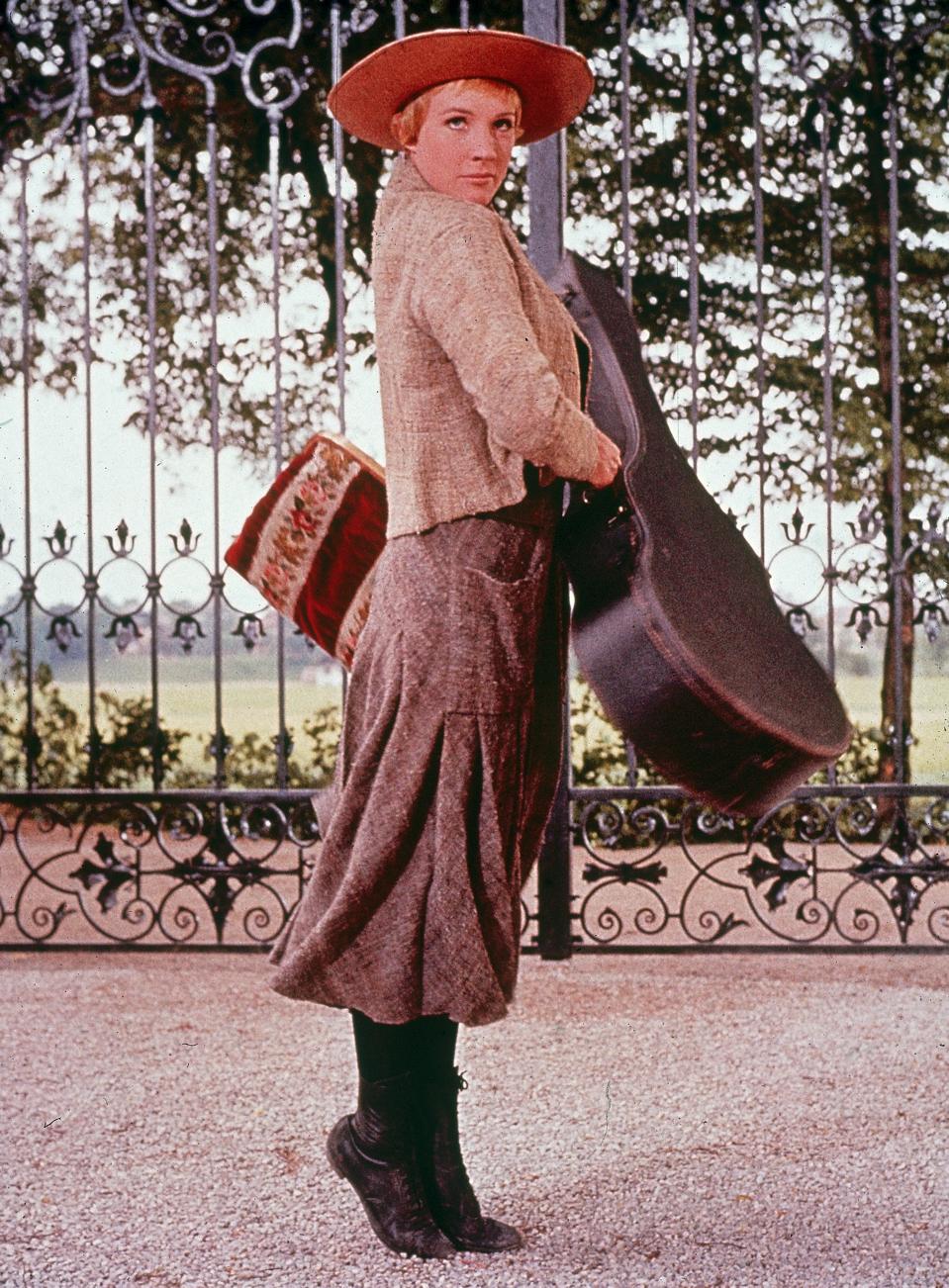 1965, British actor Julie Andrews holds a guitar case and a carpet bag in a still from the film ‘The Sound of Music’ directed by Robert Wise. (Photo by 20th Century Fox/Getty Images)

The Sound of Music had made its Broadway debut with music by Richard Rodgers and lyrics by Oscar Hammerstein in 1959 — and Andrews and her then-husband Tony Walton had seen the show on stage.

“I’m ashamed to admit that at the time we weren’t wildly impressed,” she reveals in the book. “We loved the music, but the show seemed rather saccharine to us — so much so that Carol Burnett and I did a spoof of it called ‘The Pratt Family Singers’ in our 1962 television special.”

She eventually came around once the director Bob Wise and producer Saul Chaplin said they were committed to making it “less sentimental” and “more substantive.”

2- She Worried About Being Typecast as a Nanny

Having made her movie debut as Mary Poppins in the 1964 movie musical as the beloved nanny to the Banks children, Andrews was concerned about flying into yet another smiliar role, albeit minus the magical twist.

“It would be my second nanny role, almost on the heels of the first,” she noted, having done 1964’s The Americanization of Emily in between. Thankfully, her Hollywood agent was persistent.

“Arthur (Park) very much encouraged me to accept the job,” she remembers. “And I’ll be forever grateful for the nudge over the fence that he and Bob (Wise) gave this nervous and insecure young woman.” 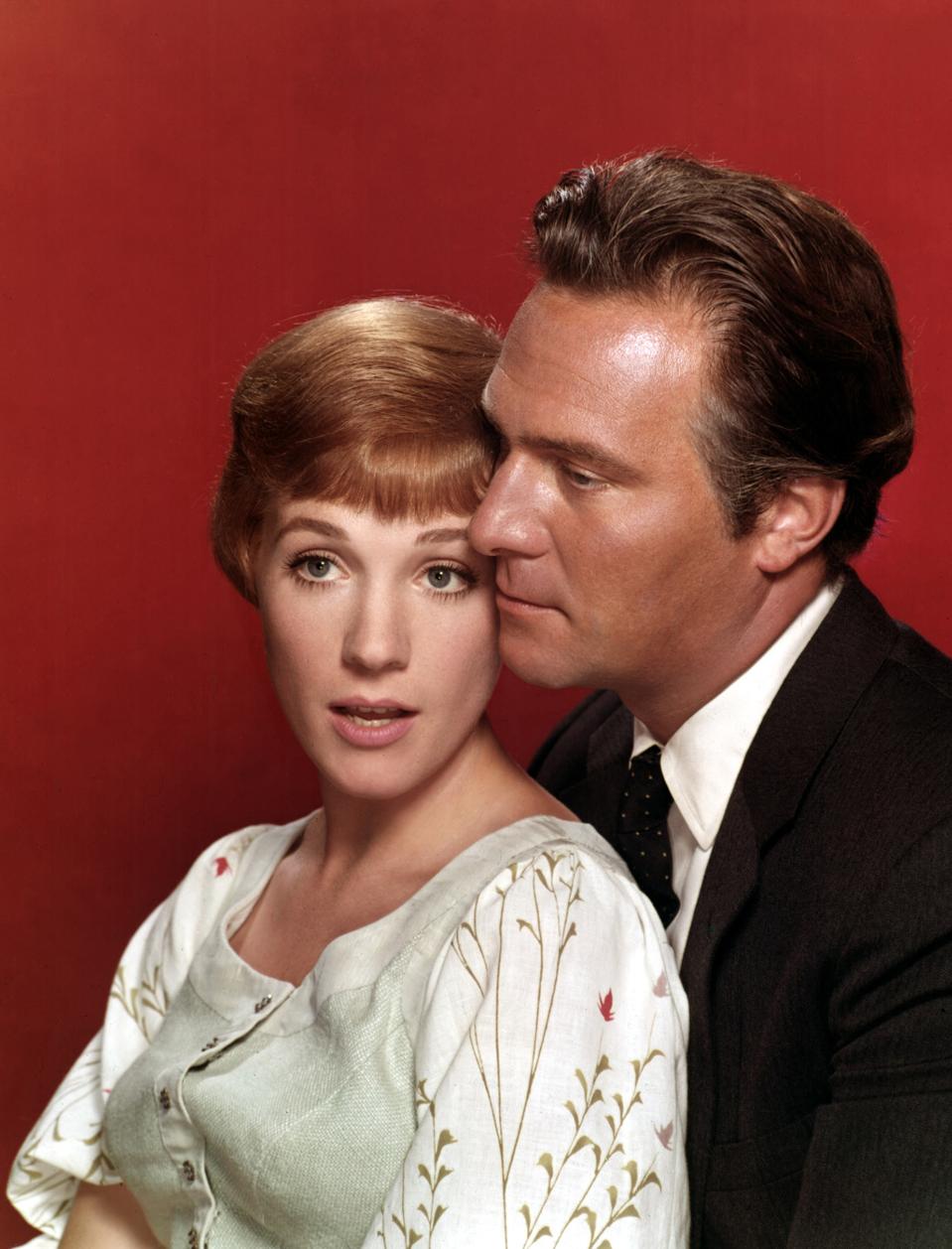 Ever since she had to cut her hair short for the wigs on Mary Poppins, Andrews had kept her hair that way. Even with highlights, the back of her hair appeared too dark on camera, so they decided to give her even more highlights.

“Unfortunately, there was a mistake in the coloring process, and I ended up with a bright orange mop,” Andrews writes. “My hair had to be cut even shorter, and what was left of it was dyed pure blonde.”

The upside of the mistake: “As luck would have it, this gave me a more Austrian look.” 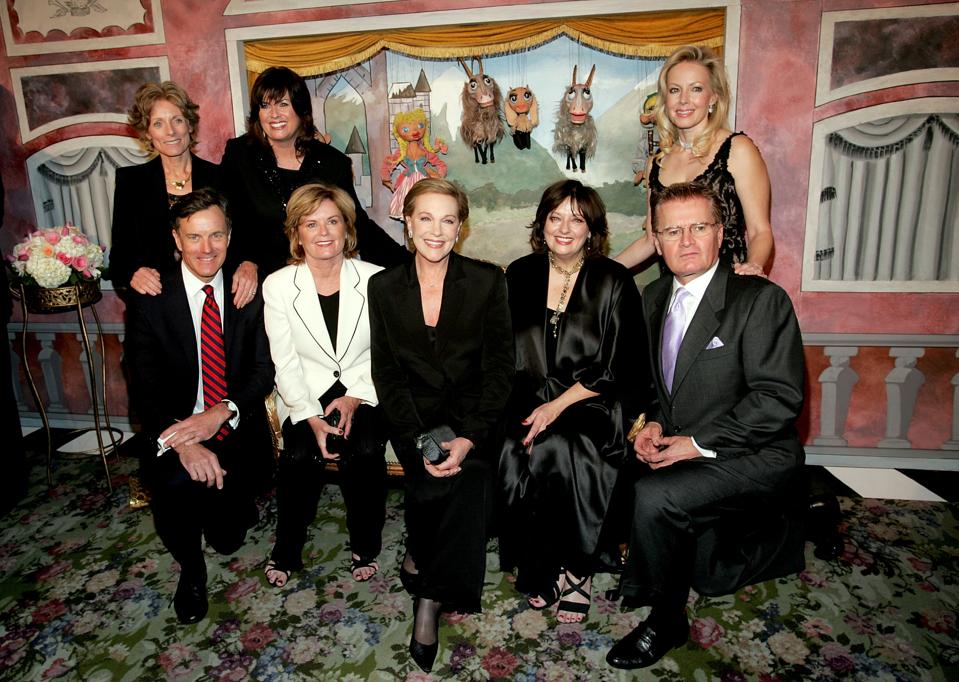 4- The Children Were Mary Poppins Fans

Even though Mary Poppins hadn’t been released in theaters yet, the seven actors who played the children had heard about it. “They kept asking me to say ‘supercalifragilisticexpialidocious’ for them, which I did.”

Ever eager to please and entertain, Andrews one-upped their request: “Then to their delight, [I] said it backwards.”

5- They Had to Use the Bathroom in the Woods

While the Austrian Alps are a perfectly crisp green star of the film themselves, in reality, the production hadn’t accounted for the fact that Salzburg, where they filmed, had Europe’s seventh highest rainfall. Days were often spent waiting for the weather to clear.

Also an issue: The alpine locations that had no roads to get to. Equipment was carried up by ox-drawn carts and everyone had to walk.

“On one particularly chilly day, the wind was blowing hard and there was a lot of mud. Bob said to me, ‘Sit on the ox cart, Julie, with the cameras. We’ll give you a lift,” she recalls. Her wardrobe at the time: “A fur coat (it was the 1960s, after all), and the humor in the contrast between my attire and mode of transport wasn’t lost on any of us.”

Their location ended up being a sea of tarps and tents — and on lucky occasions — a barn. “When nature called, we went into the woods — not easy for us women!”