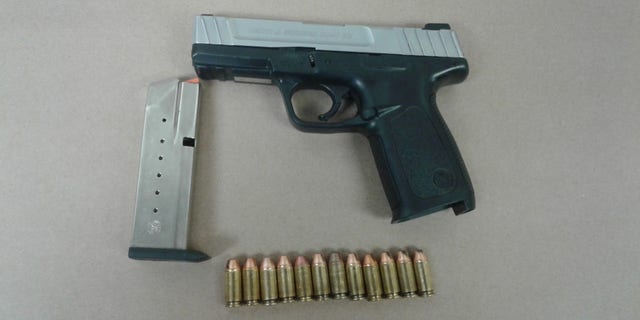 The recording of a music video in Fresno, Calif. was cut short Tuesday evening after police arrested a teen allegedly armed with a stolen .40-caliber handgun.

A 16-year-old who matched the caller’s description allegedly was carrying a gun magazine loaded with 12 .40-caliber cartridges, the Fresno Bee reported, citing a police spokesman. The teen allegedly told officers he had hidden a handgun inside his pants.

The teen allegedly told officers he was an active member of the Fresno-based gang “College Street Bulldogs.”

He was arrested on multiple firearm-related charges and booked into the Fresno County Juvenile Hall, according to the paper. His identity was not released.