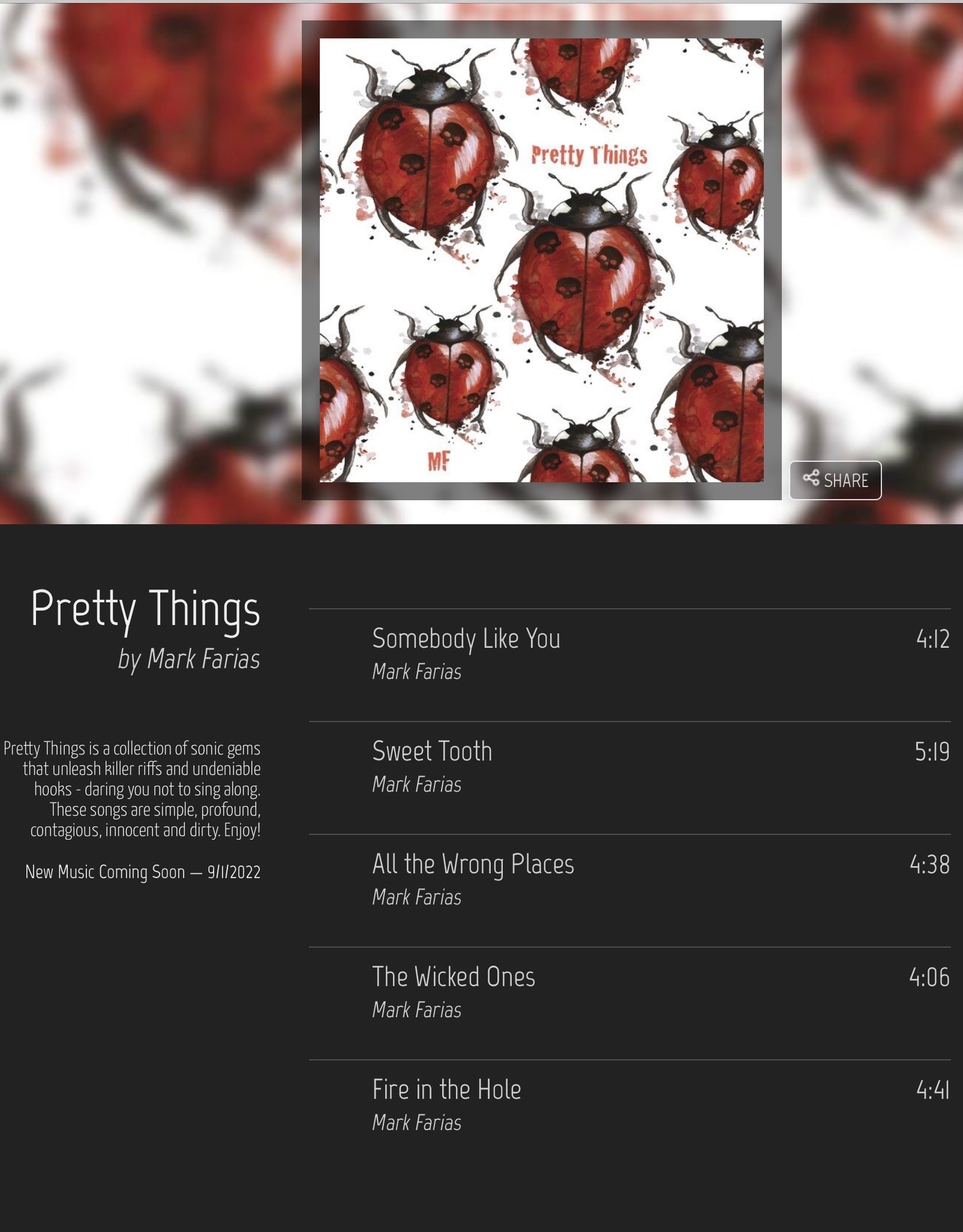 Lompoc, California — September 30th, 2022 – Having recently dropped his striking new album “Pretty Things,” Mark Farias is putting on show the range of artistic talent and skills he has to share with the rest of the world.

Titled “Pretty Things,” Farias’ debut album is a unique blend of energy, emotion, and authentic rhythms. Hitting listeners like a sledgehammer that they did not see coming, the new album is a mix of sonic booms that compel audiences to lose themselves in the artist’s music.

Pulsating, powerful, and thoroughly captivating, Mark Farias’ newest release is a collection of dynamic and spirited tracks that truly exhibit his musical appeal. Complete with contagious hooks, killer riffs, and enriching instrumentation, the new album is an inviting, profound, and gripping release.

With tracks that will be on the tongue of every listener, the tracks in “Pretty Things” are simple, seductive, and primitive, making them even more relatable for audiences to get completely engrossed in the rhythm.

The artist is already planning his next album, ‘The Dust Factory,’ which is set to be a shift from his current character, as it will be an acoustic record. With an aim to establish his name in the music sphere, Mark Farias intends to release a new album every six months.

Stream Mark Farias’ new album, ‘Pretty Things,” on the artist’s official music streaming platforms and follow the artist on social media for updates on new and upcoming releases. For interviews, reviews, and/or collaborations, feel free to reach out through email!

A gifted artist in every sense of the word, Mark Farias is a multi-genre singer, songwriter and performer. Known for the way he skillfully blends unfailing melodic and organic Rock rhythms with a unique taste of raw and stirring Rock and Roll, Mark Farias is a true icon.

His current album, “Pretty Things,” is a mesmerizing groove that sinks its teeth deep inside your brain and blows your mind. The album is available on all major digital platforms, from CD Baby, YouTube, and iTunes to Amazon Music and Spotify, among others.