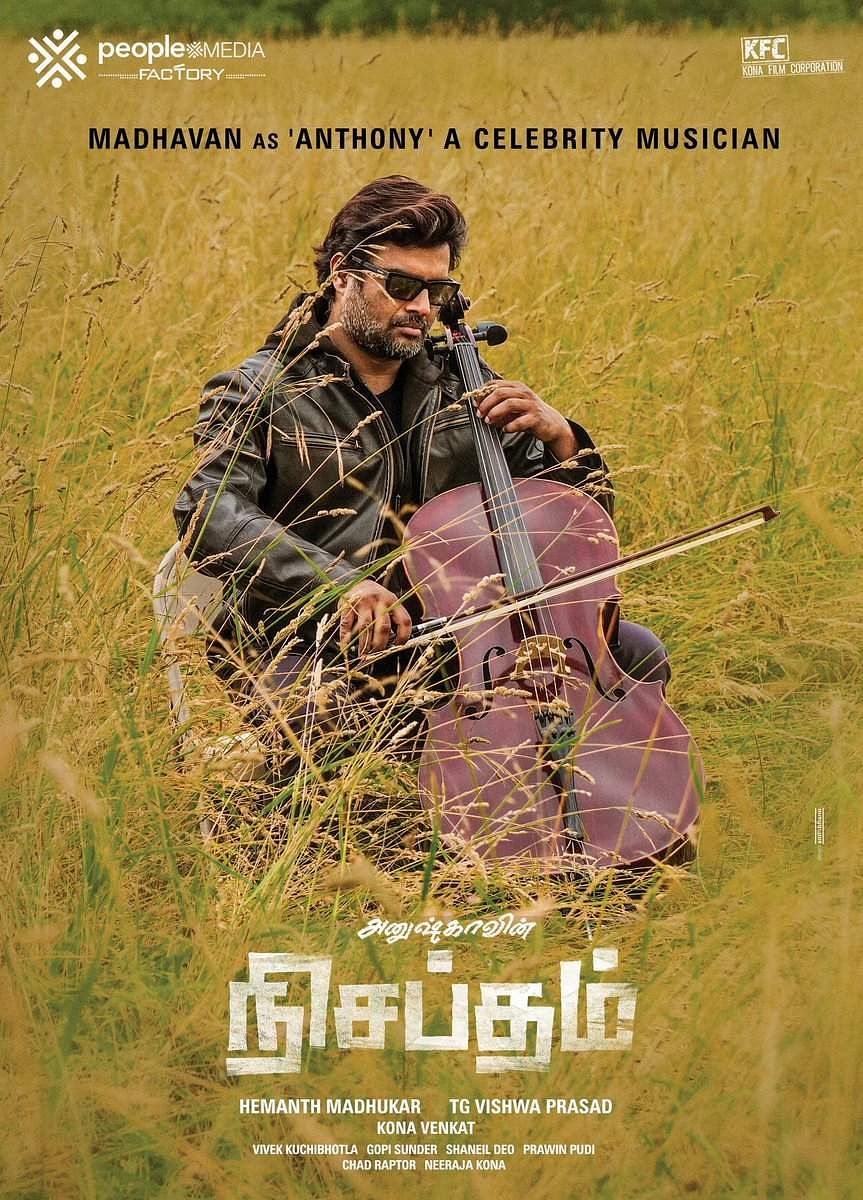 The first look of actor Madhavan from his upcoming film ‘Nishabdam/Silence’ is out! Maddy, looking as stylish as ever, is seen wearing a black leather jacket and sunglasses. He is sitting in a field and playing the cello.

He will be sharing screen space with actress Anushka Shetty. The two last acted in the 2006 film ‘Rendu’.

Anushka Shetty plays Sakshi, a mute artist in the film whereas Madhavan will be essaying the role of Anthony, a musician.

Anushka’s look was unveiled recently by the film’s makers.

Other actors in the cast include Shalini Pandey, Anjali, Srinivasa Avasarala and Subbaraju. 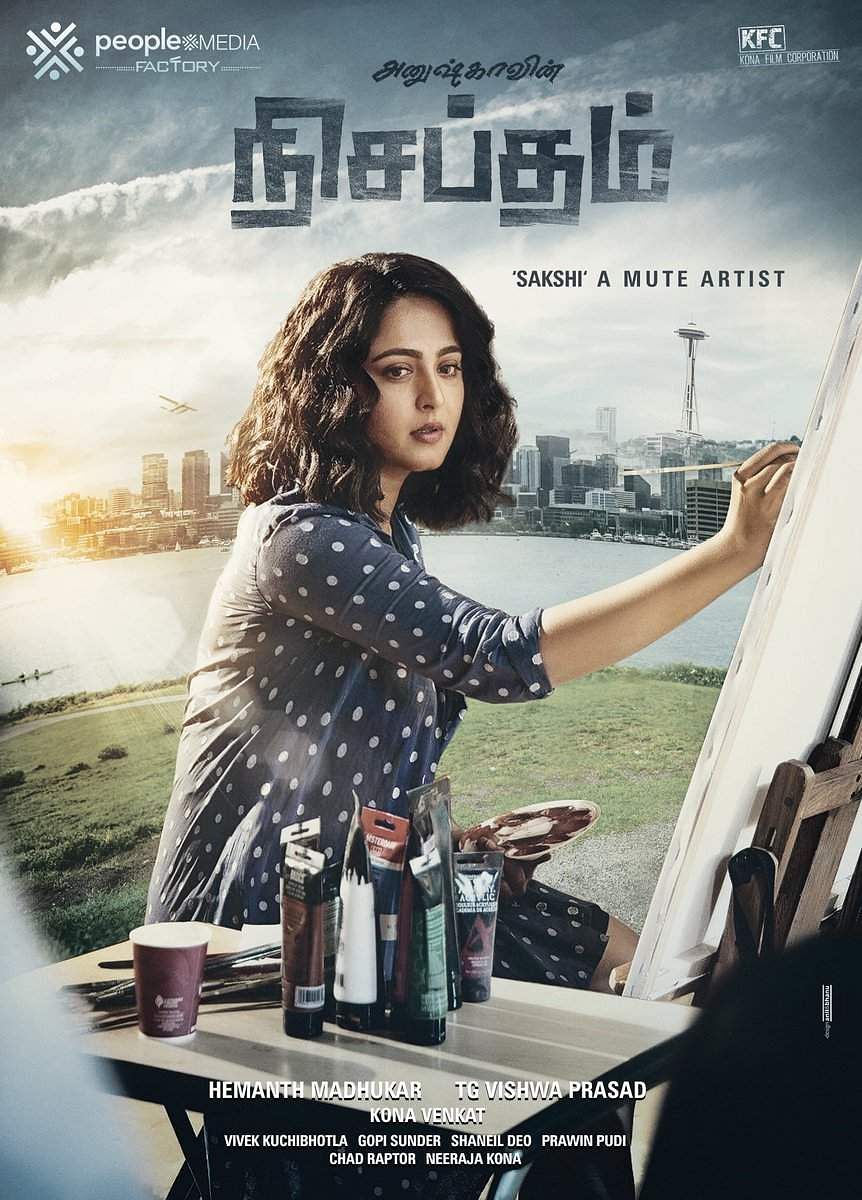 Hollywood actor Michel Madsen of ‘Kill Bill’ and ‘Reservoir Dogs’ fame is repoortedly set to play a pivotal role in the film.

‘Nishabdam/Silence’ is helmed by Hemant Madhukar and is produced by TG Vishwa Prasad and Kona Venkat. Gopi Sunder is composing the music.

It is set for release in five languages.