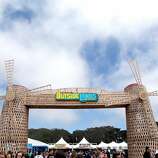 It’s that time of year. It’s finally the weekend that bass lines weave through acacia trees and Monterey pines into the avenues, and smuggled-in cannabis vapes intermingle with the haze of Fogust. In one hand you’ll have a Senor Sisig burrito; in the other, a locally-brewed IPA.

This August 9-11 is Outside Lands at Golden Gate Park, where for the last 11 years, leagues of rockers, rappers and comedians have performed on stages across Polo Field, Lindley Meadow and Hellman Hollow.

It’s a particularly imposing event, and especially so for a music festival. Seemingly endless food, drink and entertainment options can be paralyzing, especially for a first-time ticketholder. How do you get there? What do you bring? What do you wear? What should you eat?

We’ve got answers. See our ultimate guide to the festival below. 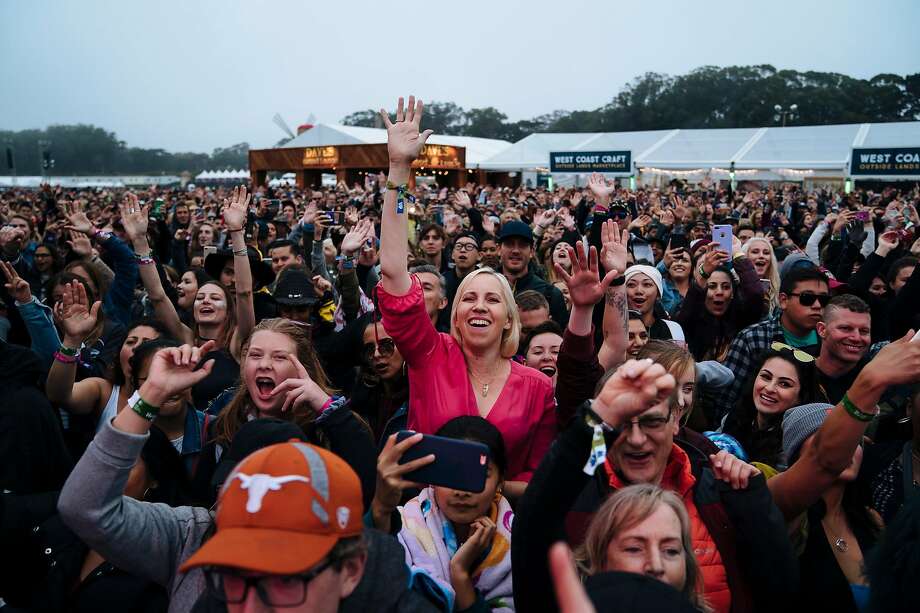 Fans react to Salt-n-Pepa performance at the House by Heineken stage during Outside Lands Music and Arts Festival at Golden Gate Park in San Francisco, Calif., on Sunday, Aug. 12, 2018.

What to do first

Register your wristband in the Outside Lands app. By doing so, you’re essentially insuring your event ticket in case it gets damaged or breaks during the fest. Need to replace your wristband for some reason? If you registered it, you’re covered.

How to get there

Let’s get one thing out of the way: You probably shouldn’t drive to the festival if you can help it. Parking is limited in the Sunset and Richmond Districts (which surround the festival grounds), and there are areas with 2-hour parking limits that will be enforced on Friday. If you do drive, be sure to leave absolutely nothing in your car, so as to deter a break-in.

Those who take public transit will be able to pick up a number of bus lines from Market Street downtown (the N-Judah underground, the 5 and 5R-Fulton and the 7-Haight/Noriega) and a few from the surrounding areas (the 28 and 28R-19th Avenue, the 29-Sunset and the 44-O’Shaughnessy) that will transport them to the park. As in years past, to mitigate crowding, the SFMTA will increase service on the N-Judah and 5R, and will add 5X Fulton Express lines running from between 31st and 37th Avenues on the north side of the park (near the Sutro Stage) to Civic Center BART station downtown.

There is, of course, always the rideshare option, though it’s likely your costliest choice. Ubers and Lyfts are likely to launch surge pricing at the beginning and end of the fest every day, so order your ride home at your own risk. You can, however, rent bikes or scooters to get you to the fest if you’re nearby.

Those who like things a little more straightforward can pre-book transportation with Outside Lands directly, on their local shuttle, which runs between the Bill Graham Civic Auditorium (near Civic Center BART) to Outside Lands’ South Entrance. The 3-day shuttle pass is on sale for $49.50 plus fees. There are additional fest-official shuttles offered between San Francisco and Mill Valley, Oakland, Palo Alto, Sacramento and San Jose.

Whatever your route of transit, you’ll need to get to one of three entrances. One is on the north side of the park on Fulton at 30th Avenue; the other is to the south side of the park, on Middle Drive W, via Judah at 34th Avenue. 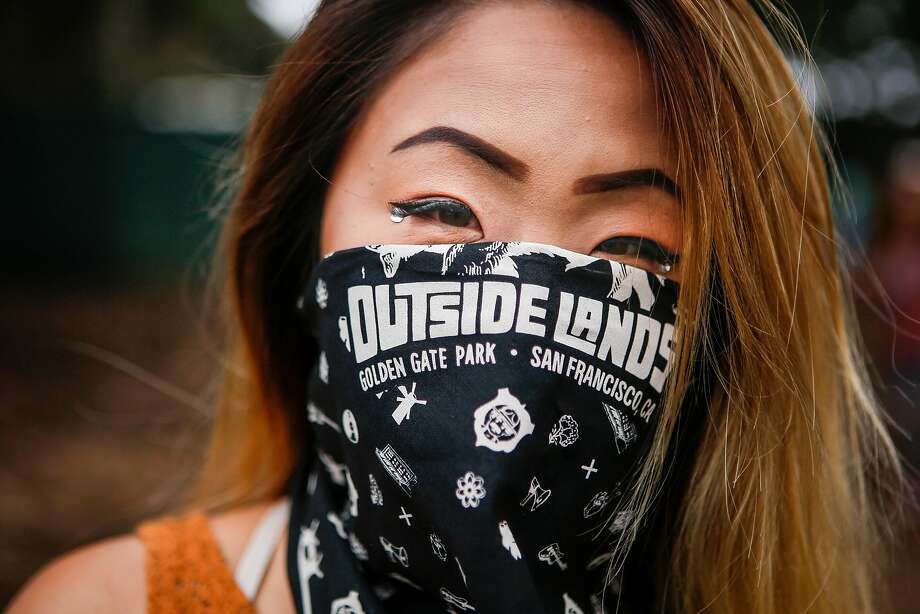 Trinh Du stands for a portrait wearing the bandana she bought from the march store during the 10th annual Outside Lands Festival in Golden Gate Park in San Francisco on Friday, August 11, 2017.

The land of myriad microclimates presents a challenge ahead of Outside Lands every year: If it’s 70 degrees in the Financial District, and 80 degrees plus in the East Bay, exactly how chilly will it be in Golden Gate Park?

You should always assume the answer is colder than you initially think. This ain’t Coachella; Outside Lands is notoriously chilly, save for a couple sunny hours in the afternoon, and shorts will likely be a bad choice. Don’t trust the optimistic forecast — bring a solid windbreaker.

Anyone who attended the festival last year will be aware of an important new festival rule: No non-clear backpacks. If the event is anything like Clusterfests of the past, those who bring their Jansport may be required to empty the contents of their bags and put them into a glamorous, provided trash bag they’ll need to haul around the fest.

Opaque-fabric fanny packs and purses smaller than 6″ x 8″ x 3″, however, as well as single-pocket drawstring bags will be allowed into the park.

Most other prohibited items are much more predictable — hammocks, glass containers and alcohol, drugs, drones, explosives, American Indian headdresses — but there is another curveball on the list: totems. Unfortunately, large groups, you’ll need to leave the Get Schwifty sign at home.

One thing you can bring: food. There will be dozens of excellent vendors in attendance, but if you’re looking to save a bit of cash, you can bring in your own sandwich.

Another thing you should bring: an extra battery charger for your cell.

Speaking of dinner, there will be more than 80 stands, food trucks and counters slinging everything from pizza to tacos to sushi. There will be porcini mushroom doughnuts and ahi poke, fried mac & cheese and ramen burgers, and chilaquiles and Nepalese lamb dumplings. There’s even something called a “jambalaya burrito.” Even the pickiest eater will be able to find something delicious. The menu is, as billed, a real “diversity of eats.” 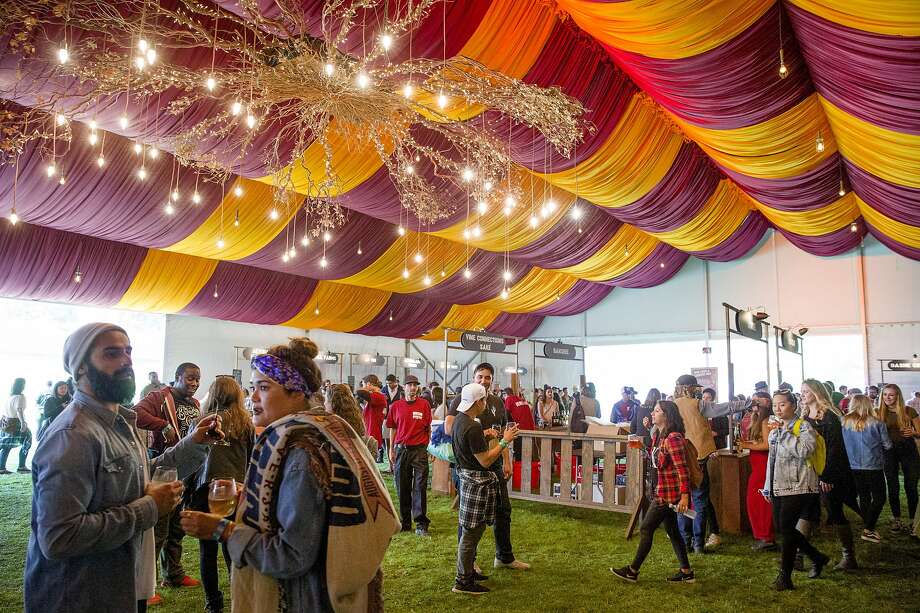 The Wine Lands tent at the Outside Lands music festival at Golden Gate Park on Friday, Aug. 11, 2017, in San Francisco, Calif.

Shall you visit Cocktail Lands? Grab a pint of local craft beer at the expertly curated Beer Lands? Sample half a dozen wines in the chandelier-lit wine tent? Or just grab a White Claw at any of the numerous counters around Polo Field? You’ve got lots of options, but even the busiest wine fans should be sure at least to break from the music and dedicate a little time to onsite wine tasting at Wine Lands. After all, around 125 wines from 46 wineries will be up for sampling. Spring for the plastic stemless cup, and hold onto it through the weekend for impromptu tastings and pours.

Should the fest succeed in securing a cannabis permit, maybe also plan on taking a short little … trip. 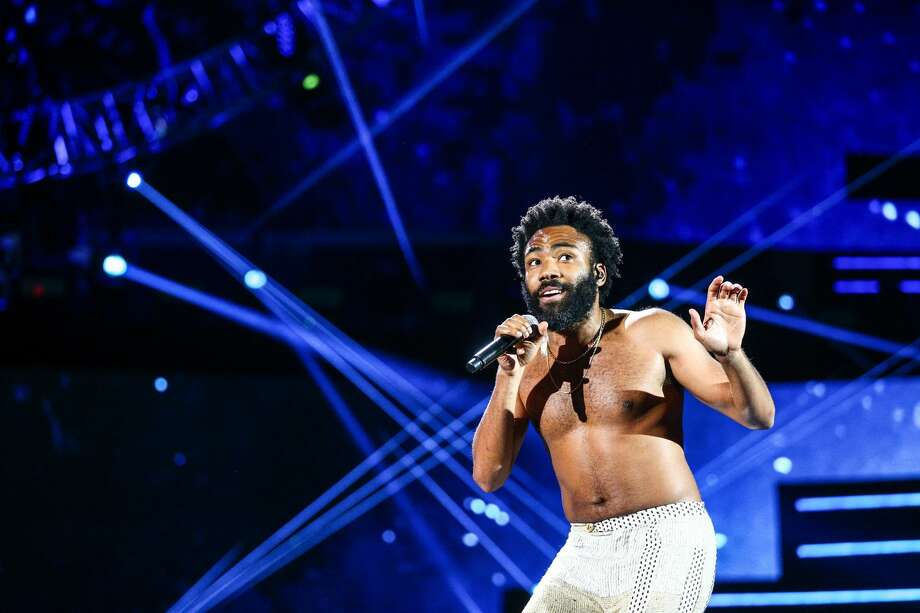 What acts to see

There’s a playlist for that.

Once you’ve combed through the dozens of acts in the mix this year, plan out your schedule on Outside Lands’ site by creating a user account, and then download the Outside Lands app to access it (along with set times, a map and other info) onsite at the fest. You can get into the park as early as 11 a.m., though music doesn’t start until noon.

During your planning, be sure to also leave time for the Barbary Tent’s comedy and variety acts. When else would you get to see Tony Danza sing his heart out in real life?

What to do after

Should you opt to wait out the hordes of people cramming themselves onto departing buses in the immediate hour after the fest, consider checking out the late-night bars and restaurants around the park.

One the north side of the park, in the Richmond District, you’ll find tiki bar Trad’r Sam (Geary at 26th), the cocktail spot Violet’s (Clement at 24th), Tommy’s Mexican Restaurant (Geary between 23d and 24th), and Italian restaurant Fiorella (Clement at 25th).

On the south side of the park, in the Sunset, you’ll find more options, especially if you’re willing to walk a bit farther to the neighborhood’s commercial hub at 9th Avenue and Judah Street. If not, you can always grab tacos at Underdog’s (Irving at 19th) or beers at Chug Pub (Lincoln at 20th).