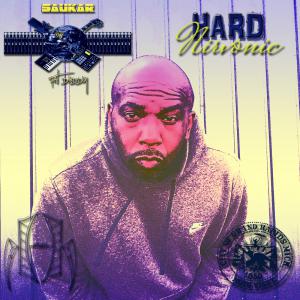 Coming with introspective lyricism & a vintage sound, Saukar takes a different direction from previous releases to hit his personal points.

HUBER HEIGHTS, OH, US, October 29, 2018 — Heatholders Music Association recording artist Saukar releases his 10th project today and will be his 2nd project released this year. Originally from Grand Rapids, Michigan Saukar has been under the radar making music consistently for the past 20 years. During this time he’s not only honed his skills as a rapper, but as a producer, engineer and more.

The new album is available globally on all digital and streaming platforms.

Saukar noted that he has a pretty decent sized catalog, but none of his earlier releases were quite this cohesive, as far as the subject matter. Stating that –

“I wanted to give more focus on the lyrics and get in-depth with things that I think about personally to talk about versus having the hottest beat. For those kind of songs, I wanted the production to match, so I made beats that were a little more boom-bap in nature.”

This album covers various topics such as self-introspection, personal spiritual positions, cultural unity & just straight bars. The focus of “Hard Nirvonic” is not only for elder Hip-Hop listeners but also the younger generation who search for deeper meaning within their music. The meaning of the tidal, according to Saukar, refers to his talent being a heavenly gift that he brings across with a urban edge.

The “Phoenix Deluxe” emcee is also the sole proprietor of his own recording company, studio & publishing outfit. Over the past 2 decades, Saukar has used his services to help other local independent artists in Wisconsin, Michigan & now in Ohio.

There are currently 2 promotional singles available from the album with the first being “Can’t Stop Old Loves” featuring new & coming artist Johnathan and “KNOW” featuring Jamal Shane, who is a long-time collaborator.

For more details and announcements, stay tuned to Saukar’s website and on social media.