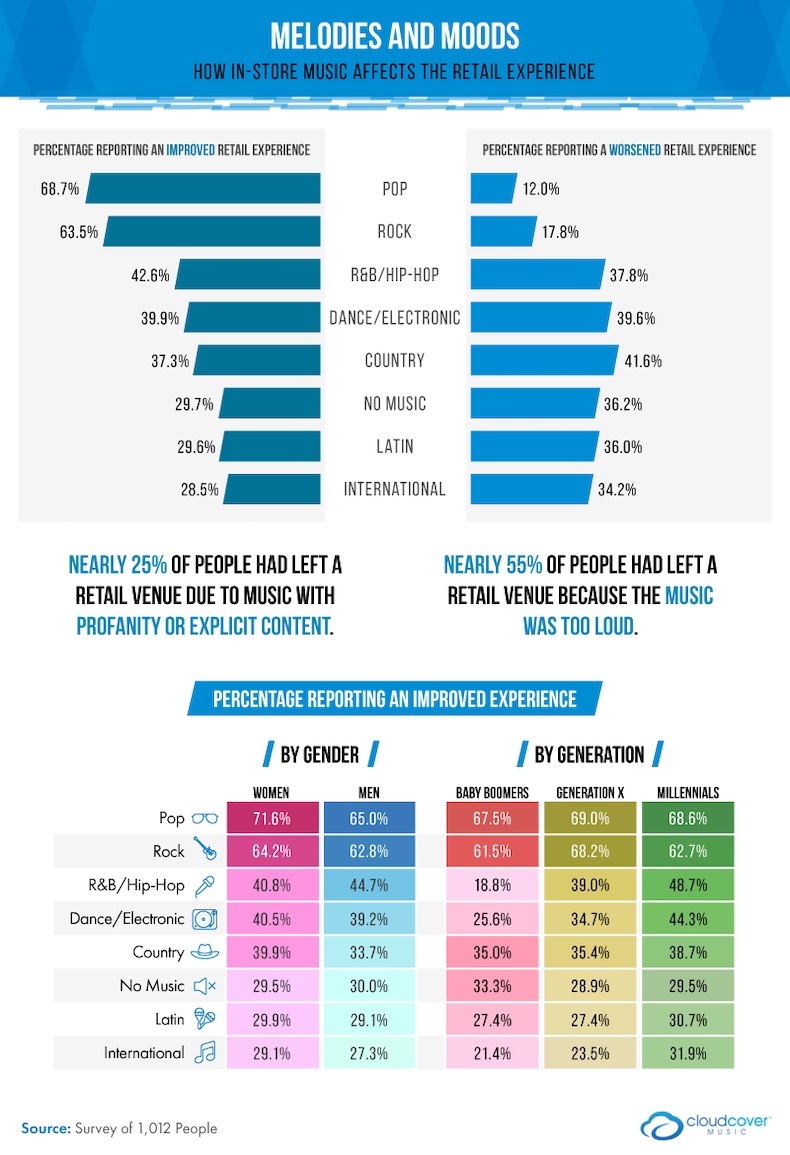 Consumers’ attitudes toward the music being played in retail stores vary widely depending on the genre of music as well as the volume, according to recent research from Cloud Cover Music.

Less than half of consumers say playing other genres of music improves the in-store retail experience.

Some 30% of respondents say playing no music makes in-store shopping better and 36% say it makes it worse.

The researchers found that attitudes toward the playing of different genres in-store vary widely by gender and age.

Check out the infographic for more insights from the research:

About the research: The report was based on data from a survey of 1,012 people in the United States between the ages of 14 and 87 (the average age was 37).