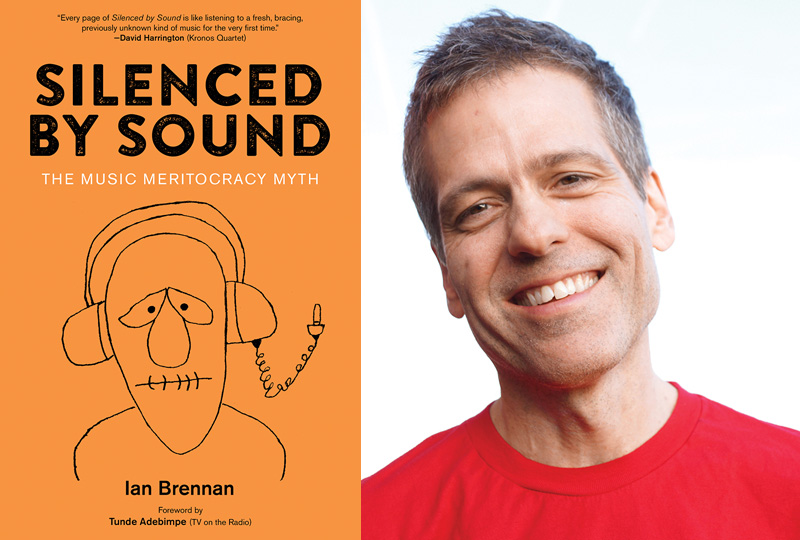 “I don’t have a lot of feedback yet,” says Ian Brennan of his just-released book, Silenced by Sound: the Music Meritocracy Myth. “But today, John told me he really liked it. That matters to me a lot, because I was afraid he wouldn’t.”

The John whom Brennan, a Grammy-award winning music producer, is referring to is none other than Charm City treasure John Waters. Brennan has served as producer of the iconic filmmaker’s live-comedy shows for nearly two decades (think the annual Christmas show at The Birchmere). And Waters will be on hand to converse with Brennan live at the Politics & Prose on upper Connecticut Avenue this Saturday, Sept. 28 at 7 p.m.

Silenced by Sound, Brennan’s fifth book, is a rallying cry for those immensely talented international musicians who are often neglected by major labels in favor of the latest pop sensation. Many of the artists are persecuted in their own countries, or have emerged from difficult situations, including those who have been imprisoned “for dubious reasons” such as witchcraft or homosexuality.

“What we have been doing is going out and actively trying to find music in countries with populations that are underrepresented or even persecuted — and in some places, maligned, like the Tanzania Albinism Collective in Tanzania, where they’re hunted, they’re killed, they’re sexually assaulted and mutilated, in some cases.”

Brennan is bringing The Good Ones, a pair of Rwandan folk musicians, to perform a mini-set at Politics & Prose after the discussion, ahead of a larger concert appearance later that evening at Rhizome. In addition to juggling other projects, he remains an active producer, and his work — such as the Zomba Prison Project — has garnered front-page attention on the New York Times and in an Anderson Cooper-reported segment of 60 Minutes, which won the program an Emmy.

“I am always actively producing,” says Brennan, who has also worked with such mainstream artists as Fugazi, Merle Haggard, Sleater-Kinney, and Green Day. “The outlets are dwindling a little bit. Record labels are shrinking and closing, that sort of thing. But the output is really more than ever, meaning we just continue to do it. We take leaps of faith, because with all of these, there’s never been any promise of a record coming out. We just do it — kind of the cart before the horse — and then we try to find somebody to put it out.”

Ian Brennan appears with John Waters and The Good Ones on Saturday, Sept. 28 from 6 to 7 p.m. at Politics & Prose, 5015 Connecticut Ave. NW. Visit www.politics-prose.com.