“Where are the artists going to play?” asks Audrey Fix Schaefer. The I.M.P. Communications Director is tasked with running communications strategy for an empty 9:30 Club as the storied Washington D.C. venue enters its 40th year in the middle of a global pandemic. Schaefer, who would often bring her children, has been a fixture at the 9:30 Club for two decades. “For many of us, it’s like going to church. It’s spiritual and it’s communal.” She remembers selling her extra ticket to a man who met his future wife that evening. Now, she wonders if that could ever happen again.

According to Pollstar, the live music industry could lose up to $8.9 billion dollars in revenue if concerts are canceled until next year. And among the newly formed National Independent Venue Association (NIVA), 90% of its over 1,300 members do not have enough savings to last more than six months without government assistance, says NIVA board president Dayna Frank in a Rolling Stone article. 55% can last without concerts and federal help for up to three months. These statistics reflect members in all 50 states including the Troubadour in Los Angeles and the Bowery Ballroom in New York. Since this survey, NIVA has grown to nearly 2,000 members needing support. 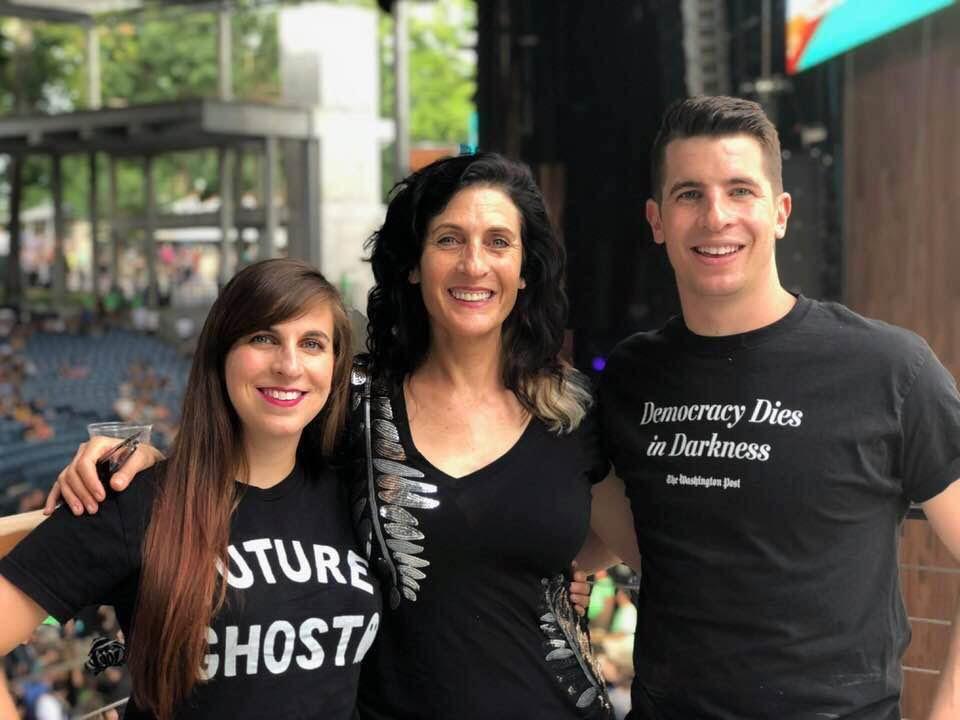 Since mid-March, social distancing restrictions have brought independent music venues to its knees. “We couldn’t even have employees in our own building to give them other jobs to do,” says Schaefer. 9:30 Club’s parent company has an I.M.P. Family Fund to receive donations for furloughed venue staff.

Schaefer is also working as the Head of Communications for NIVA as the organization seeks legislative support. They are requesting SBA Payment Protection Program loans, tax relief, debt deferral, and a business recovery fund as well as reopening support like guidelines and personal protective equipment (PPE). This could extend the life of independent venues who would have closed their doors by the time the concert industry is projected to recover as vaccines enter the market in 2021.

“We lost 60% of our revenue,” says Mayeri, who also relies on nonprofit grants. Berkeley also lost $14 dollars per ticket buyer that would be spent in places like restaurants and bars, according to Mayeri. “And our big challenge is we are the first to be closed by the pandemic and we will be the last to be reopened.”

Mayeri is also a NIVA member as the organization’s Bay Area co-precinct captain. He is a part of NIVA’s #Save Our Stages letter-writing campaign that relies on music fans and venue owners to contact their local government officials. Artists like Foo Fighters and Bon Iver shared the campaign. Mayeri says over 500,000 letters were sent on NIVA’s behalf and over 40 senators including Senator Kamala Harris signed a letter of support. 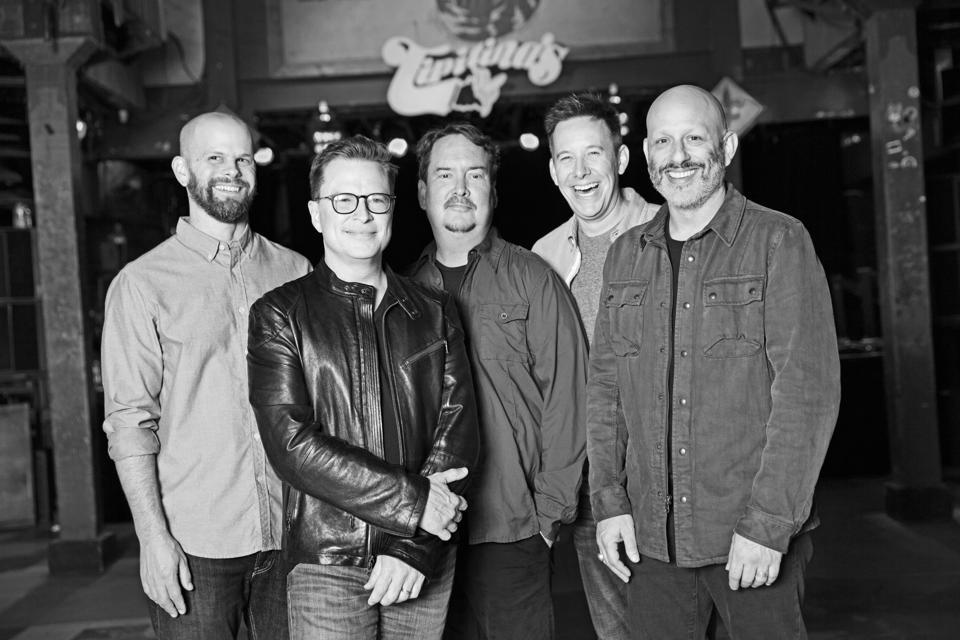 Until government intervention, venue owners are left to rely on the few income streams they have, which includes merchandise and even signage. The 9:30 Club is selling 40th anniversary 9:40 shirts. Their partner venue The Anthem is giving graduates the chance to see their name on the building’s marquee for a 15-minute photo opportunity that costs a $100 dollars. And for New Orleans’ music landmark Tipitina’s, the venue sold a higher priced t-shirt with their famous peeled banana logo that includes the word “Community” where “New Orleans” would be. “Tipitina’s is one of the few [venues] where you see people wearing the logo all over the world,” says funk and jazz bassist Robert Mercurio. He owns Tipitina’s along with his Galactic band members. “It’s kind of like, you donate, you get this shirt, kind of idea. The response to that was amazing.” Tipitina’s Community shirt is currently sold-out.

On the venue’s Facebook page, there are past concert videos with a request to donate to their virtual tip jar. According to Mercurio, someone donated their entire stimulus check. Tipitina’s is transitioning to no-audience live streams in partnership with Noon Chorus, a live streaming platform supporting indie artists and venues during the pandemic. This free service provides streaming with geo-targeted options. Partner venues earn up to 50% of each ticket sold, says Noon Chorus Co-Founder and President Andrew Jensen via email. Tipitina’s will charge $20 a ticket for their June 11 online concert with mellow indie pop/rock duo Whitney. A portion of proceeds will go to NIVA.

Mayeri is also planning a small-scale launch beginning in September. He first intends to live stream no audience shows where the performance will be filmed by robotic 4K cameras with high quality sound. Mayeri plans to incrementally move up to 25% and 50% capacity crowds by selling tickets to different pods or household units and seating them separately.

Mercurio has seen streaming work for singer-songwriters, but he’s not sure how helpful this will be for his city. “New Orleans is not a Nashville … most of the music that comes out of here is ensembles,” he says. “That also cuts into the tips. It probably becomes very depressing at the end when you’re dividing up [the tip jar], adds Mercurio. With Galactica being a touring band, he knows how much musicians are affected. He is searching for low-risk ways to reconnect his city with the sound they love. “You don’t have New Orleans without the music.”

Mercurio, Mayeri, and Schaefer agree that streaming won’t save venues. “All of that stuff sounds lovely but it doesn’t make anybody’s rent,” Schaefer says. For Mayeri, he doesn’t expect low capacity tickets will be enough to pay for artists and his production team. 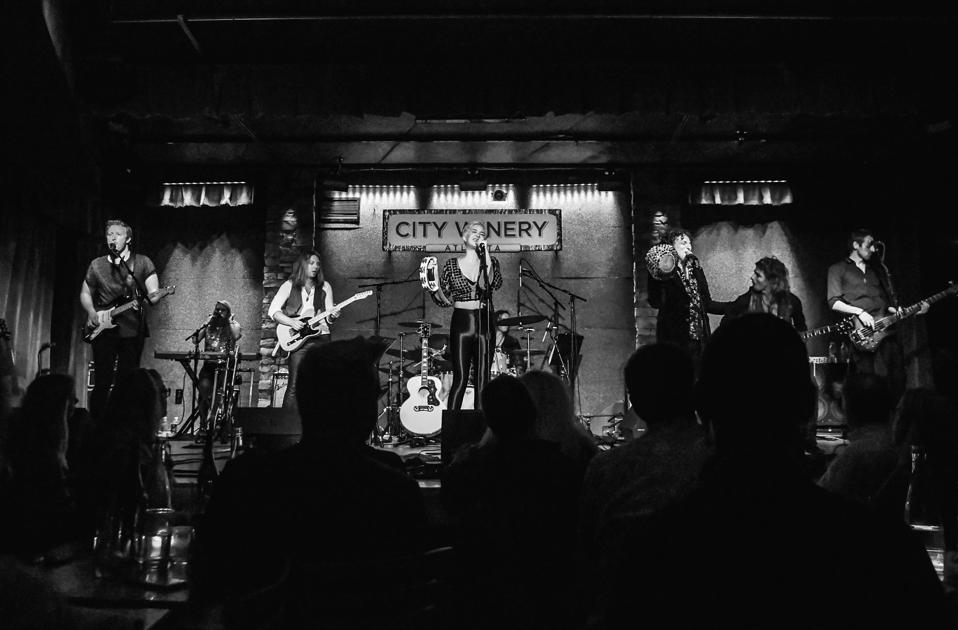 City Winery Founder and CEO Michael Dorf is more hopeful that independent venues have an advantage. “Big concert facilities, theatres, etc. are going to have a tougher time than a place our size.” His Atlanta venue has a 350-seat capacity that can be rearranged for a small-scale reopening. Though City Winery Atlanta could have opened as early as June 1 due to Governor Brian Kemp’s allowance, Dorf will be erring on the side of caution. “We hope to safely open with smaller capacity shows in a few months through the end of the year.” This includes intimate concerts that are live streamed. Concerts with seats over 150 will be rescheduled in 2021.

“It will only go back to ‘normal’ with a vaccine, and a vaccine that is well distributed and broadly deployed. That is 12 months away,” Dorf says via email. Mayeri also says that our public health system’s ability to test, treat, and trace individuals who may be infected will dictate the future of independent music venues.

With so much uncertainty, venue owners are relying on the benevolent wallets of music fans. Donations, merchandise sales, and loans may be all that venues have left.

If this is not enough, Schaefer believes it’s possible that there will be no place to birth tomorrow’s superstars. As America hobbles through this pandemic, Mayeri wonders “when the black cloud passes, what’s going to be left?”