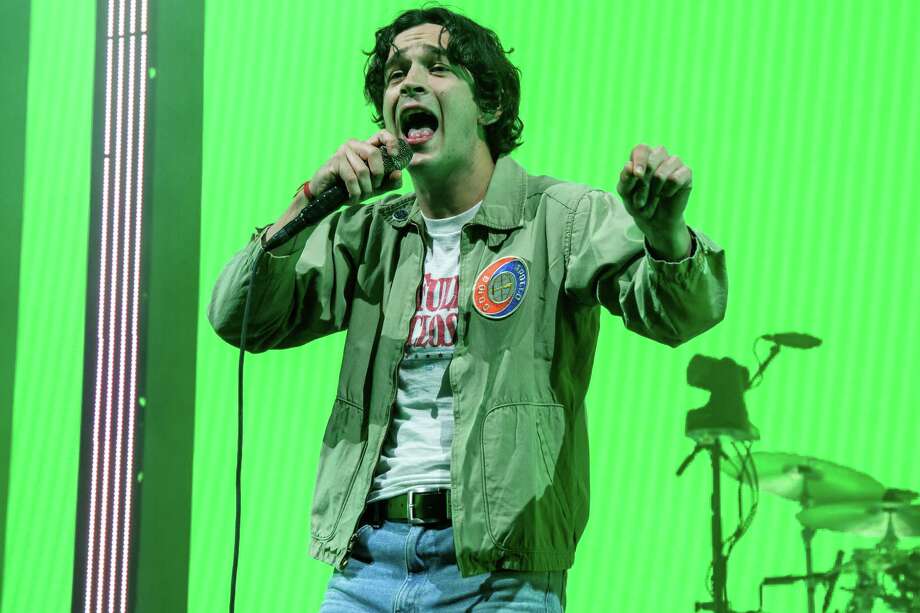 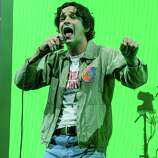 It’s a brave new world, so why is our protest music stuck in the past?

These are wild and anxious times for our wild and anxious planet. So why do the most visible protest songs of the Trump-era feel so inert? From the of numb thud of “This Is America” to the woke winks on the new Taylor Swift album, contemporary protest pop feels increasingly prominent, deeply unimaginative and embarrassingly insufficient.

As it stands, the two most widely applauded protest anthems of Trump’s presidency are “Love It If We Made It,” by the British band the 1975, and “This Is America,” by Childish Gambino, the nom-du-rap of Hollywood polymath Donald Glover. The former was named the best song of 2018 by Pitchfork in December. The latter won record and song of the year at the Grammys in February. “Love It If We Made It” recites the ugliest global headlines of the past few years while flashing a hopeless smile. “This Is America” holds a mirror up to our violent, racist, violently racist system, then gives a blank shrug.

What are these songs trying to achieve? Both offer hyper-topical verses, flanked by titular refrains that radiate heroic despair – and by setting those feelings of total powerlessness to such patently urgent music, the effect becomes strangely self-canceling. You feel seen, but you also feel small.

During the civil rights movement – our country’smost sterling model of social change – marchers sang “We Shall Overcome,” a larger-than-life gospel song that promised victory just over the horizon. The watchword of Trump-era protest aspires only to a stalemate: “Resist.”It’s a defensive posture, a declaration of inertia, and it feels apt for these times. In a society so profoundly stuck in its own cultural nostalgia, it’s become impossible to envision what tomorrow should look like.

This paralysis of imagination is the crisis of our century. It poisons everything from our politics to our pop culture. You can see it in every Hollywood franchise reboot, every MAGA hat, every episode of “Friends” on Netflix, every hour we spend online celebrating the 20th anniversary of everything we refuse to let go. Even Beyoncé, with all of her vision and political power, chose to spend her summer shoring up the immortality of a 25-year-old Disney franchise.

When did the future become so difficult to imagine? The documentary filmmaker Adam Curtis thinks progressives lost their way sometime after the civil rights era, when members of the left began abandoning political action for the individualism of art and music.

“They believed that instead of trying to change the world outside, the new radicalism should try to change what was inside of people’s heads,” Curtis says in “HyperNormalisation,” his 2016 BBC documentary. “And the way to do this was through self-expression, not collective action.”

Decades later, the easiest way for a musician to smuggle a protest song into people’s heads is by tapping into collective nostalgia. Take Janelle Monáe and the Killers. Both have penned songs about life in Donald Trump’s America, but they’re only recycling the sounds of Ronald Reagan’s America. Monáe’s “Americans” is peppy like a vintage Prince cut. The Killer’s “Land of the Free” is sodden like an old Bruce Springsteen ballad. Instead of meeting new threats with new ideas, so much contemporary protest pop retreats to the safety of the past.

That impluse isn’t original, either. The most acclaimed protest album to arrive during George W. Bush’s tumultuous presidency came from Green Day, a rock band that chose to confront the war on terror – a new kind of endless war that would reshape how America looks at the world and its own citizens – by pretending to be the Clash.

Yes, a great protest song needs a flash of familiarity for listeners to rally around, but no song can change the future by simply strip-mining the past. Nor can any pop song be expected to dismantle the capitalist system that allowed everyone to hear it in the first place. In his 2009 book “Capitalist Realism,” the late critic Mark Fisher writes about capitalism’s uncanny ability to absorb anti-capitalist sentiment, citing the Pixar film “WALL-E” as an example of art that “performs our anti-capitalism for us, allowing us to continue to consume with impunity.”

Along with nearly every contemporary protest song, the 1975’s “Love It If We Made It” behaves the same way. When frontman Matthew Healy sings, “Modernity has failed us,” what he really means is that capitalism – a system that, to paraphrase Fisher, promises infinite growth on a planet of finite resources – has failed us. But Healy can’t say that. Capitalism is what amplifies his voice. (It’s also what allows these keystrokes to roll across your eyeballs.)

So instead of disassembling the corporate scaffolding that holds them up, many of today’s best-intentioned pop stars simply set their own social agita to rhythm and melody. Look at Taylor Swift’s “Miss Americana & the Heartbreak Prince,”a new ballad in which Swift wafts her newfound political disillusionment through the halls of a metaphorical high school.

“American glory faded before me,” Swift sings. “Now I’m feeling hopeless.” Her message – that our democracy is not living up to its promise – is painfully basic, and yet the song has been greeted with reflexive star-worship. Variety recently ran a headline: “Taylor Swift’s ‘Miss Americana’ May Be the Great Protest Song of Our Time.” What a joke. A great protest song can’t just surf the waves of dissent. It has to help create waves of change.

The convulsions of the 21st century have produced at least two great protest songs, though, both of which arrived before Donald Trump’s election. One was “FDT,” a 2016 denunciation of then-candidate Trump by two Los Angeles rappers, YG and Nipsey Hussle. After years and years of countless rappers praising Trump’s self-made billionaire image in rhyme, “FDT” served as a corrective measure, balancing brash insults with a lucid warning. “He can’t make decisions for this country,” YG raps. “He gon’ crash us.” Unfortunately, “FDT” only addressed the immediate political future. After Trump’s victory, it became another grievance smogging the air.

The other great protest song of the century doesn’t have an expiration date. It’s Kendrick Lamar’s “Alright,” an anthem from 2015 which asserts that (black) people must first survive this world in order to change it. At the height of the Black Lives Matter movement, activists sang its astonishing refrain in the streets – “We gon’ be alright!” – proof that a protest song could still synchronize a crowd and consecrate a movement.

That’s how every protest song should be measured – by its empathy, its imagination and its utility. It has to be compassionate enough to get inside your head, visionary enough to help you dream up what’s possible, powerful enough to shake the public airspace. It can’t just turn the tides inside your mind. It has to get your body out onto the street.