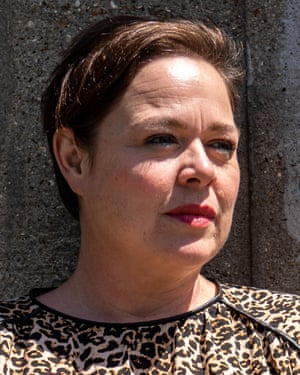 Radio 3 is launching a new weekly programme dedicated to video game soundtracks. Running on Saturday afternoons from 26 October, the hour-long show will be presented by composer Jessica Curry, who won a Bafta for her work with UK studio The Chinese Room and created and presented Classic FM’s video game music programme, High Score.

“[BBC presenter and journalist] Tom Service and his producer Brian Jackson came to interview me for Radio 3 at Chinese Room a couple of years ago, and we all really hit it off,” said Curry. “Tom’s an avid gamer and there was a definite feeling of excitement about the gaming scene and the music that’s being composed for games.

“Lots of people think that it’s all battle music and aggression. The show will prove that that couldn’t be further from the truth.”

Video game music has undergone a boom in interest and appreciation in the past five years, as the art form has grown and matured. The Distant Worlds concert, which features compositions from Japanese role-playing game Final Fantasy, has been touring the world for more than a decade, while video-game-themed symphony concerts devoted to games such as Legend of Zelda, Mass Effect and Halo have taken place at the world’s major classical venues, including the Royal Albert Hall in London and Sydney Opera House. Meanwhile, a new market for vinyl video game soundtrack albums has grown up with specialist labels iam8bit and Data Discs producing lavishly packaged records for new and retro games.

For fans, the appeal of the music is often nostalgic and related to their love of the games, but Curry says video game soundtracks are attracting a wider interest for their own qualities. “I believe we’re entering a golden age of games music,” said Curry. “The sheer breadth of soundtracks this year has been mind-blowing, and the quality and diversity of games music is on the rise. At the moment, I am in love with Lena Raine’s music for Celeste – it has such a beautiful nod to nostalgia but is also completely now. All of Grant Kirkhope’s music is stunning, and I have Olivier Deriviere’s incredible score for 11-11 Memories Retold on repeat.” 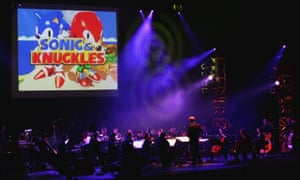 Unlike film and TV scores, which are linear and require specific sequences for specific moments, game soundtracks are more open and afford greater compositional space. Speaking to the Guardian last year, composer Winifred Phillips said: “Games are structured so that there are long expanses where there is no dialogue. And music that you create for those sequences, you have the opportunity to really develop musical ideas.”

Curry also points out that, as game music needs to be able to fill long periods of time while the player explores at their own pace, it can be more ambient and unintrusive – making it perfect to listen to while doing other things or relaxing. “Todd Baker’s music for Monument Valley always goes on when I’m stressed and need to chill out,” she says.

While symphonic scores are flourishing, experimental electronic soundtracks are also gaining wider recognition. “If you look at Sayonara Wild Hearts, that game is packed full of lush electronica. Berlinist’s score for GRIS was a gorgeous mix of more traditional game music and epic electronic dreaminess. Chipzel is tearing the house down with her chip-tune bangers.”

While many video game soundtracks are intended as a discrete compositions, there has been a rise in “procedural” scores, which adapt to the actions of the player, rising in tempo and urgency in action set pieces and becoming more ambient during exploration. Experimental group 65daysofstatic produced over two hours of modular electronic music for the space adventure No Man’s Sky, while Matt Boch, associate arts professor at NYU Game Center, created a percussive interactive jazz soundscape for beat-’em-up game, Ape Out. 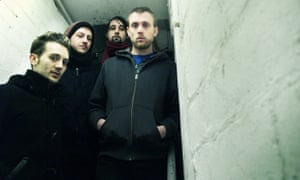 “Nostalgia isn’t going anywhere; the AAAs will stick with the traditional filmic orchestral model,” said Curry. “But the success of Ape Out means that the use of procedural music is going to keep growing.”

She believes an influx of new talent, training specifically as video game composers, will also challenge the status quo.

“Lots of us older composers were trained in film and television and adapted our compositional approach, but the young guns are digital natives and grew up wanting to compose specifically for games. They have a very intuitive understanding of interactive media and that’s one of the reasons that music for games is getting better and better. It’s been exciting to see more women breaking through, as traditionally it’s been very male, and those different voices have inevitably led to new and exciting approaches.”

Curry says her programme will seek to showcase the variety in the medium, as well as explore how game scores are written.

“Each week we play a classic track – one that I feel has stood the test of time – as well as a new release and an interview with a games composer, lifting the lid on what it takes to write music for games. For the rest of the show I will be unashamedly partisan and just play tracks that I absolutely love.”

Curry sees the medium evolving further as its profile increases. “More bands will write music for games,” she says. “And with an increase in tours and performances of their work, game composers are going to become stars in their own right.”

• Sound of Gaming is on Radio 3 every Saturday for six weeks from 26 October. The programme will also be available on BBC Sounds.