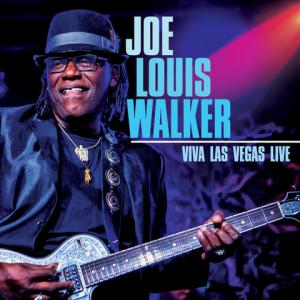 In support of the new CD/DVD release, Joe Louis Walker has announced a world tour and has revealed that he’ll also be releasing a brand new studio album on the Cleopatra Blues label in 2020 that will feature guest appearances from blues and rock icons alike.

Joe Louis Walker’s career has spanned nearly six decades – and 24 studio albums – since first picking up the guitar at his childhood home in San Francisco at the young age of eight. Joining the local musicians’ union in his early teens enabled young Joe to perform publicly with the likes of John Lee Hooker, Buddy Miles, Thelonious Monk, Willie Dixon, Nick Lowe, John Mayall, Muddy Waters and even Jimi Hendrix. By the late 1980s and into the 1990s, Walker had already collaborated with and performed with multi-Grammy Award winning artists such as B.B. King (on King’s Blues Summit album) and James Cotton (on Cotton’s Deep In The Blues album) as well as enjoying the rare honor to perform at the Presidential Inauguration of President George H. Bush. In 2013, Walker was inducted into the Blues Hall of Fame, later being nominated in four categories for a Blues Music Award. In 2015, his album Everybody Wants A Piece was nominated for a Grammy Award in the “Best Contemporary Blues Album” category.

Viva Las Vegas Live is available on global digital platforms along with the home entertainment version that will be packaged in a gorgeous, four-panel, 2 Disc Digipack containing a DVD and audio CD of the concert. The all-region DVD’s bonus features include an exclusive interview with Walker that was filmed backstage at the venue plus a rare, behind the scenes slideshow of Joe and his band as they prepare to storm through ten, smoking tracks in front of their adoring live audience. A stand-alone, limited-edition colored 12” Vinyl LP version of the concert will be released separately this summer on the Cleopatra Blues Label imprint.

Viva Las Vegas Live Track Listing:
I’m Not Messin’ Around
Young Girls Blues
Sugar Mama
Do You Love Me?
In The Morning
Soldier for Jesus
You Don’t Love Me Girl
Black & Blue
Too Drunk To Drive Drunk
Like It This Way