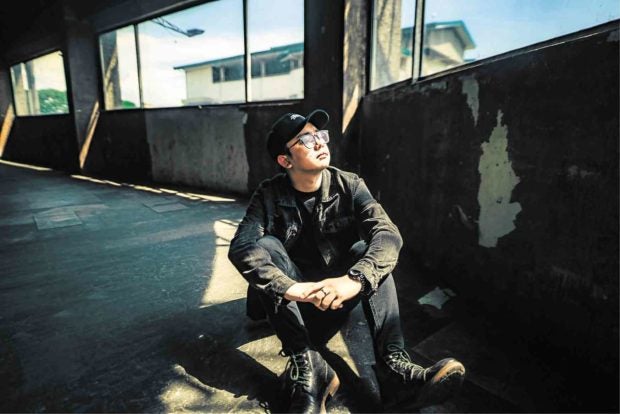 At first listen, “Lagi”—the downbeat, lead-off track of John Roa’s latest EP, “Amgo”—could come across as a plea of someone desperate to break free from a “toxic relationship.”

Though the words could be interpreted in such a way, John, a former vocalist for the hip-hop collective Ex-Battalion, revealed that “Lagi” actually delves into his struggle with anxiety disorder.

“Sometimes, you get overwhelmed by it all, and it makes you want to just escape … The challenge for me is dealing with it,” John told the Inquirer in a recent interview.

At first, the 19-year-old music artist had second thoughts about using his music to open up about his mental health—“baka kasi sabihin nakikiuso lang ako.”

“It’s normal for people to be sad, fearful or worried. But sometimes, in my case, it comes to a point where it’s not healthy anymore,” John pointed out. “I can’t really control it. So it affects my life, my work and even my music, because I get stricken with doubt and hesitation when I try to write songs.”

Luckily, John found an emotional outlet in songwriting. “Amgo,” in fact, was a product of him taking the jumble of ideas swirling in his head, and funneling them into music.

“I couldn’t believe it when I first learned that I have anxiety disorder. But that explains the panic attacks I experience every so often … the weird emotions. Kaya binuhos ko na lang dito lahat,” John said of his five-track EP.

And through “Lagi,” he hopes to reach out to those who are in similar situations. “I want to say that I’m going through the same thing; that they’re not in this alone,” he stressed.

John started his foray into show biz by joining contests like “Pilipinas Got Talent” (2013) and “Tawag ng Tanghalan” (2016). He then became part of the online hip-hop sensation Ex-Battalion and stayed with the group for a year, before deciding to pursue a solo career.

“If all I wanted were success and fame, I probably would have stayed. But … my heart was telling me to try other things,” he stressed. “I’m happy with my decision.”

And he has good reason to be. In the past two years, John has scored a string of hits: “Need You,” “Larawan,” “’Di Ako F**kboy” and “Oks Ka Lang”—his most streamed on the music app Spotify with 25.6 million plays.