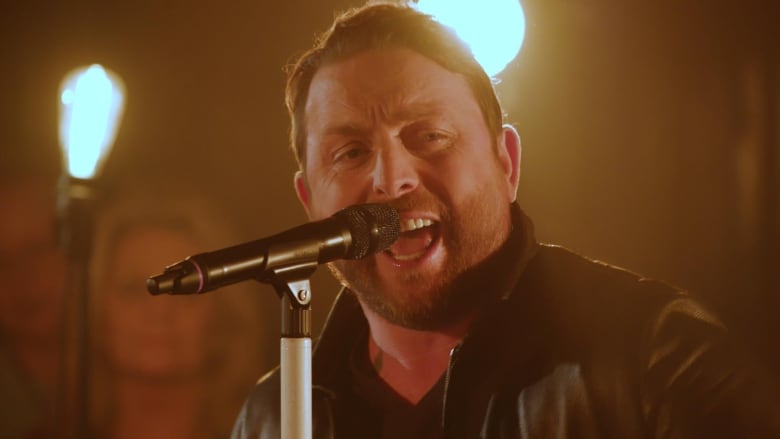 A Johnny Reid superfan is getting an extra special early Christmas present this year.

From the very first moment Vicki Gould heard the soothing tones of the country music singer-songwriter Johnny Reid, she was hooked, her mother said.

“I think it’s his voice is so soft and she just fell right in love with him,” Lori Gould told CBC’s Mainstreet.

Vicki, 21, has Down syndrome and is mostly non-verbal, said her mother.

When the family from Glace Bay, Cape Breton, heard Reid was playing a concert at Sydney’s Centre 200, they were thrilled.

But the cost of the tickets was just out of reach. A local news station picked up the story about how much Vicki wanted to see Reid perform. Then, Cape Breton fiddler Natalie MacMaster sent the video to Reid.

“I get my fair share, people reaching out, and it’s always nice … but this video was just, I dunno, it just really spoke to me,” Reid told Mainstreet over the phone, calling from his vacation at Universal Studios in Florida.

“I just thought, how cool would it be for me to be able to get a chance to say hey to Vicki and her mom and they come out to the show, get them backstage, let them meet the band and be part of something pretty special.”

On Nov. 21, Vicki and Lori Gould, as well as some of their family and friends, will get to see Reid perform live and meet him backstage.

“We’re going to make sure that she has the time of her life. It’s going to be amazing,” said Reid.

“Just make sure that [Vicki has her] dancing shoes on,” Reid replied.

During the Mainstreet interview, Vicki joined Reid to sing one of her favourite songs, Today I’m Gonna Try And Change The World.

You can listen to Vicki and Reid’s duet below.

21-year-old Vicki Gould of Glace Bay lives with Down syndrome and is mostly non-verbal. Hear her sing her favourite song with her favourite singer, Johnny Reid. 0:48