Juice WRLD‘s death resonated with the fans everywhere, but his music might be having an even bigger impact right now … because it’s flooding almost every chart imaginable.

The rapper is running the board on digital platforms in the wake of his death Sunday in Chicago … with several of JW’s songs and albums claiming top spots on Amazon, Apple and Spotify — seeing exponential surges of several thousand percentage points, in some cases. 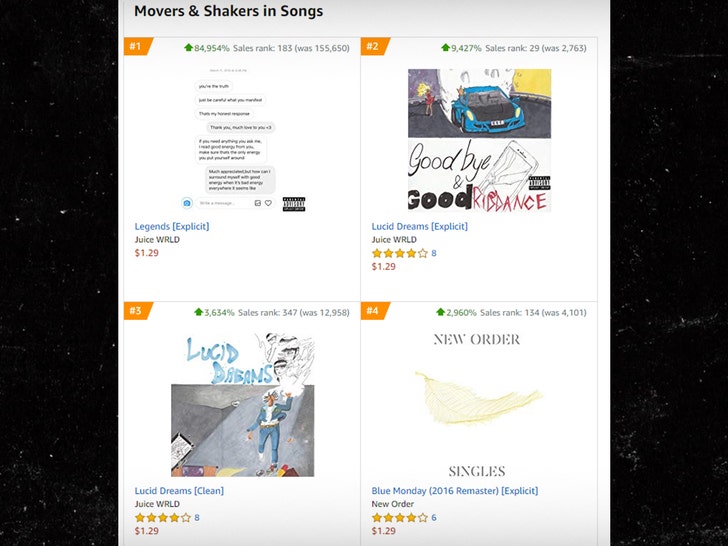 Let’s start with Amazon’s Movers and Shakers list … where Juice’s single, “Legends,” has risen in the ranks by a whopping 84,954% to reach #1 in just a couple days. Two of his other tracks — “Lucid Dreams,” both the explicit and clean versions — are sitting at #2 and #3. 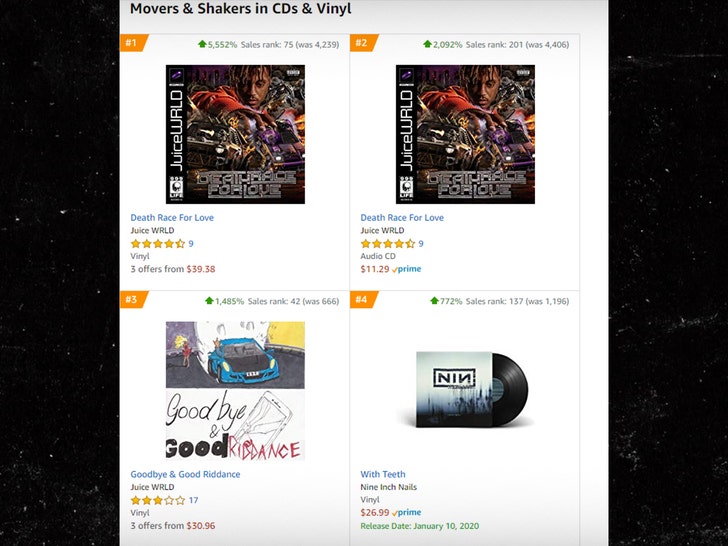 For albums, Juice’s “Death Race For Love” and “Goodbye & Good Riddance” also claim the top 3 spots on Amazon’s CDs and Vinyl list. In short, folks are swooping up his content. 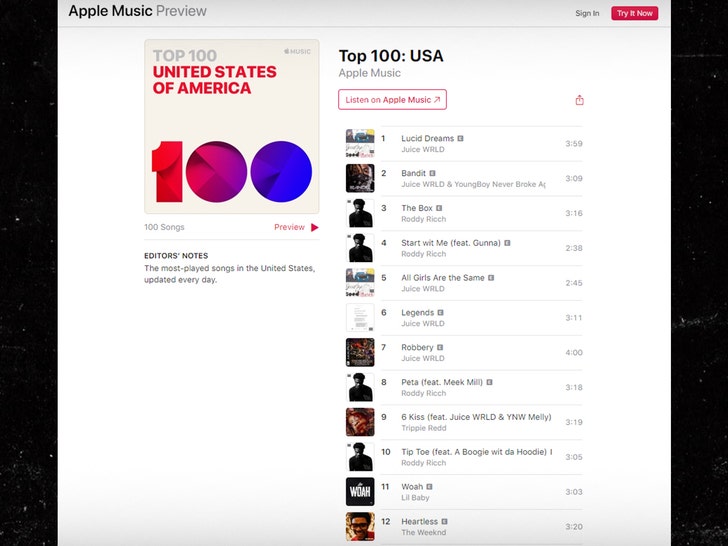 On the Apple side of things, Juice WRLD is also toppling some of the hottest names in the game this past week — including Roddy Ricch, The Weeknd, DaBaby and Trippie Redd. On the service’s Top 100 songs chart, Juice claims 8 spots … including #1, #2, #5 and #6.

And, if you thought your 2019 Spotify Wrapped list was set, it might just change this week based on how dominant Juice has been there too … he’s got 9 spots locked in alone. 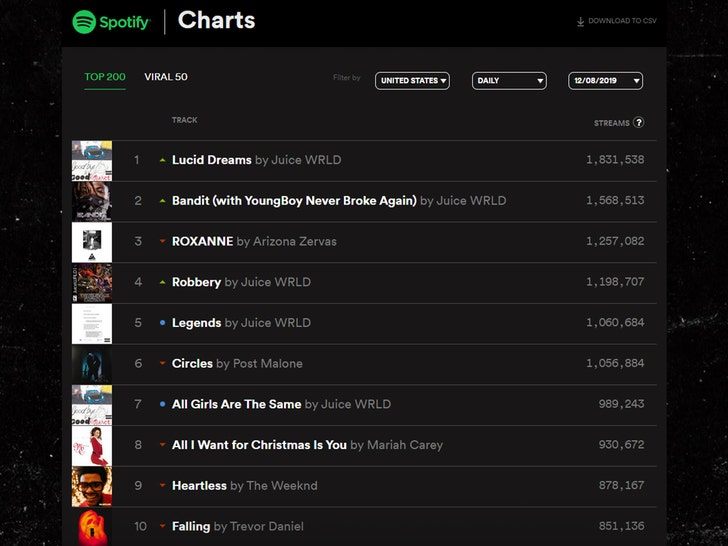 Juice’s Top 10 tracks on Spotify have also been getting tons of love (and plays) — we’re talking hundreds of thousands, especially “Lucid Dreams,” which got streamed over 990k times since Sunday. Of course, Juice is no stranger to chart success — 7 of his songs have made on Billboard, and 3 cracked the Top 10. He’ll probably be up there again next week.

TMZ broke the story … Juice suffered a fatal seizure early Sunday morning at Chicago’s Midway Airport. Federal agents were there waiting for him and his entourage, and after conducting a search … found tons of weed and a few guns on board.

We’re told at some point in the search, Juice was seen ingesting multiple pills believed to be Percocet. Juice suffered a seizure shortly thereafter and died soon after that.