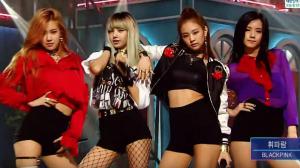 TV Plus is Samsung’s owned and operated video service, which provides access to a variety of free streaming channels covering sports, lifestyle, and more, straight out of the box on select Samsung TVs. It does not require a subscription fee, account set-up, or credit card info to access.

HALLYPOP is a global television network connecting fans through Asian pop culture, putting the spotlight on music, lifestyle, entertainment, and more. Highlights include the top-rated K-Pop variety show Inkigayo, featuring appearances and performances by BTS, Big Bang, IKON, Girls Generation, and 2NE, among others; the world’s #1 non-American program, Running Man, pitting K-Pop and K-Drama stars against each other in epic missions; the interactive music series After School Club, using social media to bring fans closer to their K-Pop Idols with Q&A sessions, song requests, impromptu performances, and music videos; and a lineup of classic, rare, and modern Martial Arts favorites from the world’s top genre studios.

“As an Asian American, I am personally proud that Jungo TV is introducing Asian-led programming on Samsung’s TV Plus platform,” said George Chung, CEO of Jungo TV. “We’re excited to advocate diversity in OTT entertainment through our music and lifestyle programming from the global Asian diaspora. Working with the leading Korean broadcaster SBS International, we anchor HALLYPOP with the best K-pop and Asian reality programs. As the network continues to grow, through collaboration with the best Asian content creators from around the world, we aim to amplify the momentum behind the global Asian entertainment industry.”

“Cinedigm is proud to debut our newest digital-first network, HALLYPOP, for the first time ever on Samsung’s dynamic TV Plus platform,” said Erick Opeka, President of Cinedigm Digital Networks. “CONtv and DOVE CHANNEL were both well-received by Samsung’s massive consumer base, and we look forward to further providing this diverse audience with even more of the top-tier premium programming Cinedigm is known for. Whether it’s HALLYPOP’s immersive Asian culture content or DOCURAMA’s roster of award-winning documentaries and series, our networks appeal to a broad range of tastes and interests, and offer something for everyone to enjoy.”

ABOUT CINEDIGM
For twenty years, Cinedigm (CIDM) has been at the forefront of the digital transformation of entertainment. Today, Cinedigm continues that mission by providing content, channels and services to the world’s largest media, technology and retail companies. Our content aggregation and distribution services power the world’s leading digital platforms and retailers. Cinedigm’s Digital Networks group provides channels and services that entertain consumers globally across hundreds of millions of devices. For more information, visit www.cinedigm.com.