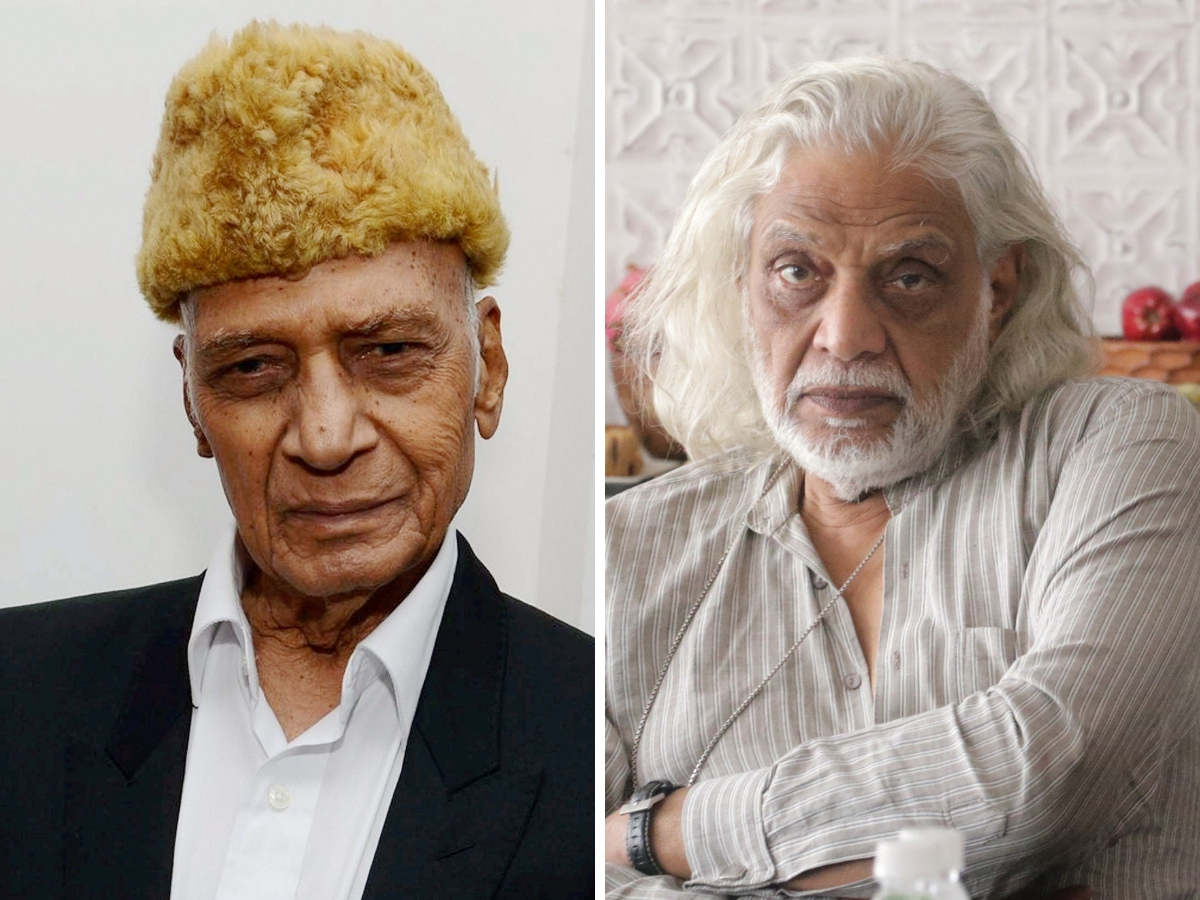 NEW DELHI: Veteran composer Mohammed Zahur ‘Khayyam’ Hashmi, who was behind the music for classic films ‘Umrao Jaan’ and ‘Kabhi Kabhie’, passed away at 92 after prolonged illness at a Mumbai hospital on Monday.

The Padma Bhushan awardee was admitted to Sujay Hospital in suburban Juhu a few days ago owing to breathing issues and other age-related illnesses. “He died at Sujay Hospital at around 9.30 pm,” a family friend told .

According to the composer’s spokesperson, Khayyam’s mortal remains will be kept at his residential complex from 10 am onwards for people to pay their last respect. Thereafter, his funeral will take place with full state honours, the spokesperson said.

Several personalities and B-town celebrities took to social media to pay tribute to the composer.

Prime Minister Narendra Modi took some time off his busy schedule and tweeted a tribute for the veteran music composer on Twitter in Hindi and English. He stressed that ‘Khayyam Sahab’ would be remembered for his humanitarian gestures to support upcoming artists.

His post read, “India will remain grateful to Khayyam Sahab for giving us some of the most memorable compositions, which will be remembered forever. He will also be remembered for his humanitarian gestures to support upcoming artists. His demise is extremely saddening.”

India will remain grateful to Khayyam Sahab for giving us some of the most memorable compositions, which will be re… https://t.co/WiysVoUe8q

In a series of Hindi tweets, legendary singer Lata Mangeshkar said that Khayyam’s demise is the end of an era in music.

She also mentioned that Khayyam was a perfectionist with an impeccable understanding of poetry.

In a subsequent Hindi tweet, the iconic singer said that he enjoyed listening to ‘Raag Pahadi’, which is a popular raga based on folk music. She further added that finding another music composer like Khayyam may not be easy.

‘Kabhie Kabhie’ actor Amitabh Bachchan also remembered the ‘legend in music’ as “a soft-spoken, amiable soul”, who also contributed to his several movie, including ‘Trishul’.

While paying condolence to Khayyam in a Hindi post, Anupam Kher said that he spent most of his life listening to Khayyam’s tunes. He tweeted a monochrome picture along with the post.

Khayyam saheb the great music director has passed away . He has given many all time great song but to make him imm… https://t.co/BYjJq2SpOa

RIP Khayyamsaab!!! Your music lives on……

Paying a tribute to the composer, actress Sonam Kapoor wrote the line from the popular song ‘Kabhie Kabhie’.

Reminiscing the memories of Rekha-fronted 1982 classic, the director said it took Khayyam and him almost two years to create music for the film.

“Day in, day out, I used to go to him. He used to stay at my house. It was an evolution of music. Today, no composer, director or producer will spend so much time on making the music. We left no stone unturned for this film’s music,” Ali told a news agency.

Director Muzaffar Ali (R) said that spending time with Khayyam (L) was an evolution of music.
The musician’s other notable works include films such as “Trishul”, “Noorie” and “Shola Aur Shabnam”.

Four years later, he was conferred the Padma Bhushan, the country third highest civilian award. In 2016, the veteran composer established Khayyam Jagjeet Kaur KPG Charitable Trust and pledged to donate his entire wealth to the trust to support budding artists and technicians in India.

Celebrity Deaths Of 2018: Looking Back At The Stars We Lost​In Memoriam

The world lost more than a few stars in 2018. Many celebrities died this year, breaking millions of hearts. From the ‘90s heart-throb, Sridevi to Anthony Bourdain, there were some legends that left us this year. Here’s a look at all the people we lost. (In Pic: From left, Atal Bihari Vajpayee, Sridevi, VS Naipaul.)​Supriya Devi: January 27

Supriya Devi: Veteran Bengali film actress Supriya Devi, who reached legendary heights for her portrayal of the protagonist Neeta in Ritwik Ghatak’s cult movie ‘Meghe Dhaka Tara’, passed away at 85. She had suffered a massive cardio-respiratory failure. She is survived by her daughter and three grandchildren. Apart from an illustrious career in Bengali cinema, she also acted in a few Hindi films like ‘Begaana’, ‘Door Gagan Ki Chhaon Mein’ and ‘Aap Ke Parchhaiyan’. Known for her beauty and sharp features, she made her acting debut as a 7-year-old in two plays directed by her father Gopal Chandra Banerjee, and forayed into films in 1952 playing a side part in the Uttam Kumar starrer ‘Basu Paribar’.(In Pic: Union Railway Minister Mamata Banerjee with famous dancer Amala Sankar (L) and eminent actress Supriya Devi (R) during 54th Annual Railway National Awards function in Science City Auditorium Kolkata.)​Sridevi: Feb 25

Bollywood’s first female superstar, Sridevi was found dead in the bathroom of a hotel in Dubai where she had been visiting for a family wedding. An autopsy report later established that the 54-year-old actress passed away following a cardiac arrest. Born as Shree Amma Yanger Ayyapan, she started acting at 4, appearing in several Tamil films in the 60’s and 70’s, and eventually dropping out of school for a career in the movies. She acted in Tamil, Malayalam and Telugu films, opposite leading men like Kamal Haasan and Rajinikanth. She made her Bollywood debut in 1979 with ‘Solva Sawan’, but it was in 1983, with ‘Sadma’ that she made her mark in the Hindi film industry. She charmed audiences with films like ‘Chandni’ & ‘Lamhe’, drawing praise for her comic timing in ‘Chaalbaaz’ & ‘Mr India’. The actress made a successful return to the big screen in ‘English Vinglish’. Her last screen appearance was in ‘Mom’ which released in 2017.​Nargis Rabadi aka Shammi Aunty: March 6

Veteran actress Shammi Aunty passed away at the age of 89. She had worked in many popular films like ‘Hum Saath Saath Hain’, ‘Dil’ and so on. At 18 she signed her first film ‘Ustad Pedro’ in 1949. Actor- producer Sheikh Mukhtar had discovered Shammi when he was, and it was on his advice that she changed her (screen) name to Shammi from Nargis.Hubert de Givenchy: March 10

Hubert de Givenchy, the aristocratic French fashion designer whose understated style represented a golden age of elegance, passed away at the age of 91. Couturier to Audrey Hepburn and Jackie Kennedy Onassis, he breathed his last at the Renaissance chateau near Paris that he shared with his partner and fellow designer, Philippe Venet. He learned his trade from another fashion master, Cristóbal Balenciaga. The Givenchy label was sold to the LVMH luxury group in 1988 but Givenchy remained head of creative design for seven years.