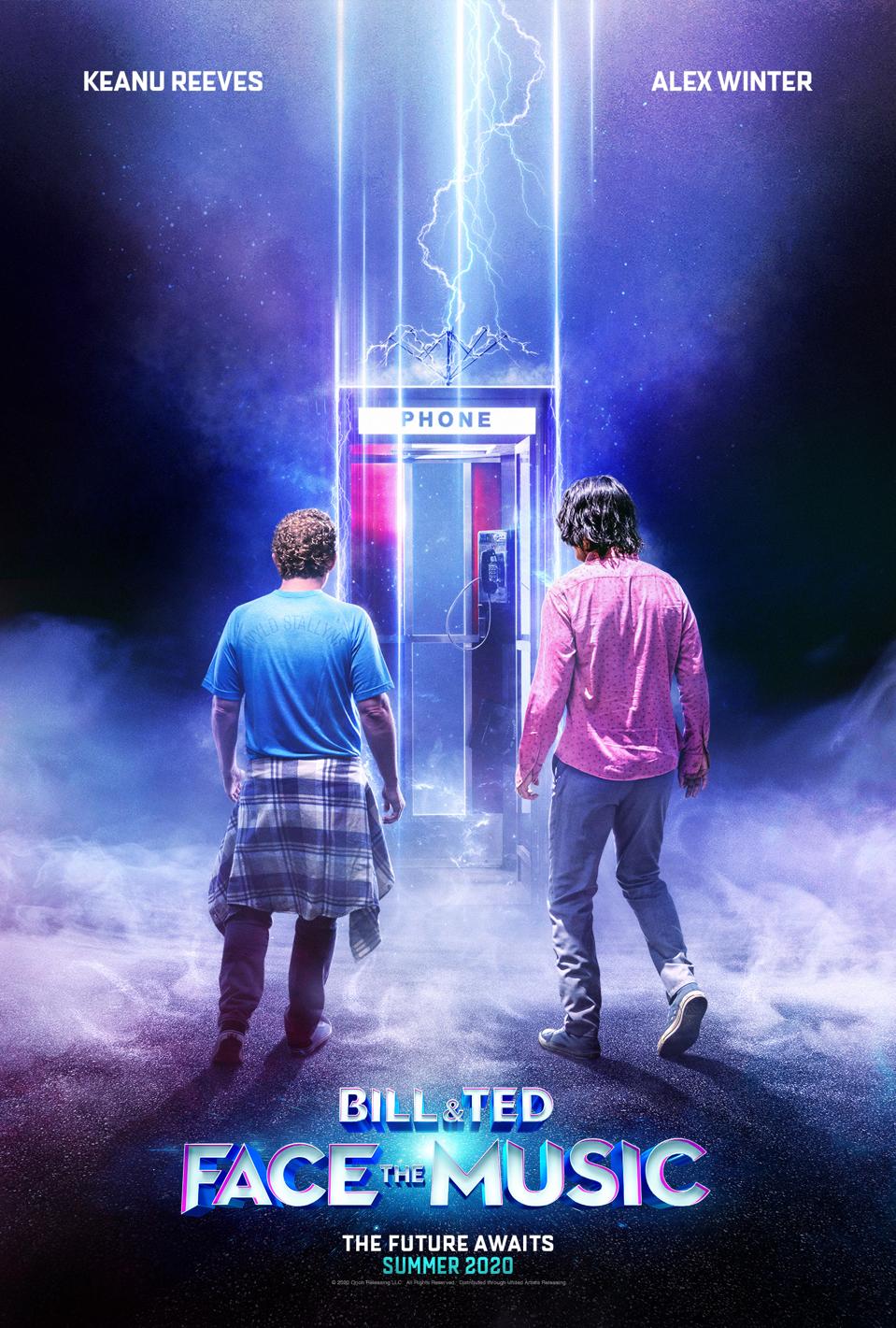 A third Keanu Reeves/Alex Winter Bill & Ted movie might be a smart example of kid-friendly nostalgia if parents feel comfortable taking their kids to a theater this summer.

Bill and Ted Face the Music, starring Keanu Reeves and Alex Winter, now has an announcement trailer. It coasts on nostalgia and catchphrases, with “since last we left them” exposition (“Bill and Ted didn’t end up uniting the world through their music.”) and a hint of new plot (“Bill and Ted go to the future to steal the ‘one great song’ from themselves.”). The question, beyond how the current pandemic will affect its theatrical fortunes, is whether Bill & Ted is even a franchise. Yes, the first film earned $40.485 million domestic in February of 1989 from a $6.5 million opening and on a $10 million budget. But Bill & Ted’s Bogus Journey, released in July of 1991, was a disappointment. It earned just $37.5 million domestic from a $10.5 million opening on a $20 million budget.

Yesterday was the 36th anniversary of Ghostbusters, which opened on the same day as Gremlins. Both are considered iconic 1980s blockbusters, with Ghostbusters becoming the first non-Spielberg/Lucas release ever to top $200 million domestic right as the Spielberg-produced Gremlins earned $148 million. But both films spawned underwhelming sequels. Ghostbusters II broke the opening weekend record in June of 1989 with $29 million but flamed out comparatively quickly for a $109 million cume. Gremlins II: The New Batch, despite being a better movie than its predecessor, earned just $41.4 million domestic in June of 1990 on a $50 million budget. We’ll see how Sony’s Ghostbusters: Afterlife performs next year, but sometimes a hit movie based around a clever premise and/or a popular cast is just a hit movie and not a franchise in the making.

The $25 million-budgeted Bill & Ted Face the Music is opening 29 years after the failed theatrical release of Bill & Ted’s Bogus Journey, but it does have some factors in its favor. Countless moviegoers of all ages have discovered the Bill & Ted movies through post-theatrical afterlife (VHS, cable, DVD, VOD, etc.). We’re now in a time when adults will show up, with or without kids, to a movie like Face the Music because they liked the previous films. And because I’m assuming this comic sequel will be mostly kid-safe, this nostalgia callback will allow parents to take their kids with them. So, even seemingly lacking in “new” elements, this won’t be a Scream 4 or American Reunion situation where now-adult fans didn’t feel like spending babysitter money to catch the R-rated revival in theaters.

Keanu Reeves is as popular as he’s ever been. The kids who grew up with Bill & Ted, Point Break, Speed and The Matrix are now the adults in the movie media world, and thus willing to give him his due as an eclectic actor, top-tier action star and fascinating human being. We saw this come to a head with the release of John Wick in 2014, as Lionsgate successfully sold the $30 million actioner as a kind of generational coronation for the guy who, among the adults of the previous era, was a figure of mockery and disdain even as he excelled in action movies, romantic dramas and arthouse fare. It’s not absurd to think that Reeves’ current viral popularity will make Bill & Ted 3 a bigger hit than it otherwise might have been.

You can argue that the so-called Keanussance began in 2012 with the terrific “film versus digital” documentary Side By Side, which he produced and moderated. That’s somewhat ironic, since Alex Winter has been busy over the last decade directing a slew of acclaimed documentaries concerning technology, privacy rights and/or music history and politics. Neither actor came to this project out of career desperation or financial hardship, which is encouraging. Ed Solomon and  Chris Matheson are again writing the screenplay. Dean Parisot is in the director’s chair, which is extremely good news (Galaxy Quest), very bad news (Red 2) or perfectly okay news (Fun with Dick and Jane). I can only hope that Bill & Ted 3 doesn’t repeat the mistake of Dumb and Dumber To of turning their dim-witted but generally agreeable protagonists into hostile jerks.

Bill & Ted Face the Music opens in theaters on August 21. It is just one big movie (relatively speaking) opening this year to play off of 1980’s and 1990’s nostalgia, alongside Sonic the Hedgehog, Wonder Woman 1984, Top Gun: Maverick. Jason Reitman’s Ghostbusters: Afterlife would have counted as well, but it was delayed to March of 2021. That’s the other big factor. The notion of parents taking their kids with them to a Bill and Ted movie only applies if parents feel comfortable taking their kids with them to a movie theater in just over two months from now. If the nostalgic adults don’t feel safe going to a theater either by themselves or with their kids, it doesn’t matter how strong of an example of “multi-generational nostalgia” Bill & Ted Face the Music turns out to be.