Once there were bread and circuses. Now there are DJ sets and kebabs.

As thousands of Russians prepare for opposition protests for the third straight weekend in Moscow, the city government is laying on festivals that it hopes will lure young people away from political activity.

The dubiously named Meat&Beat, to be held this weekend, is described as a “musical-gastronomic festival” – and also typifies Moscow’s embrace of hipster aesthetics as a salve for the irritations of one-party rule.

It follows a similar festival called Shashlik Live, pairing grilled meat with “all your favourite Russian rock musicians” that appeared last week as if from thin air. Organisers claim that they attracted 305,000 visitors, a widely disputed total that would make the last-minute cookout one-and-a-half times larger than Glastonbury.

The parties are part of a broad and energetic effort by Russia’s government to deflate protests against the disqualification of independent candidates in Moscow’s municipal elections.

Since the recent round of protests began police have detained more than 2,000 people, charged 11 with rioting, opened a money laundering case against anti-corruption researchers, threatened a family with taking away their infant son, reviewed the debt and military service records of protesters and made liberal use of batons in preserving the peace.

But the so-called “spoiler festivals” are also indicative of a government unlikely to make concessions and focused instead on tactics to win over young people and those sceptical of the protests.

“It is an attempt to distract people with a festival, a positive spectacle,” said Tatiana Stanovaya, a political scientist. “The opposition may believe it is stupid, and of course there were not 300,000 people last week, but there are many people in Moscow who are neutral or negative to the protests. This is an appeal to them.”

The Europa Plus music festival in Moscow on 27 July. Photograph: Vladimir Gerdo/TASS

“It’s a complete denial of the reasons for the conflict behind the protests,” she continued. “The government is acting as if there is no problem at all.”

Days before last week’s protests, when 1,000 people were detained and mobile internet was shut down over much of central Moscow, the city announced a kebab and rock festival for Gorky Park.

It did not go smoothly. Several of the musical acts slated to play at Shashlik Live said they had been included in the lineup without their permission, and turned down the bookings because it conflicted with the protest.

“100 more times people [went to Shashlik Live], than the protests,” wrote Margarita Simonyan, the editor of the state-funded RT. “Which leads to the conclusion that just like 20 years ago, the noise in the political internets has nothing to do with reality.”

Ilya Varlamov, a blogger-turned-businessman who often covers urban issues, noted that the Moscow government regularly inflates attendance figures at its events, including a burger festival that supposedly attracted 570,000 people. 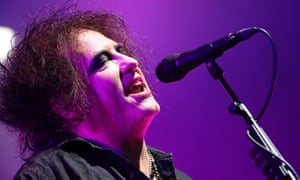 Robert Smith of the Cure at the Afisha Picnic event in Moscow on 3 August. Photograph: Anton Novoderezhkin/TASS

“We can’t just not trust the official site of the mayor and Margarita Simonyan,” he wrote in an acerbic blog post after last week’s protests. “So I suggest that we just congratulate Moscow with its success. It’s not every day that shashlik, jam and burgers can gather more people together than Jimi Hendrix at the height of his fame.”

The tactic of alternative programming was used during the 2011-12 protests, when the government set up pro-Putin rallies, Stanovaya noted. Attendance could top 150,000 at those events, exceeding the size of anti-Putin protests, although some supporters were bussed in.

But in the new Moscow, pro-Putin rallies are unlikely to return. Instead, Kremlin figures have sought to challenge young political energies toward social activism and the opposition protest this weekend will be recognised by the city. But, late in negotiations, the city told opposition members they would not be allowed to have music during the event.

“They don’t want it to be a celebration,” Stanovaya said. The organisers have said they will have music anyway.