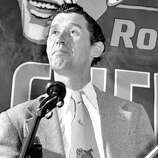 “There was a saying: ‘The blues had a baby and they called it rock & roll.’ I always say, ‘Yeah, and I think the daddy was a hillbilly.” That’s Country Music Hall of Fame member Bobby Braddock, writer of songs including “He Stopped Loving Her Today,” on the genesis of rock music. He makes the case that its birth, near the end of the first half of the 20th century, was as influenced by country music as it was the blues.

Braddock is just one of the many esteemed contributors participating in Ken Burns’ Country Music, which premieres Sunday, September 15th, on PBS. Tracing country’s roots back to Africa, where the banjo was first invented, and to the fiddle music of European immigrants who settled in the Appalachian Mountains, Episodes One through Four include appearances from Dolly Parton, Marty Stuart, Rhiannon Giddens, and Ketch Secor of Old Crow Medicine Show, as country musicians and scholars, including author Alice Randall and historian Bill C. Malone, provide historical context and colorful detail to accompany the literally hundreds of still and moving images onscreen.

Narrated by actor Peter Coyote, the first four episodes of the exhaustively researched and intensely compelling film run through Wednesday, with the second part beginning a week September 22nd. Here are 10 things we learned from Week One.

Fiddlin’ John Carson, one of country music’s first major stars, performed throughout the South at some controversial events.
John Carson was a 50-year-old factory worker in Atlanta in the early Twenties, making $10 a week. Passionate about music since his grandfather had given him a fiddle when he was 10, he performed as Fiddlin’ John Carson, playing with fellow part-time musicians at square dances, store openings, and Confederate veterans’ reunions — as well as political events including Ku Klux Klan gatherings and a rally for Communist organizers. He would soon begin playing regularly on Atlanta’s WSB, the South’s first radio station.

African-American musician Lesley Riddle played a vital role in developing country music by assisting the Carter Family in “songcatching.”
Carter Family patriarch A.P. Carter gathered songs from the hills and hollers of Appalachia with invaluable help from Riddle, who had a facility for remembering melodies and music, while Carter focused on the lyrics and stories. A.P.’s sister-in-law, Maybelle, invented a style of guitar-playing known as the “Carter scratch,” which directly influenced rock guitarist Duane Allman. When their records began to sell, A.P.’s wife, singer Sara Carter, and Maybelle both bought motorcycles with their royalty checks while A.P. purchased land.

Jimmie Rodgers collaborated with a jazz legend and had a fan in one of the most notorious outlaws of the Thirties.
Jimmie Rodgers, nicknamed “the Singing Brakeman” for his work on the railroad, is considered the Father of Country Music. He often spent his paychecks on Black Narcissus, a men’s perfume he discovered in New Orleans, which he felt masked the overpowering smell of railroad fumes. Rodgers collaborated with trumpeter and singer Louis Armstrong and his wife, pianist Lil Hardin Armstrong, who added jazz licks to Rodgers’ recording of “Blue Yodel No. 9.” During a crime spree with partner Clyde Barrow, Bonnie Parker spent a portion of the stolen cash on every Rodgers record she could find.

Singing cowboy and actor Gene Autry, who would sell millions of records with “Rudolph the Red-Nosed Reindeer,” once appeared in a sci-fi-themed musical Western.
In 1935, Autry landed his first lead role, playing himself in The Phantom Empire, a 12-part serial centered on Murania, an ancient underground civilization that’s discovered below Autry’s ranch. Autry’s popularity would soon be eclipsed by that of another cowboy singing star, Leonard Slye, better known as Roy Rogers. Rogers would become the only Country Music Hall of Fame member enshrined twice — as a solo act and as one of the Sons of the Pioneers.

After a shaky start, Roy Acuff became the Grand Ole Opry’s biggest draw, with Hank Williams noting he could outsell God.
Acuff and his band, then called the Crazy Tennesseans, had auditioned to appear on the Opry in the late Thirties, when the show was still taking place at the Dixie Tabernacle. Changing the name of his group to the Smoky Mountain Boys, he soon became the Opry’s most popular act. Acuff, who often balanced his fiddle bow, and sometimes his fiddle, on the end of his nose, was the main attraction of the Opry’s half-hour program nationally broadcast by NBC radio beginning in 1939. “For drawing power in the South, it was Roy Acuff, then God,” Hank Williams said later.

Life magazine went to Virginia to photograph the Carter Family for a cover story that never happened.
In November 1941, Life was preparing an extensive story about the growing popularity of country music. The members of the Carter Family were photographed at home and young June Carter saved all the used flashbulbs from the photographer’s camera as a souvenir. The story was pulled from the cover, however, in the wake of the December 7th attack on Pearl Harbor and the start of WWII. Several country stars would forgo their careers temporarily to enlist in the armed services.

Bob Wills and His Texas Playboys once had a young show promoter named Willie Nelson.
Texas teenager Willie Nelson promoted a local show by Wills and his band. The Western swing outfit, which was among the first to controversially introduce drums and trumpets on the Grand Ole Opry stage (along with Pee Wee King’s band), were shot into space in 1969, when astronaut Pete Conrad took a tape of the group’s “New San Antonio Rose” onboard Apollo 12, beaming the song to the entire world below. Nelson, meanwhile, went on to write the most popular jukebox hit of all time, “Crazy,” which was originally titled “Stupid.”

The rise of honky-tonk music also popularized flashier stage costumes.
Honky-tonk music was a sort of pared-down version of Western swing, with electrified instruments and drums but fewer members taking up space on the stage. Flamboyant stage outfits and more elaborate staging soon accompanied the boogie-woogie-inspired beat, which predated rock & roll. One of the most successful acts to take full advantage of this was the Maddox Brothers and Rose, four brothers and their sister originally from Alabama, who had migrated west during the Depression and lived for a while in a concrete culvert in Oakland. Hollywood tailor Nathan Turk designed clothes for them, while Turk’s biggest competitor, Nudie Cohn, made rhinestone suits that Little Jimmy Dickens was the first to wear on the Opry.

A Jimmie Rodgers memorial concert in Mississippi led to several country music-related reconciliations.
In May 1953, five months after the death of Hank Williams, the first-ever Jimmie Rodgers Day was held in Meridian to honor Rodgers on the 20th anniversary of his death.  The event drew more than 30,000 people and would mark the first time in 10 years the members of the original Carter Family would perform together, since, by that time, A.P. and Sara Carter had divorced. The event also brought an end — for the day, at least — to a longstanding feud between Bill Monroe and his brother Charlie, who had split as a duo in 1938.

Songwriters Boudleaux and Felice Bryant had producer-musician Chet Atkins to thank for preserving some of their song ideas.
The married couple, who penned such classics as “Rocky Top,” “Love Hurts” and several of the Everly Brothers biggest hits, including “Wake Up Little Susie,” “Bye Bye Love,” and “Devoted to You” were incredibly prolific. One day, when 14 of Boudleaux’s song ideas were lost after his raincoat with the slips of paper containing those ideas disappeared, Atkins bought him a leather-bound ledger in which to write down lyrics. To date, more than 900 of the Bryants songs have been recorded, selling in excess of 500 million copies around the world.