Kwon Eun-bi landed well with fans Tuesday, being the first to kick off as a solo artist from the now-disbanded project girl group IZ*ONE. The idol-turned-soloist opened the door to a new chapter of her musical career with her first EP, “Open,” released Tuesday evening.

The six-song print is a package brimming with six different flavors, including a ballad track and several eye-catching performances, the singer said during an online press conference Tuesday.

“As the name suggests, the word ‘open’ means disclosing something new, so I tried to reveal other sides of me that fans might have not necessarily seen since I made my debut in 2018 as IZ*ONE,” Kwon said. She added that the term shows her strong determination to solidify her presence as a solo artist in the music scene.

The singer talked about finding it difficult to “get the album right the very first time.” Kwon said she had participated in all the procedures this time, from the preparation stage and styling to trying out fresh concepts and new music genres, which paved the way for a good album.

The versatile all-rounder made her debut as a lyricist for her lead track “Door.” She said she wanted to convey her story as Kwon Eun-bi, the solo artist, to fans. Kwon referred to the song as an “electro-swing-based melody, that serves as the main background, that blends brass instruments with funky-like jazz elements.”

Talking about why she came up with the word “door,” she spoke about how it could serve as a place that convenes people and allows others to meet new people in a completely unfamiliar setting. The musician desired the message behind the door as “showing other sides of me in a secret place,” saying the hidden venue could be reached by opening the door. 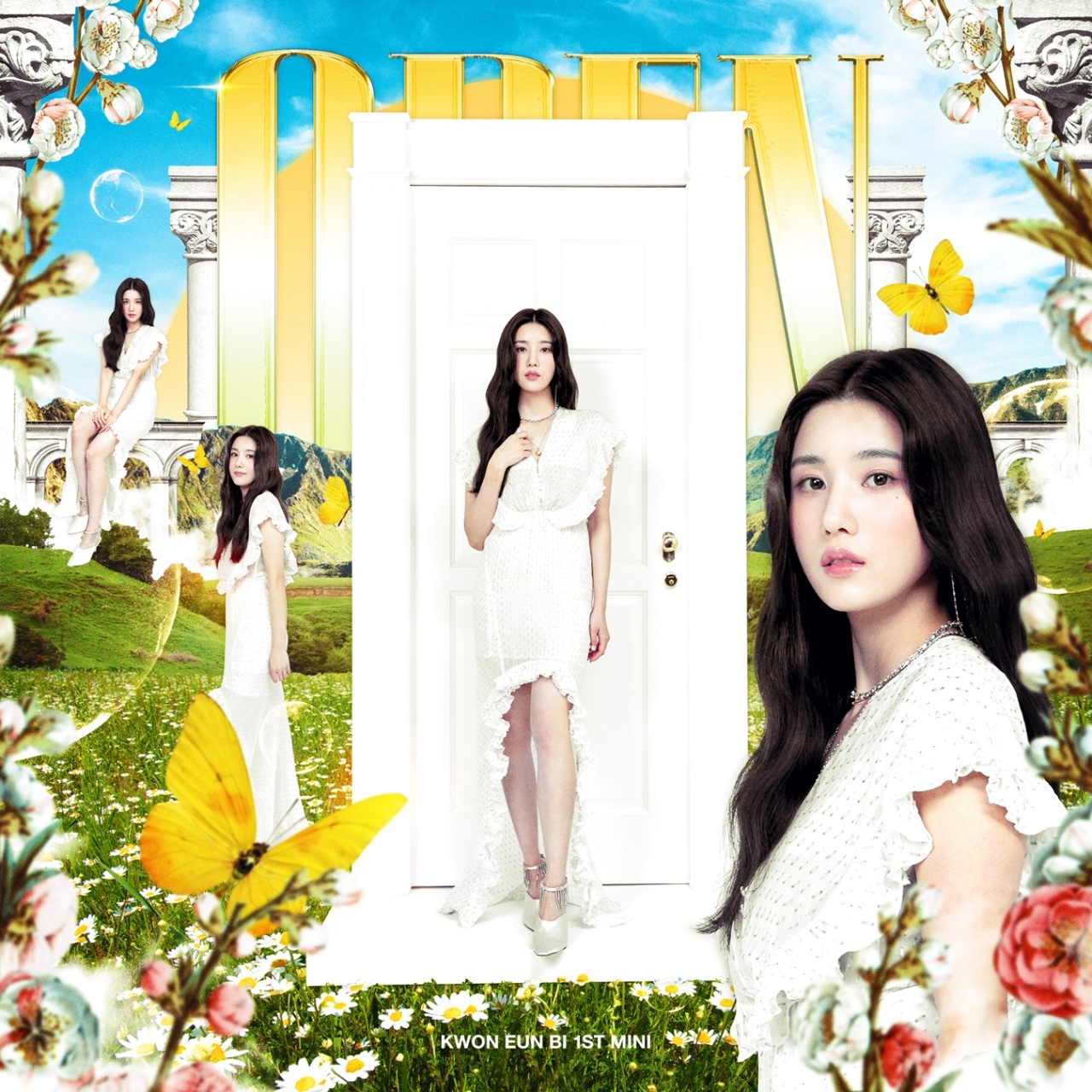 The singer and lyricist also debuted as a composer through side track “Raining Road,” hoping that the song would be on repeat on many people’s playlists during rainy days.

The up-and-coming K-pop act also spoke about how she came up with the idea for the stage performance. She said she was the one who first suggested decorating the stage as a Broadway musical. “I think I was able to pull out dance moves with the dancers, and we were able to create a high-quality performance,” she added.

She also said she delved into musical-based movies and watched various musical performances, videos and pictures as a reference, which was a big help when coming up with new ideas.

Adding to the excitement, the artist hinted at a snippet of the music video to be released later. She said the movie version of “Alice in Wonderland” was a big inspiration when plotting out the storytelling for the video. She added that she tried to pepper in a lot of musical elements for her choreography to highlight the visual aspects of her music.

When asked about what she aims to achieve as a female solo act, she said she wants to delight and garner both fans and music lover’s ears through her expanded musical taste.

“I personally revere BoA, also dubbed as Asia’s star. Just like her, I want to have broader music genres and concepts tailored to me and deliver my tune.”

The emerging music artist returns nearly four months after she bid farewell to fans as an idol member to respond to fans’ explosive love in her latest release.

The six-song package that shows the singer’s multifaceted voices and stage presence was released at 6 p.m. on Tuesday.